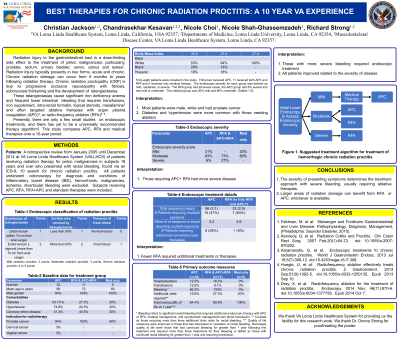 Results: Forty-eight patients were included in the study. Thirty-two received APC, 11 received both APC and RFA and 5 received only medical therapy. The endoscopic severity for each group was defined as mild, moderate, or severe. The RFA group had all severe cases, the APC group had 6% severe and rest mild or moderate. The medical group was 20% mild and 80% moderate (Table-1). Rates of bleeding, hospitalizations, transfusions, and improved quality of life did not show any significant differences; though the APC group had post treatment improvement in hemoglobulin (hg) levels, decreased bleeding, and fewer visits. This is likely due to less severe involvement.

Discussion: This ten-year experience makes, an attempt to outline a treatment strategy based upon the severity of the rectal involvement. RFA was used to treat large areas of involvement, and APC or medical therapy for lesser involvement. Each modality was successful in treating the patient depending on the area involved. 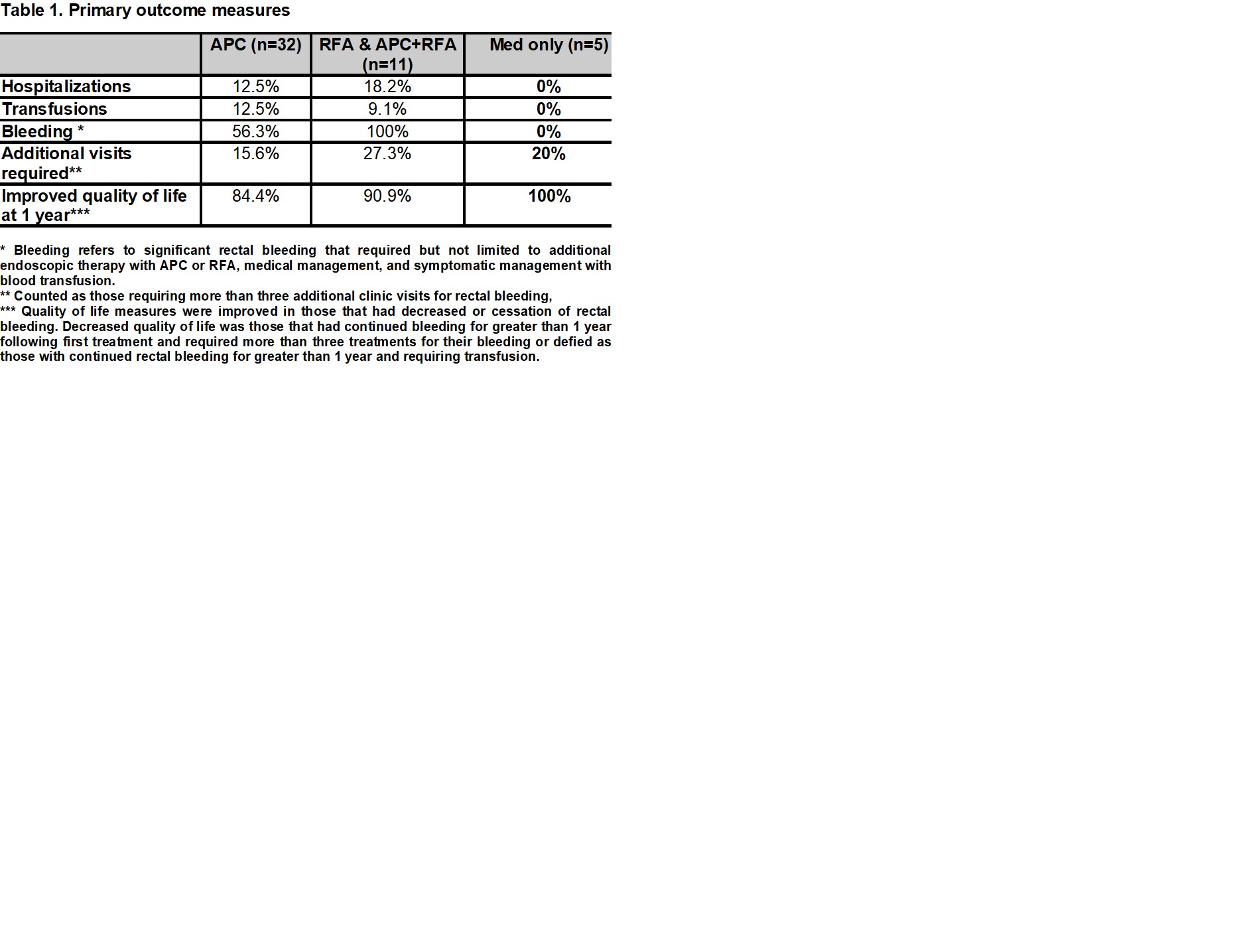