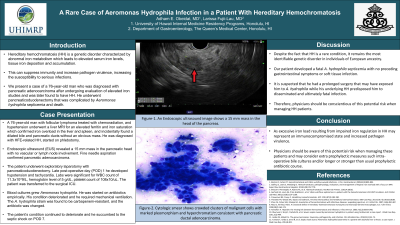 Introduction: Hereditary hemochromatosis (HH) is a genetic disorder characterized by abnormal iron metabolism which leads to elevated serum iron levels, tissue iron deposition and accumulation. This can suppress immunity and increase pathogen virulence, increasing the susceptibility to serious infections. We present a case of a 76-year-old man who was diagnosed with pancreatic adenocarcinoma after undergoing evaluation of elevated iron studies and was later found to have HH. He underwent pancreaticoduodenectomy that was complicated by Aeromonas hydrophila septicemia and death.

Case Description/Methods: A 76-year-old man with follicular lymphoma treated with chemoradiation, and hypertension underwent a liver MRI for an elevated ferritin and iron saturation. The MRI confirmed iron overload in the liver and spleen, and incidentally found a dilated bile and pancreatic ducts without an obvious mass. He was diagnosed with HFE-related HH, started on phlebotomy and was referred for an endoscopic ultrasound which revealed a 15 mm mass in the pancreatic head with no vascular or lymph node involvement. Fine needle aspiration confirmed pancreatic adenocarcinoma. The patient underwent exploratory laparotomy with pancreaticoduodenectomy. Late post-operative day 1 he developed hypotension and tachycardia. Labs were significant for WBC count of 11.3x10^9/L, hemoglobin level of 5 g/dL, platelet count of 108x10/uL, serum creatinine of 1.7mg/dL, elevated AST at 94 units/L, total bilirubin level of 1.7 mg/dL, and an elevated lactate. The patient was transferred to the surgical ICU. He was started on vasopressors and received blood transfusion. Blood cultures grew Aeromonas hydrophila. He was started on antibiotics empirically. His condition deteriorated and he required mechanical ventilation. The A. hydrophila strain was found to be carbapenem-resistant, and the antibiotic was changed. The patient’s condition continued to deteriorate and he succumbed to the septic shock on POD 7.

Discussion: Despite the fact that HH is a rare condition, it remains the most identifiable genetic disorder in individuals of European ancestry. Our patient developed a fatal A. hydrophila septicemia with no preceding gastrointestinal symptoms or soft tissue infection. It is suspected that he had a prolonged surgery that may have exposed him to A. hydrophila while his underlying HH predisposed him to disseminated and ultimately fatal infection. Therefore, physicians should be conscientious of this potential risk when managing HH patients. 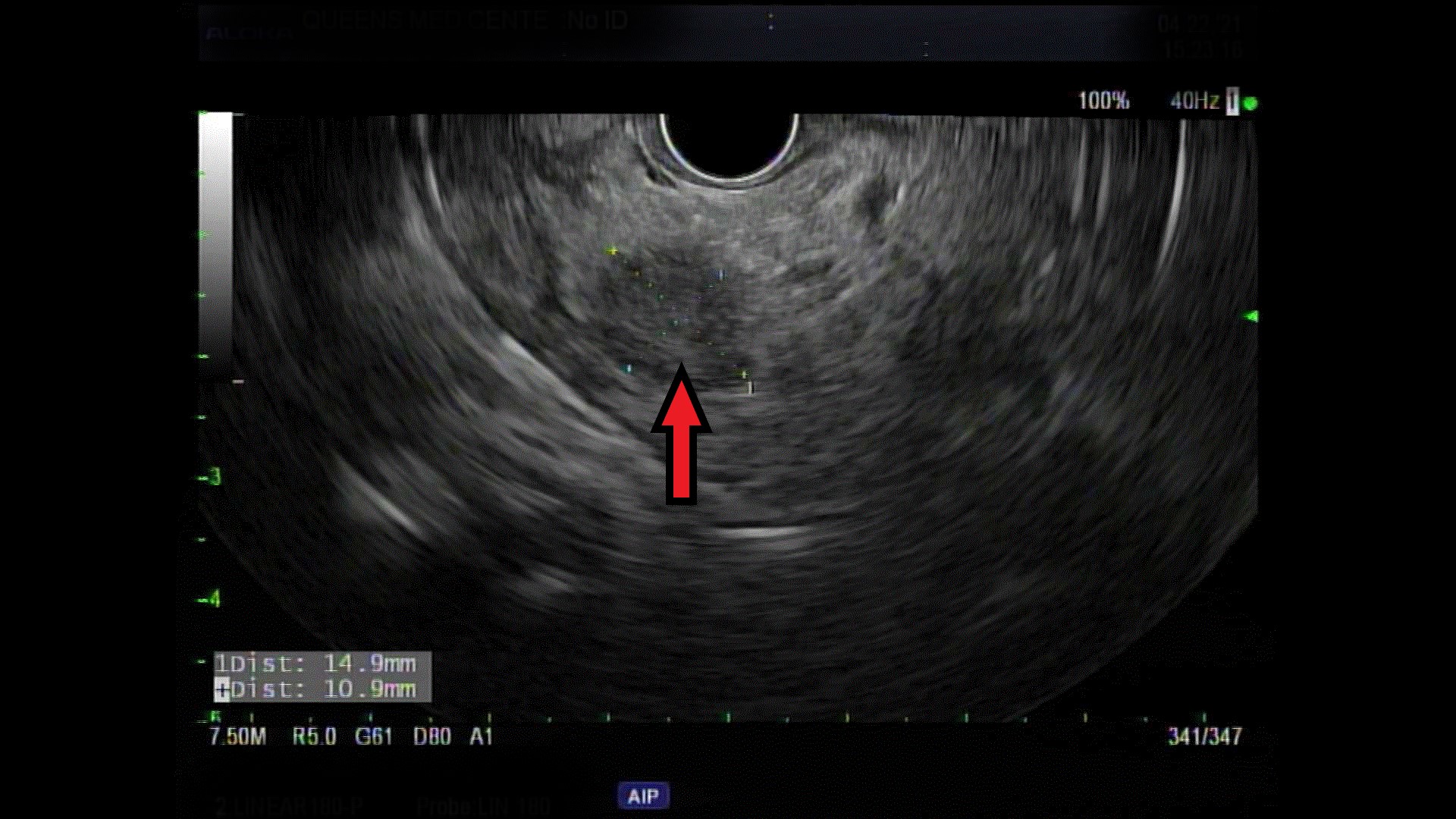