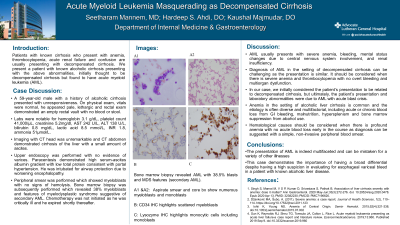 Case Description/Methods: A 59-year-old male with a history of alcoholic cirrhosis presented with unresponsiveness. On physical exam, vitals were normal, he appeared pale, lethargic and rectal exam demonstrated an empty rectal vault with no blood or stool. Labs were notable for hemoglobin 3.1 g/dL, platelet count 41,000/µL, creatinine 5.2mg/dl, AST 242 U/L, ALT 138 U/L, bilirubin 0.8 mg/dL, lactic acid 8.5 mmol/L, INR 1.8, ammonia 51µmol/L. Imaging with CT head was unremarkable and CT abdomen demonstrated cirrhosis of the liver with a small amount of ascites. Upper endoscopy was performed with no evidence of varices. Paracentesis demonstrated high serum-ascites albumin gradient with low total protein consistent with portal hypertension. He was intubated for airway protection due to worsening encephalopathy. Peripheral smear was performed which showed myeloblasts with no signs of hemolysis. Bone marrow biopsy was subsequently performed which revealed 38% myeloblasts and features of myelodysplastic syndrome suggestive of secondary AML. Chemotherapy was not initiated as he was critically ill and he expired shortly thereafter.

Discussion: AML usually presents with severe anemia, bleeding, mental status changes due to central nervous system involvement, and renal insufficiency. Diagnosis of AML in the setting of decompensated cirrhosis can be challenging as the presentation is similar. It should be considered when there is severe anemia and thrombocytopenia with no overt bleeding and multiorgan dysfunction. In our case, we initially considered the patient’s presentation to be related to decompensated cirrhosis, but ultimately, the patient’s presentation and laboratory abnormalities were due to AML with acute blast crisis. Anemia in the setting of alcoholic liver cirrhosis is common and the etiology is often diverse and multifactorial, including acute or chronic blood loss from GI bleeding, malnutrition, hypersplenism and bone marrow suppression from alcohol use. Hematological causes should be considered when there is profound anemia with no acute blood loss early in the course as diagnosis can be suggested with a simple, non-invasive peripheral blood smear. 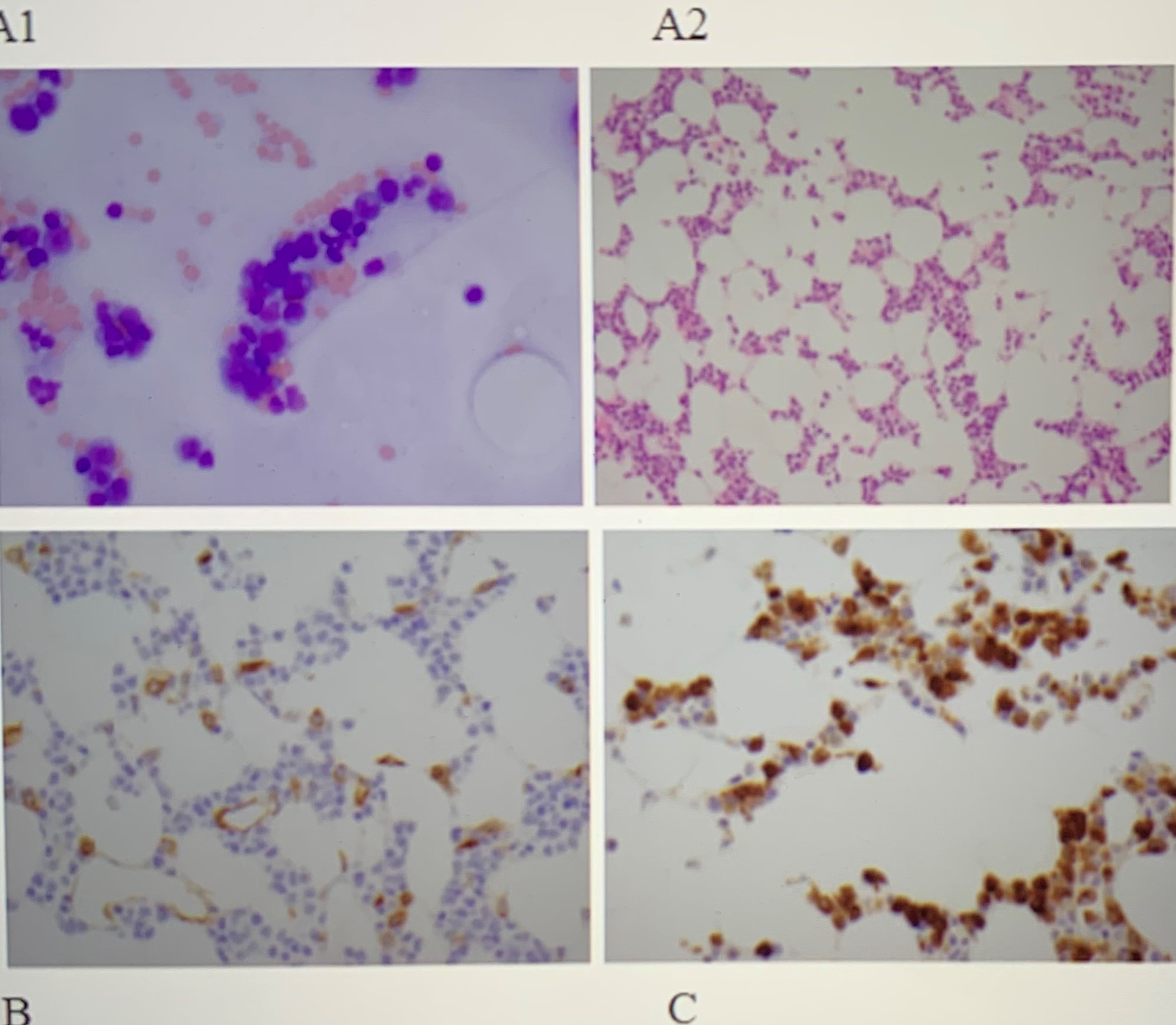