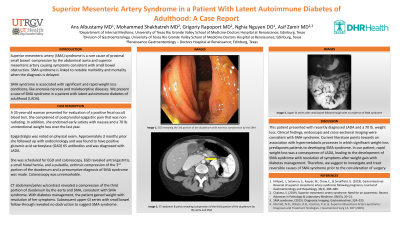 Case Description/Methods: A 35 year old woman presented for evaluation of a positive fecal occult blood test. She complained of postprandial epigastric pain that was non-radiating. In addition, she endorsed early satiety with nausea and a 70 lb. unintentional weight loss over the last year. Epigastralgia was noted on physical exam. Approximately 3 months prior she followed up with endocrinology and was found to have positive glutamic acid carboxylase (GAD) 65 antibodies and was diagnosed with LADA. She was scheduled for EGD and colonoscopy. EGD revealed antral gastritis, a small hiatal hernia, and a pulsatile, extrinsic compression of the 3rd portion of the duodenum and a presumptive diagnosis of SMA syndrome was made. Colonoscopy was unremarkable. CT abdomen/pelvis w/ contrast revealed a compression of the third portion of duodenum by the aorta and SMA, consistent with SMA syndrome. With diabetes management, the patient gained weight with resolution of her symptoms. Subsequent upper GI series with small bowel follow-through revealed no obstruction to suggest SMA syndrome.

Discussion: This patient presented with recently diagnosed LADA and a 70 lb. weight loss. Clinical findings, endoscopic and cross-sectional imaging were consistent with SMA syndrome. Current literature points towards an association with hypermetabolic processes in which significant weight loss predisposes patients to developing SMA syndrome. In our patient, rapid weight-loss was a consequence of LADA, leading to the development of SMA syndrome with resolution of symptoms after weight gain with diabetes management. Therefore, we suggest to investigate and treat reversible causes of SMA syndrome prior to the consideration of surgery. 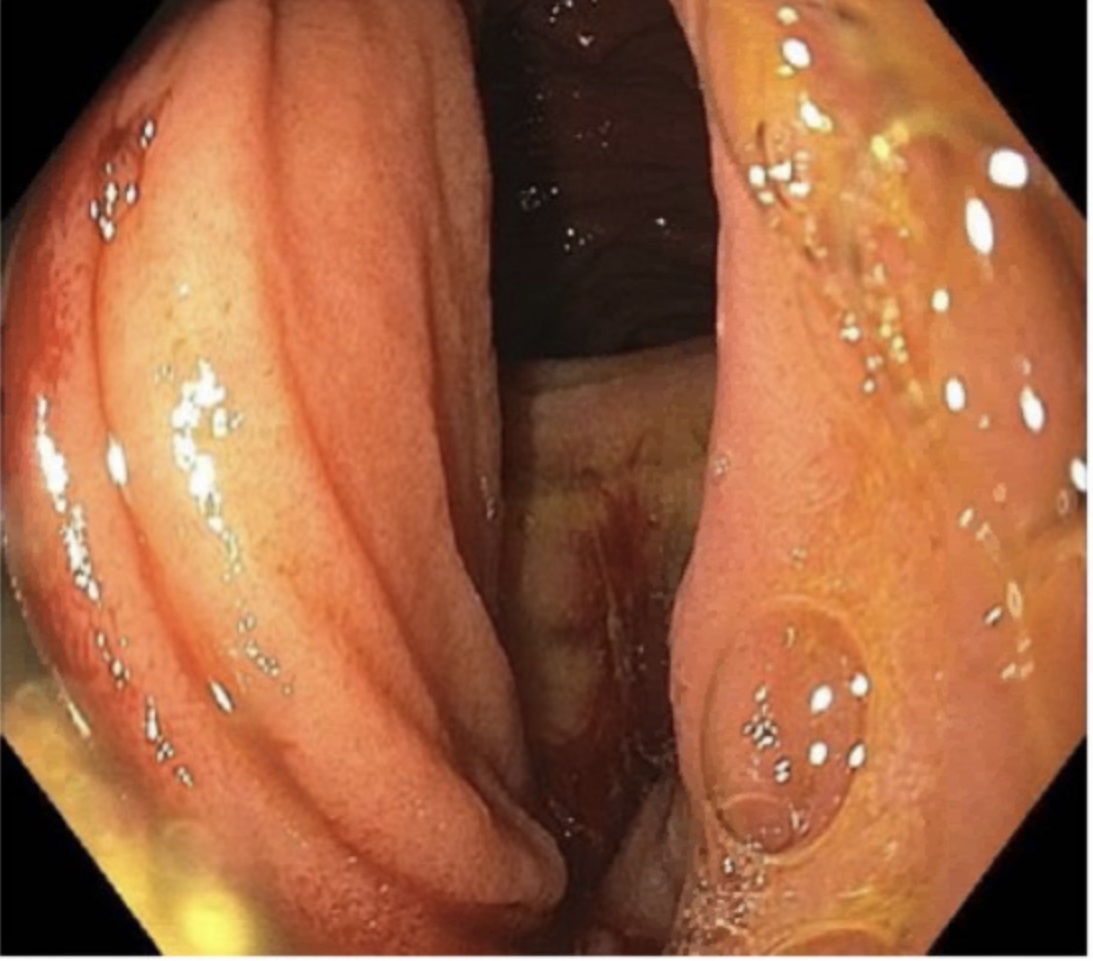 Figure: EGD revealing the 3rd portion of the duodenum with extrinsic compression by the SMA