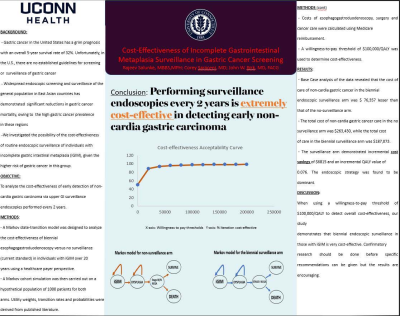 Methods: - A Markov state-transition model was designed to analyze the cost-effectiveness of biennial esophagogastroduodenoscopy versus no surveillance (current standard) in individuals with iGIM over 20 years using a healthcare payer perspective.

- A Markov cohort simulation was then carried out on a hypothetical population of 1000 patients for both arms. Utility weights, transition rates and probabilities were derived from published literature.

- A willingness-to-pay threshold of $100,000/QALY was used to determine cost-effectiveness.

Results: - Base Case analysis of the data revealed that the cost of care of non-cardia gastric cancer in the biennial endoscopic surveillance arm was $ 76,357 lesser than that of the no-surveillance arm.

- The surveillance arm demonstrated incremental cost savings of $6815 and an incremental QALY value of 0.076. The endoscopic strategy was found to be dominant.

Discussion: When using a willingness-to-pay threshold of $100,000/QALY to detect overall cost-effectiveness our study demonstrates that biennial endoscopic surveillance in those with iGIM is very cost-effective. Confirmatory research should be done before specific recommendations can be given but the results are encouraging. 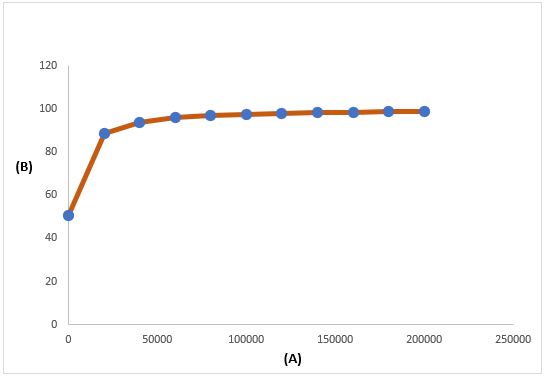