P1006 - A Rare Case of Gastric Schwannoma in Asymptomatic Patient

Introduction: Schwannomas, also known as neuromas or neurilemomas are the most common benign tumors of peripheral nerves. It can occur any where in the body with most common location is intracranial called as Vestibular schwannoma/Acoustic neuroma. We present a unique case of Gastric Schwannoma, in asymptomatic patient.

Discussion: Schwannoma also sometimes called as Neuroma or neurilemmoma are rare benign tumors arising from Schwann cells of nerve sheaths of peripheral nerves. Schwannoma arising for gastrointestinal tract is rare with stomach being the most common location. Gastric schwannoma comprises of < 0.2% of gastric neoplasm. They usually occur in any age but more predominant in middle-aged women. They are usually benign with overall good prognosis and low recurrence rates, malignant potential do exist but rare. The diagnosis of schwannoma is based on tissue histology with further confirmation by immuno-histochemical markers. Immuno-histostain shows strong staining for S100 and negative for CD117, PanKeratin, Actin, HMB45 and Mart1. They are commonly misdiagnosed as GIST, hence differentiating by Histopathology and Immunostains is very important because their management is different. 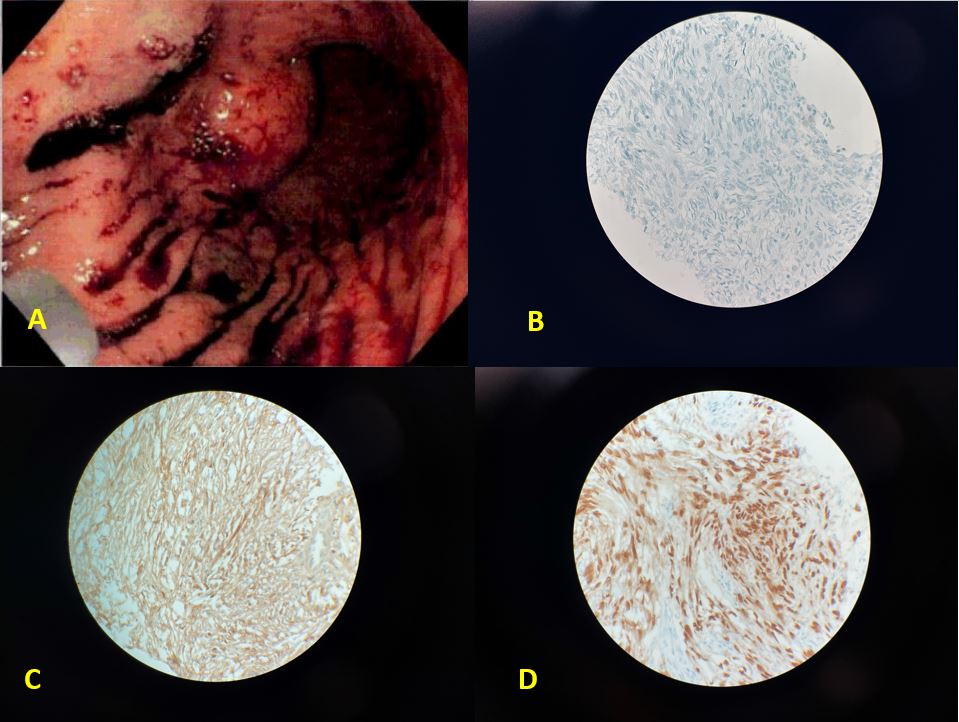