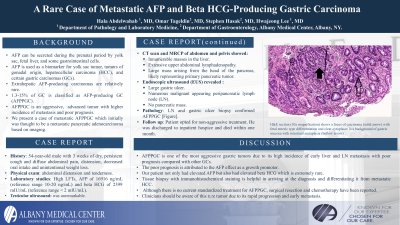 Introduction: Alpha fetoprotein (AFP) is an oncogenic glycoprotein which is normally expressed during gestation. AFP can be secreted during the prenatal period by yolk sac, fetal liver, and some gastrointestinal cells. AFP is used as a biomarker for yolk sac tumor, tumors of gonadal origin, hepatocellular carcinoma (HCC), and certain gastric carcinomas (GCs). Extrahepatic AFP-producing carcinomas are relatively rare. 1.3-15% of GC is classified as AFP-producing GC (AFPPGC). AFPPGC is an aggressive, usually advanced tumor with higher incidence of metastasis and poor prognosis. We present a case of metastatic AFPPGC which initially was thought to be a metastatic pancreatic adenocarcinoma based on imaging.

Discussion: AFPPGC is one of the most aggressive gastric tumors due to its high incidence of early liver and LN metastasis with poor prognosis compared with other GCs. The poor prognosis is attributed to the AFP effect as a growth promoter. Our patient not only had elevated AFP but also had elevated beta HCG which is extremely rare. Tissue biopsy with immunohistochemical staining is helpful in arriving at the diagnosis and differentiating it from metastatic HCC. Although there is no current standardized treatment for AFPPGC, surgical resection and chemotherapy have been reported. Clinicians should be aware of this rare tumor due to its rapid progression and early metastasis. 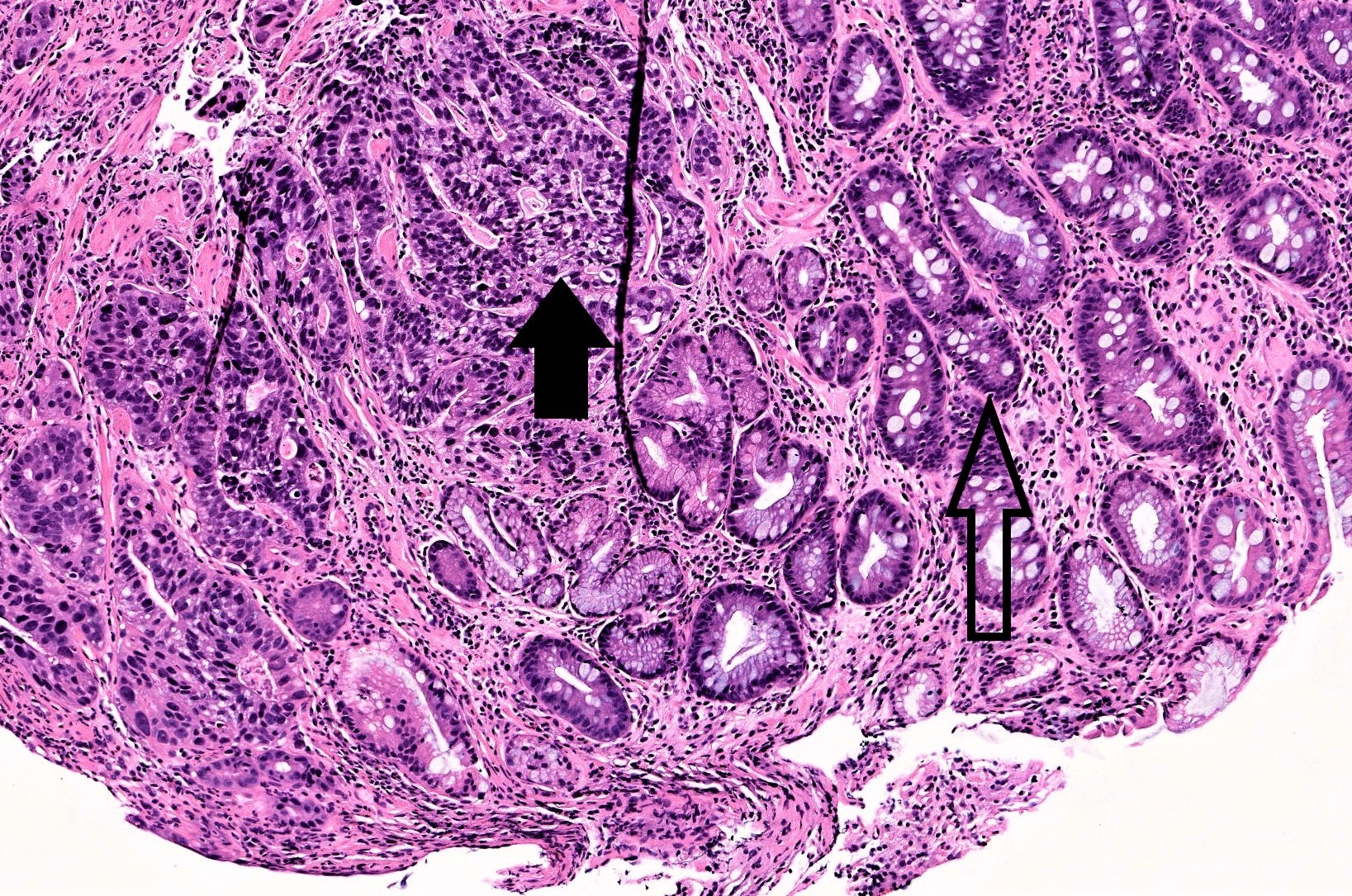