P1428 - An Atypical Case of Lymphocytic Esophagitis in a Young Female 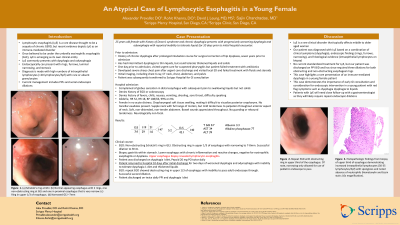 Introduction: Lymphocytic esophagitis (LyE) is a rare clinical disease with growing recognition as a distinct immune-mediated clinical entity, similar to eosinophilic esophagitis (EoE). We present a case of a young female who presented with progressive dysphagia and was ultimately diagnosed with LyE.

Case Description/Methods: A 25 year old female presented with esophageal dysphagia. In particular, she reported increasing difficulty with solids. An EGD evaluation revealed a Schtazki’s ring at the gastroesophageal junction and an obstructing ring in the upper-third of the esophagus, which was narrowed to 7-8mm. Subsequently, the narrowing was traversed and then successfully dilated. Upper esophageal biopsies revealed no histopathological evidence of EoE (no granulocytes) but did reveal lymphocytic esophagitis (30-35 lymphocytes/hpf). The patient was discharged on an H2-antagonist with plans for repeat dilations. After her second dilation, she was switched to a PPI. She has since completed three dilations and continues treatment with a PPI. Her dysphagia at this time has resolved.

Discussion: Of late, there has been a growing recognition of LyE in the literature as its own distinct diagnostic entity. It is a rare diagnosis, affecting only ~0.1% of the population, but has been more prevalently diagnosed over recent years. Previously, LyE was thought to be a sequela of conditions such as GERD but growing evidence points to it as a discrete immune-mediated disorder, like EoE. Similar to EoE, LyE presents with dysphagia and shares endoscopic findings including rings, furrows, luminal narrowings and stenosis. While both are infiltrative esophageal diseases, LyE is different in a few key areas. Firstly, LyE is defined by high numbers of intraepithelial lymphocytes ( >20 lymphocytes/hpf) whereas EoE is identified by its characteristic eosinophilic histopathology (≥15 eosinophils/hpf). Secondly, LyE is typically thought to affect females (especially in their sixth decade of life) whereas EoE is more common in males. Currently, there are no standardized guidelines for management of LyE. Some clinicians elect to treat LyE similarly to EoE with the use of PPIs and endoscopic dilation (if narrowing or strictures are present). Our case highlights not only a rare and increasingly recognized distinct entity but also shows a slightly atypical presentation in a young female. Currently there is limited information on LyE including a poorly understood natural history and no strong data on best practices of management. 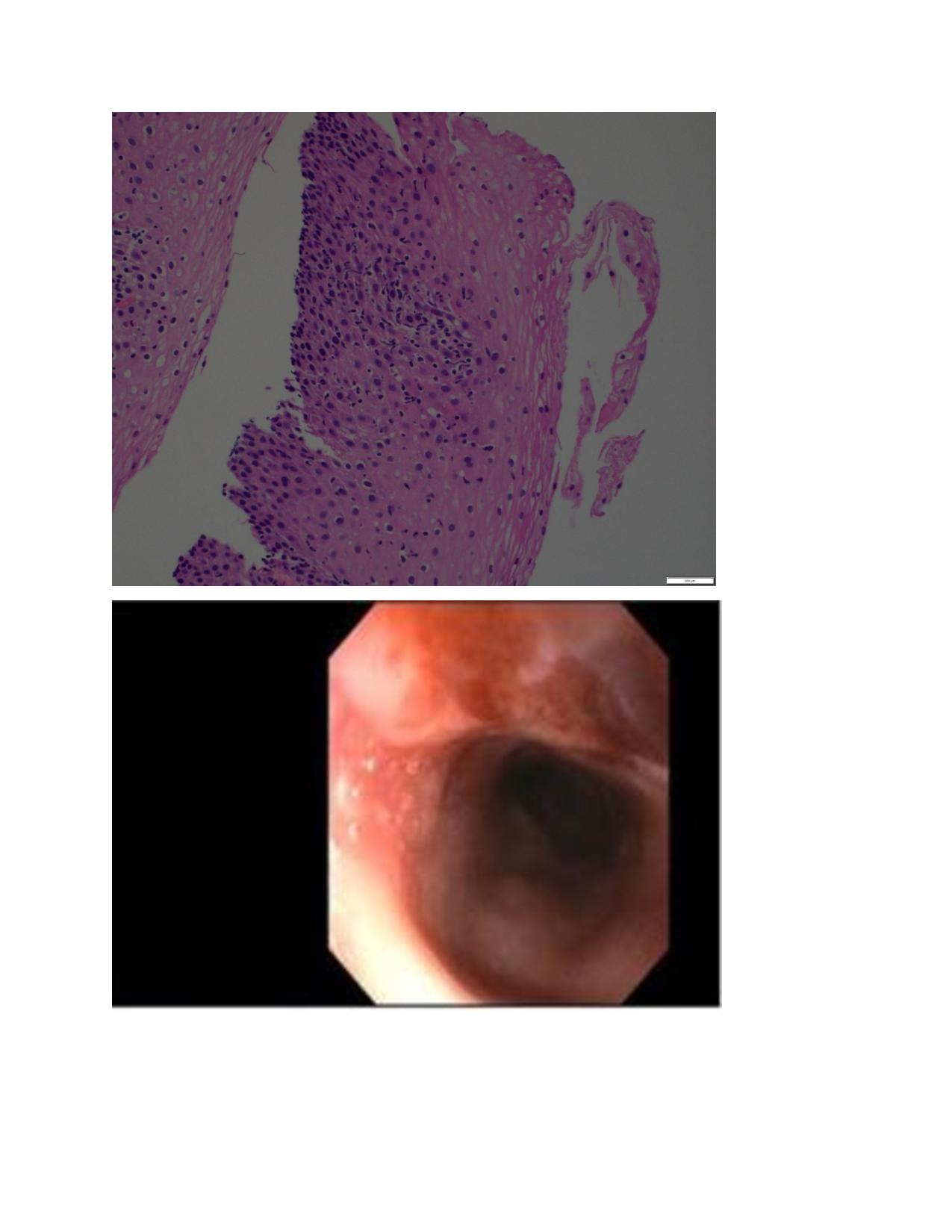 Figure 2: Upper endoscopy demonstrating the obstructing ring and narrowing of the upper third of esophagus.