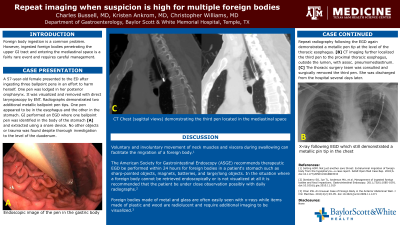 Introduction: Foreign body ingestion is a common occurrence in the emergency department. However, ingested foreign bodies penetrating the upper GI tract and entering the mediastinal space is a fairly rare event and requires careful management.

Case Description/Methods: A 57-year-old female presented to the emergency department after ingesting three ballpoint pens in an effort to harm herself. One pen was lodged in her posterior oropharynx. It was visualized on physical exam and was removed with direct laryngoscopy by ENT. Radiography of the chest, neck, and abdomen demonstrated two additional metallic ballpoint pen tips. One pen was overlying the midpoint of the esophagus and the other was located over the gastric body. GI performed an EGD where a posterior oropharynx ulceration was visualized and one ballpoint pen was identified in the body and fundus of the stomach. The pen was extracted using a snare device. No other pen was found despite thorough investigation to the level of the duodenum. Repeat radiography following the EGD again demonstrated a metallic pen tip at the level of the thoracic esophagus. CT imaging further localized the third pen to the proximal thoracic esophagus, outside the lumen, with associated pneumomediastinum. The thoracic surgery team was consulted and surgically removed the third pen. She was discharged from the hospital several days later.

Discussion: This case highlights the importance of additional imaging when there is a high index of suspicion for a possible migrating foreign body. The American Society for Gastrointestinal Endoscopy (ASGE) recommends therapeutic EGD be performed within 24 hours for foreign bodies in a patient's stomach such as sharp-pointed objects, magnets, batteries, and large/long objects. In the situation where a foreign body cannot be retrieved endoscopically or is not visualized at all it is recommended that the patient be closely observed possibly with daily radiographs. [1] In this case, the tips of the pens were seen on x-ray, but a post endoscopy CT scan was required to fully appreciate the location of the final pen outside the lumen of the esophagus. 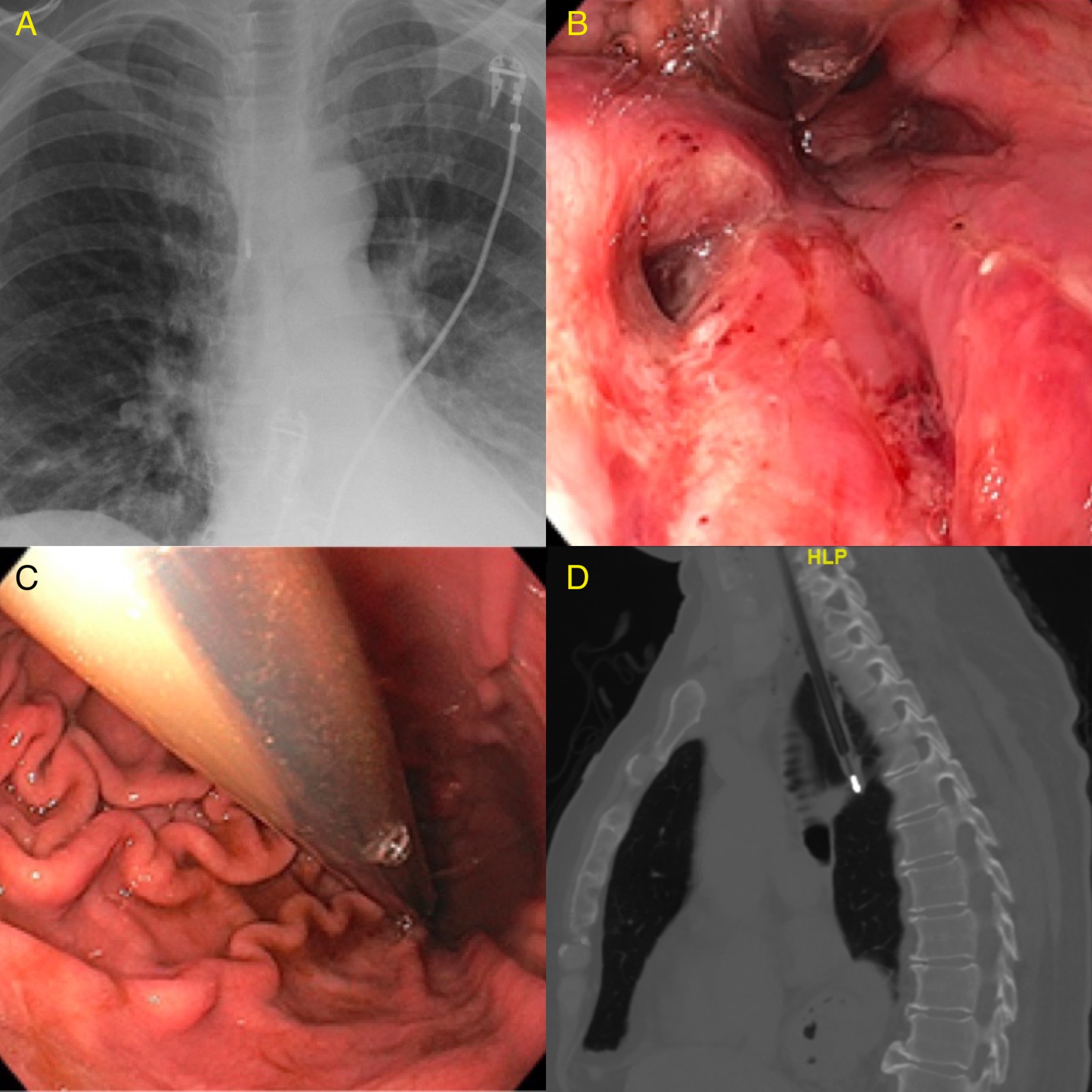