P1809 - The Epidemiology of Non-Alcoholic Steatohepatitis (NASH) in the United States Between 2010-2020: A Population-Based Study 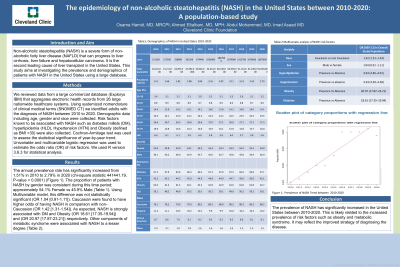 Introduction: Non-alcoholic steatohepatitis (NASH) is a severe form of non-alcoholic fatty liver disease (NAFLD) that can progress to liver cirrhosis, liver failure and hepatocellular carcinoma. It is the second leading cause of liver transplant in the United States. This study aims at investigating the prevalence and demographics of patients with NASH in the United States using a large database.

Methods: We reviewed data from a large commercial database (Explorys IBM) that aggregates electronic health records from 26 large nationwide healthcare systems. Using systemized nomenclature of clinical medical terms (SNOMED CT) we identified adults with the diagnosis of NASH between 2010 to 2020. Demographic data including age, gender and race were collected. Risk factors known to be associated with NASH such as diabetes millets (DM), hyperlipidemia (HLD), Hypertension (HTN) and Obesity (defined as BMI >30) were also collected. Cochran-Armitage test was used to assess the statistical significance of year-by-year trend. Univariable and multivariable logistic regression was used to estimate the odds ratio (OR) of risk factors. We used R version 3.6.3 for statistical analysis.

Discussion: The prevalence of NASH has significantly increased in the United States between 2010-2020. This is likely related to the increased prevalence of risk factors such as obesity and metabolic syndrome. It may reflect the improved strategy of diagnosing the disease. 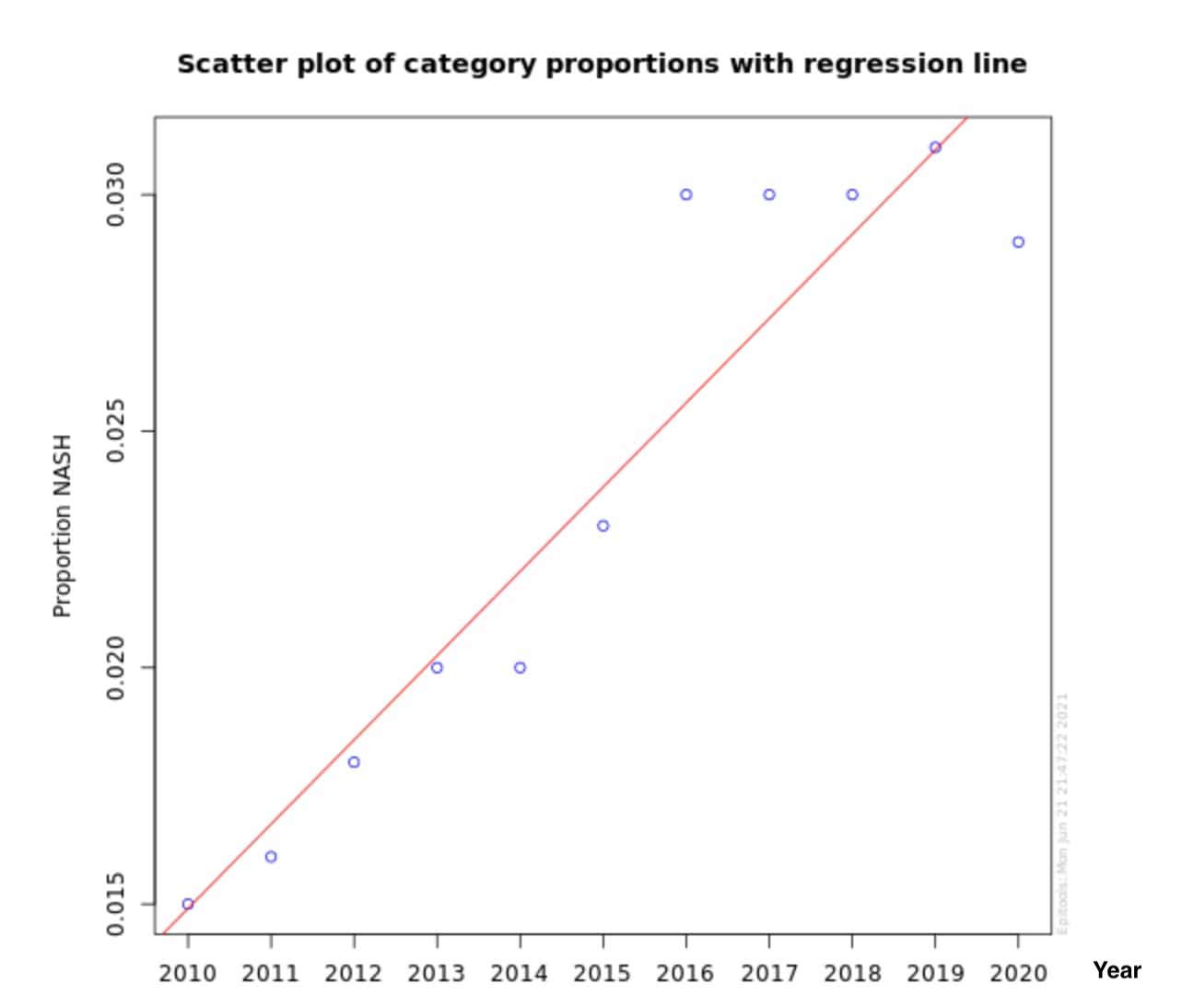