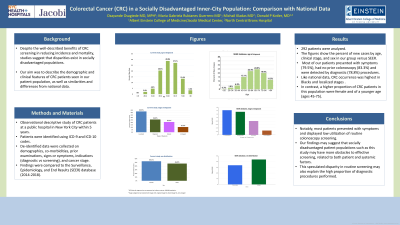 Introduction: Despite the well-described benefits of CRC screening in reducing incidence and mortality, studies suggest that disparities exist in socially disadvantaged populations. Our aim was to describe the demographic and clinical features of CRC patients seen in our patient population, as well as similarities and differences from national data.

Methods: Observational descriptive study of CRC patients at a public hospital in New York City within 5 years. Patients were identified using ICD-9 and ICD-10 codes. De-identified data were collected on demographics, co-morbidities, prior examinations, signs or symptoms, indications (diagnostic vs screening), and cancer stage. Findings were compared to the Surveillance, Epidemiology, and End Results (SEER) database (2014-2018).

Results: 292 patients were identified. Figure 1 shows the percent of new cases by age, clinical stage, and sex in our group and in SEER. Most of our patients presented with symptoms (79.5%) and had no prior colonoscopy (83.3%), and were detected by diagnostic (78.8%) procedures.

Discussion: Similar to national data, CRC occurrence was highest in Blacks and localized stages in this study. In contrast, a higher proportion of CRC patients in this population were female and of a younger age (ages 45-75) compared to national data. Notably, most patients presented with symptoms and displayed low utilization of routine colonoscopy screening, which may suggest that socially disadvantaged patient populations such as this study may have more obstacles to effective screening, related to both patient and systemic factors. This speculated disparity in routine screening may also explain the high proportion of diagnostic procedures performed. 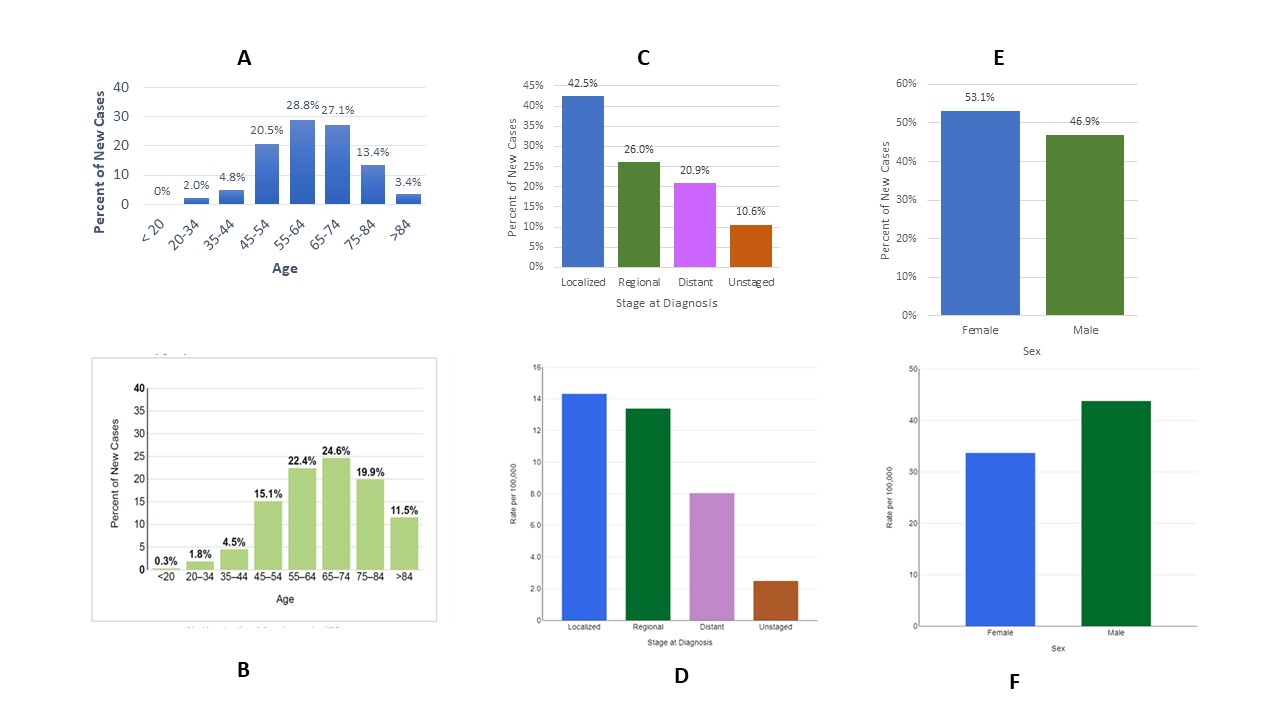