P2448 - An Unusual Cause of Dysphagia 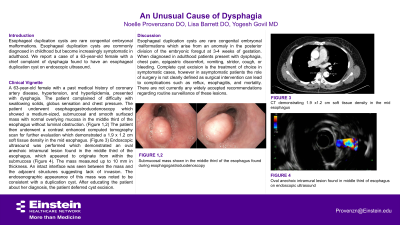 Case Description/Methods: A 63 - year - old female with a past medical history of coronary artery disease, hypertension, and hyperlipidemia, presented with dysphagia. The patient complained of difficulty with swallowing solids, globus sensation and chest pressure. The patient underwent esophagogastroduodenoscopy which showed a medium-sized, submucosal and smooth surfaced mass with normal overlying mucosa in the middle third of the esophagus without luminal obstruction. The patient then underwent a contrast enhanced computed tomography scan for further evaluation which demonstrated a 1.9 x 1.2 cm soft tissue density in the mid esophagus. Endoscopic ultrasound was performed which demonstrated an oval anechoic intramural lesion found in the middle third of the esophagus, which appeared to originate from within the submucosa (Image 1). The mass measured up to 10 mm in thickness. An intact interface was seen between the mass and the adjacent structures suggesting lack of invasion. The endosonographic appearance of this mass was noted to be consistent with a duplication cyst. After educating the patient about her diagnosis, the patient deferred cyst excision.

Discussion: Esophageal duplication cysts are rare congenital embryonal malformations which arise from an anomaly in the posterior division of the embryonic foregut at 3 - 4 weeks of gestation. When diagnosed in adulthood patients present with dysphagia, chest pain, epigastric discomfort, vomiting, stridor, cough, or bleeding. Complete cyst excision is the treatment of choice in symptomatic cases, however in asymptomatic patients the role of surgery is not clearly defined as surgical intervention can lead to complications such as reflux, esophagitis, and mortality. There are not currently any widely accepted recommendations regarding routine surveillance of these lesions. 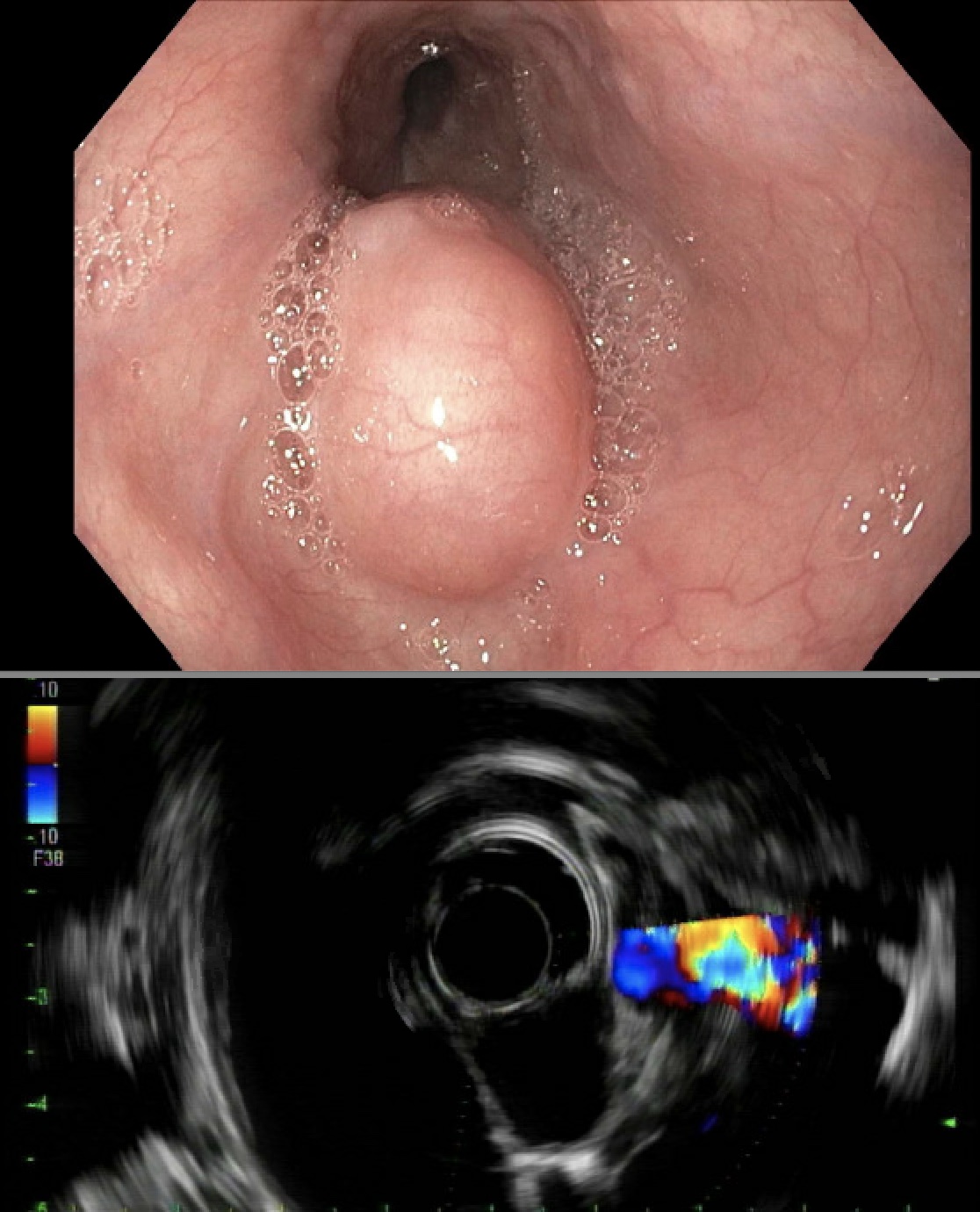