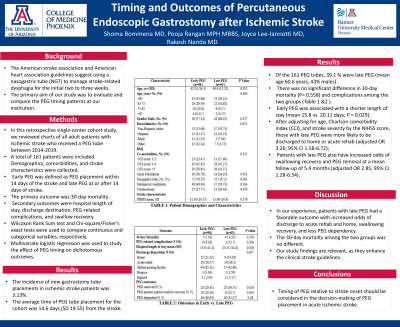 Introduction: The American stroke association and American heart association guidelines suggest using a nasogastric tube (NGT) to manage stroke-related dysphagia for the initial two to three weeks. Previous studies have shown increased mortality for early Percutaneous endoscopic gastrostomy (PEG) compared to NGT. The primary aim of our study was to evaluate and compare the PEG timing patterns at our institution.

Methods: In this retrospective single-center cohort study, we reviewed charts of all adult patients with ischemic stroke who received a PEG tube between 2014-2019. A total of 161 patients were included (Figure 1). Demographics, comorbidities, and stroke characteristics were collected. Early PEG was defined as PEG placement within 14 days of the stroke and late PEG at or after 14 days of stroke. The primary outcome was 30-day mortality. Secondary outcomes were hospital length of stay, discharge destination, PEG-related complications, and swallow recovery. Wilcoxon Rank Sum test and Chi-square/Fisher’s exact tests were used to compare continuous and categorical variables, respectively. Multivariate logistic regression was used to study the effect of PEG timing on dichotomous outcomes.

Discussion: In our experience, patients with late PEG had a favorable outcome with increased odds of discharge to acute rehab and home, swallowing recovery, and less PEG dependency. The 30-day mortality among the two groups was no different. Our study findings are relevant, as they enhance the clinical stroke guidelines. Timing of PEG relative to stroke onset should be considered in the decision-making of PEG placement in acute ischemic stroke. 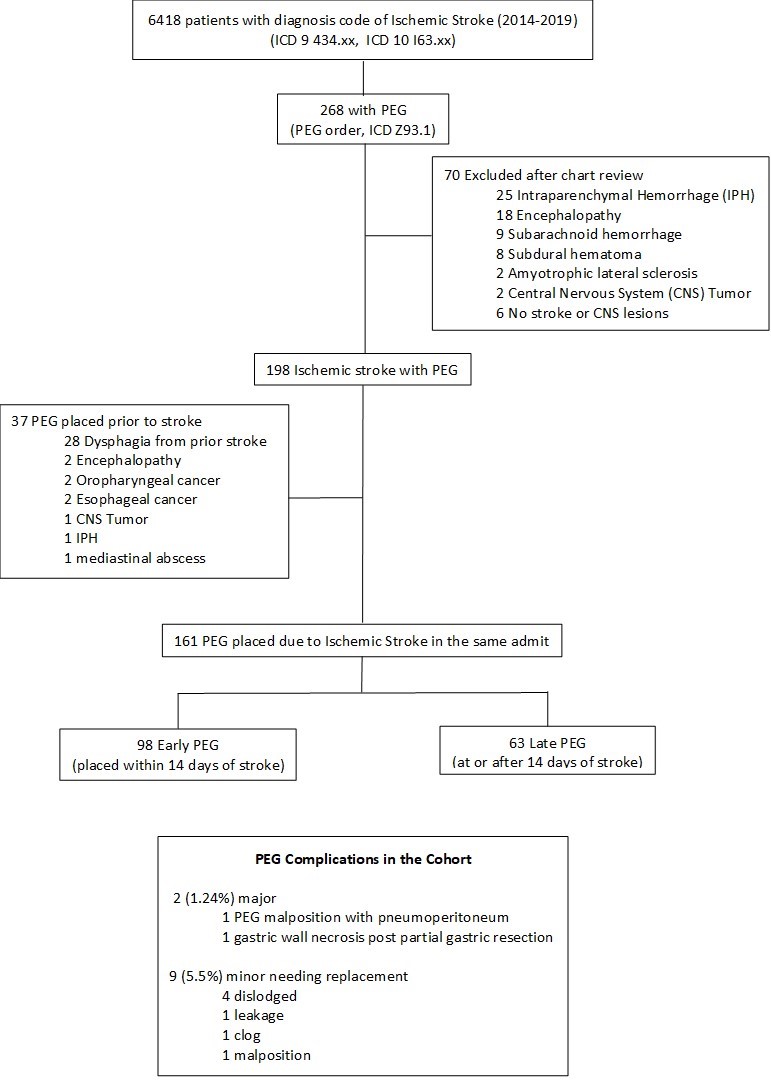