Introduction: Limited data exists regarding treatment of pedunculated submucosal tumors. Endoscopic snare cautery polypectomy of these lesions is associated with an increased risk of post-polypectomy bleeding and bowel perforation.

Case Description/Methods: We herein report the case of an incidental, large, pedunculated, submucosal polyp in duodenum which was treated with ligation without resection. A 67-year-old man with history of ESRD (on peritoneal dialysis) was evaluated for refractory GERD. Esophagogastroduodenoscopy (EGD) revealed a submucosal mass in the third portion of the duodenum. The complete extent of the lesion could not be assessed. Enteroscopy was performed which showed a pedunculated submucosal polyp in the duodenum (third portion) with a large ( >15mm) and long ( >4cm) stalk. After epinephrine injection, an Endo-loop (detachable snare) was placed close to the base of the stalk. Given the size of the stalk, decision was made not to resect the polyp. The Endo-loop was left in order to cause necrosis leading to self-amputation of the polyp and hence the specimen was not retrieved. A repeat enteroscopy 2 months later showed a scar in the third portion of the duodenum with no evidence of the previous polyp. Biopsies of the scar revealed no neoplasia.

Discussion: Endo-loop ligation of large submucosal tumors is a safe and effective approach. The main limitation is the inability to retrieve tissue specimen and hence a definitive histopathologic diagnosis cannot be made. 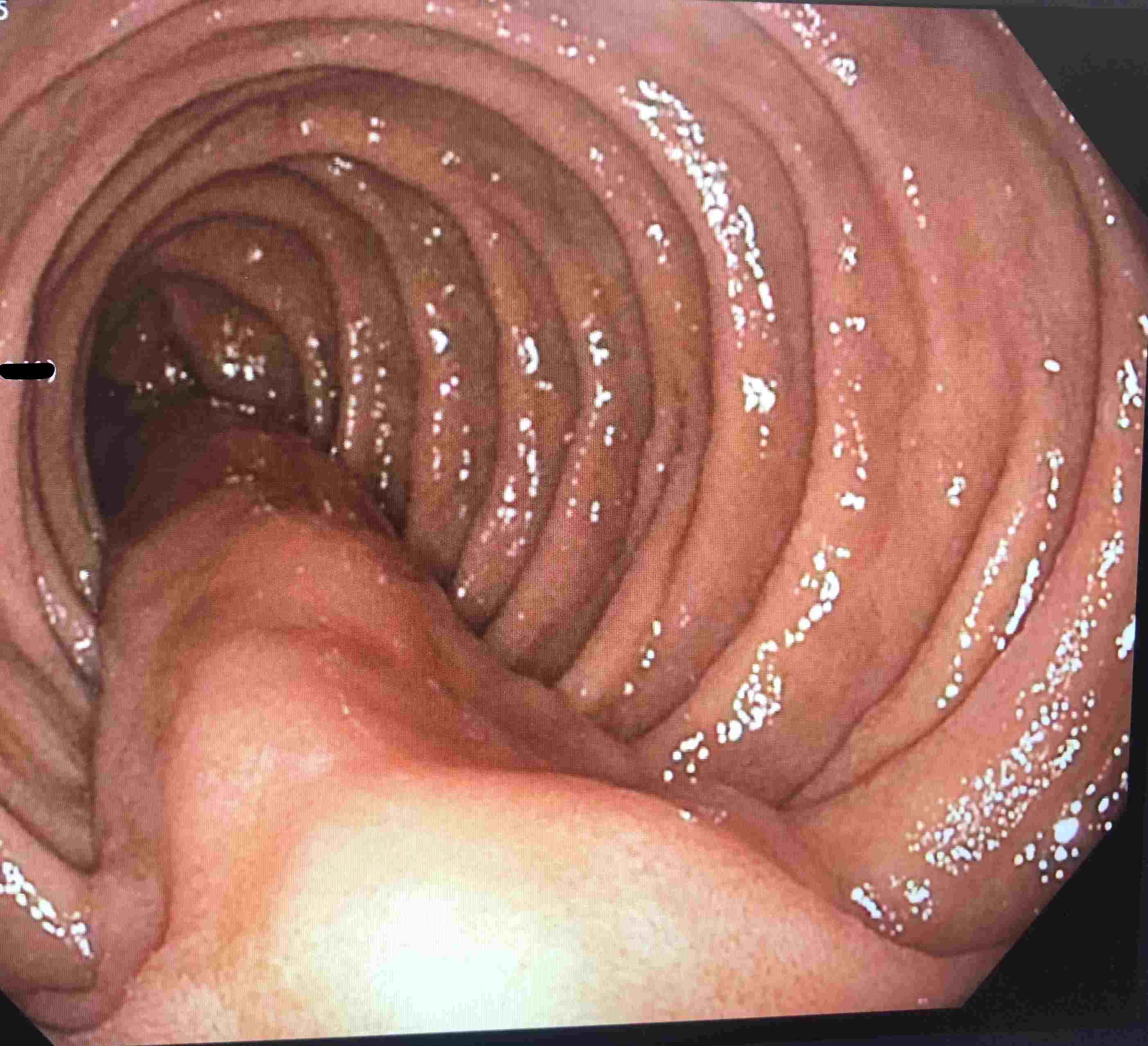 Figure: Pedunculated, submucosal polyp in the third portion of duodenum