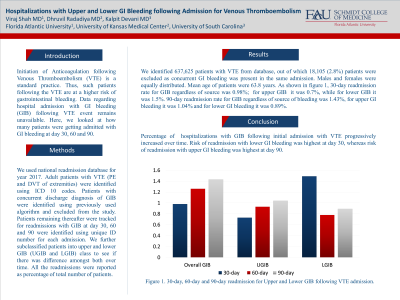 Introduction: Initiation of Anticoagulation following Venous Thromboembolism (VTE) is a standard practice. Thus, such patients following VTE, are at higher risk of gastrointestinal bleeding. Data regarding hospital admission with GI bleeding (GIB) following the VTE event remains unavailable. Here, we looked at how many patients were getting admitted with GI bleeding at day 30, 60 and 90.

Methods: We used the national readmission database for year 2017. Adult patients with VTE (PE and DVT of extremities) were identified using ICD 10 codes. Patients with a concurrent discharge diagnosis of GIB were identified using a previously validated algorithm and excluded from the study. Patients remaining thereafter were tracked for readmissions with GIB at day 30, 60 and 90 using the unique ID number for each admission. We further subclassified patients into upper and lower GIB (UGIB and LGIB) class to see if there was a difference amongst both over time. All the readmissions were reported as percentage of total number of patients. 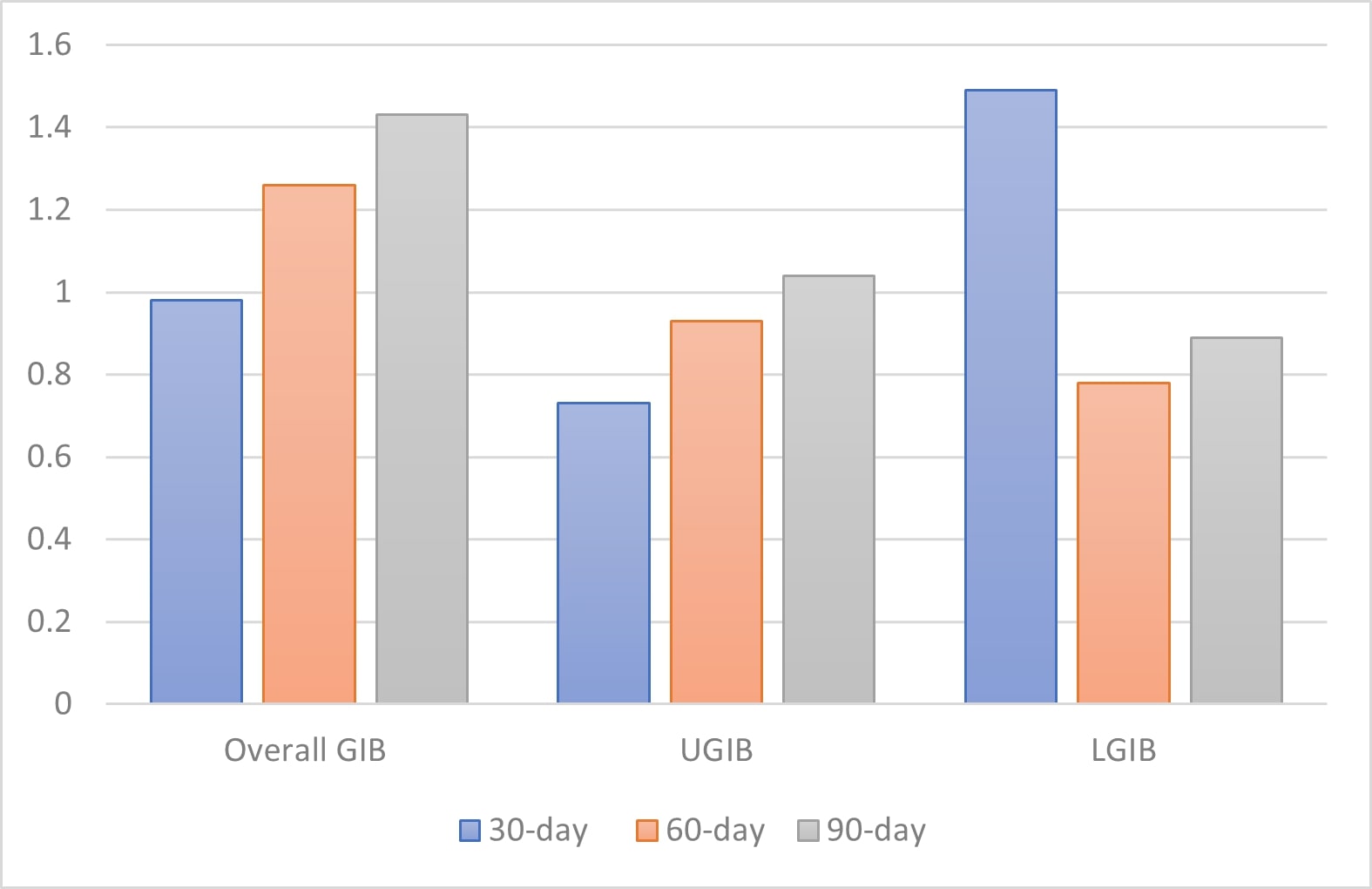