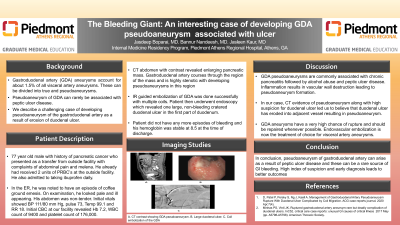 Case Description/Methods: 77 year old male with history of pancreatic cancer who presented as a transfer from outside facility with complaints of abdominal pain and melena. He already had received 2 units of PRBC’s at outside facility. He also admitted to taking Ibuprofen daily. In the ER, he was noticed to have an episode of coffee ground emesis. On examination, he looked pale and ill appearing. His abdomen was non-tender. Initial vitals showed BP 111/80, pulse 73, Temp 99.1 and RR 18. Initial labs at our facility revealed Hb 7.2, WBC count of 9400 and platelet count of 176,000.

CT abdomen with contrast revealed enlarging pancreatic mass. Gastroduodenal artery courses through the region of mass and is highly stenotic with developing pseudoaneurysm in this region.

IR guided embolization of gastroduodenal artery was done successfully with multiple coils. Patient then underwent endoscopy and one large, non-bleeding cratered duodenal ulcer was found in the first portion of the duodenum.

Patient did not have any more episodes of bleeding and his hemoglobin was stable at 8.5 at the time of discharge.

GDA pseudoaneurysms have a very high chance of rupture and should be repaired whenever possible. Endovascular embolization is now the treatment of choice for visceral artery pseudoaneurysms.

In conclusion, pseuodaneurysm of gastroduodenal artery can arise as a result of peptic ulcer disease and these can be rare source of GI bleeding. High index of suspicion and early diagnosis leads to better outcomes. 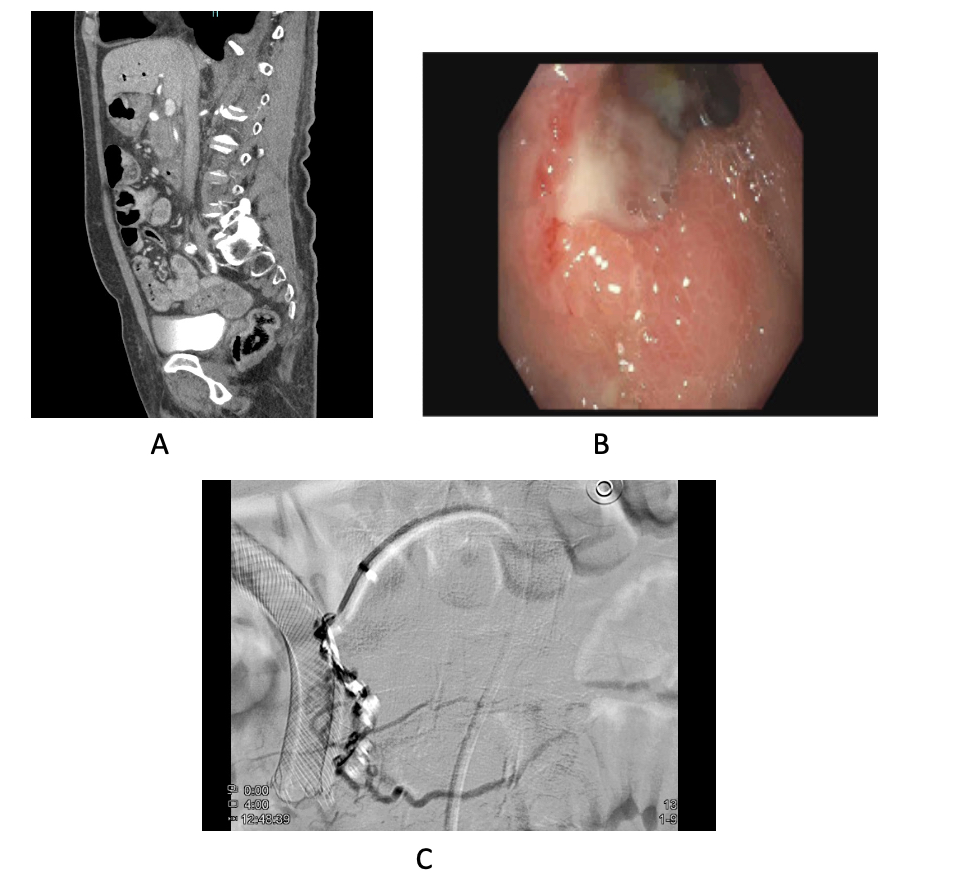