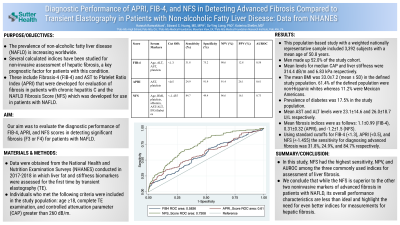 Introduction: The prevalence of non-alcoholic fatty liver disease (NAFLD) is increasing worldwide. Several calculated indices have been studied for non-invasive assessment of hepatic fibrosis, a key prognostic factor for patients with fatty liver. These include Fibrosis-4 (FIB-4) and AST to Platelet Ratio Index (APRI), developed for evaluation of fibrosis in patients with chronic hepatitis C, and the NAFLD Fibrosis Score (NFS) which was developed for use in patients with NAFLD. Our aim was to evaluate the diagnostic performance of FIB-4, APRI, and NFS scores in detecting significant fibrosis (F3 or F4) for patients with NAFLD.

Methods: Data were obtained from the National Health and Nutrition Examination Surveys (NHANES) conducted in 2017-2018 in which liver fat and stiffness biomarkers were assessed for the first time by TE. Individuals who met the following criteria were included in the study population: age ≥18, complete TE examination, and controlled attenuation parameter (CAP) greater than 260 dB/m. In the defined study population we determined the sensitivity, specificity, negative predictive value (NPV), positive predictive value (PPV), and area under the receiver operating curve (AUROC) for FIB-4, APRI, and NFS using TE-liver stiffness as the gold standard.

Discussion: In this study, NFS had the highest sensitivity, NPV, and AUROC among the three commonly used indices for assessment of liver fibrosis. We conclude that while the NFS is superior to the other two noninvasive markers of advanced fibrosis in patients with NAFLD, its overall performance characteristics are less than ideal and highlight the need for even better indices for measurements for hepatic fibrosis. 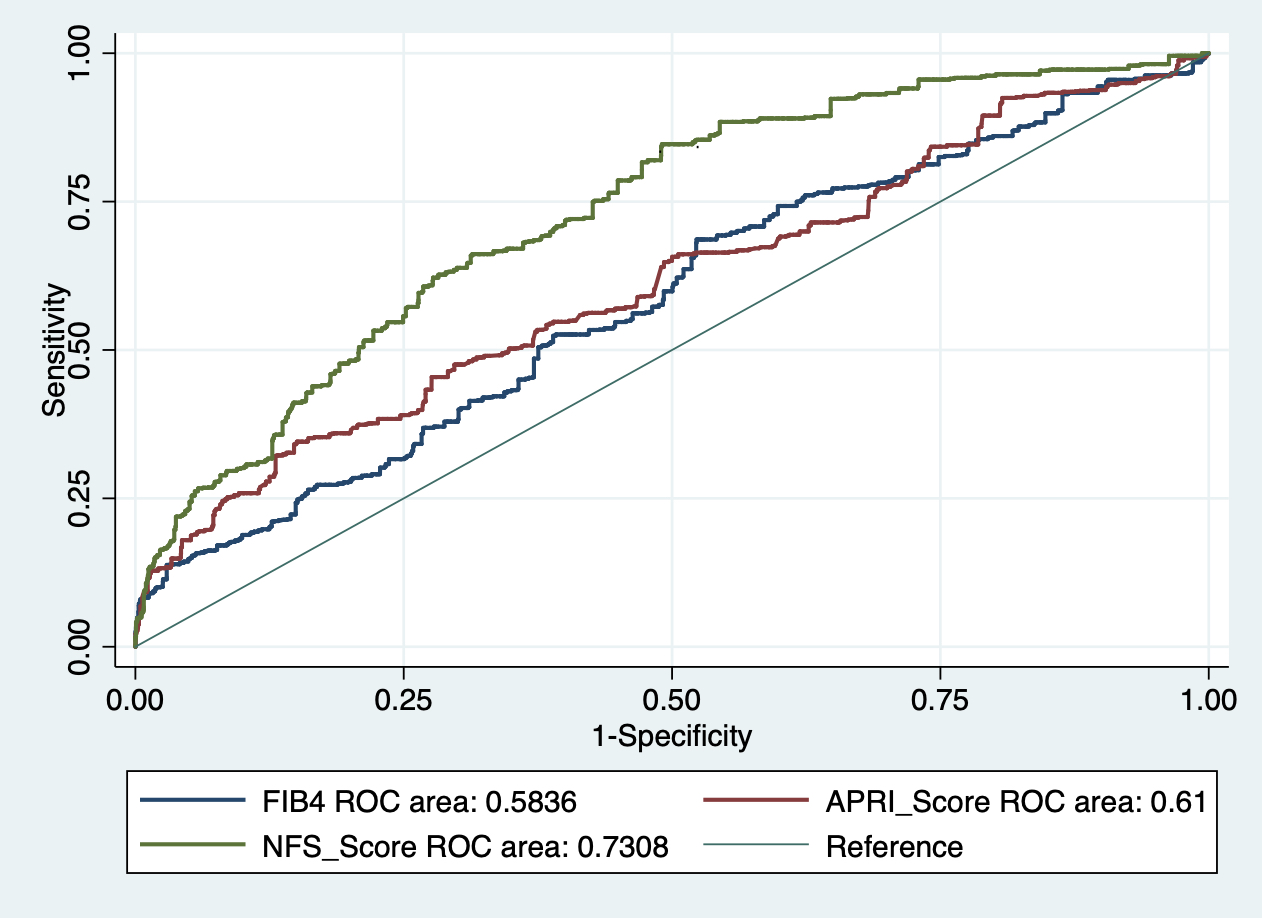 Figure: Comparison of ROC for FIB-4, APRI, and NFS