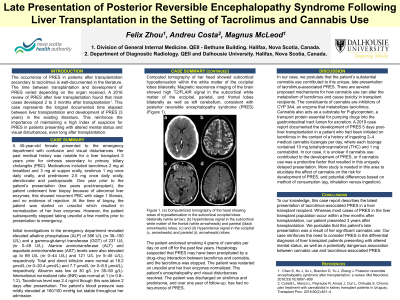 Case Description/Methods: A 45-year-old female presented to hospital with confusion and visual disturbances. She had a liver transplantation 3 years prior for cirrhosis secondary to primary biliary cholangitis. Computed tomography and magnetic resonance imaging of the brain showed features consistent with posterior reversible encephalopathy syndrome. Her medications included tacrolimus, sirolimus, and prednisone. She endorsed smoking 4 grams of cannabis per day. Following cessation of tacrolimus, the patient’s encephalopathy and visual disturbances resolved.

Discussion: To our knowledge, this case represents the longest documented time elapsed between liver transplantation and development of PRES. In our case, we postulate that the patient’s substantial cannabis use contributed to this unique, late presentation of tacrolimus-associated PRES. The constituents of cannabis are inhibitors of CYP 3A4 and acts as a substrate for P-glycoprotein, two proteins that affect the metabolism of tacrolimus. There are case reports of cannabis use influencing tacrolimus metabolism in both hematopoietic stem cell and kidney transplant recipients. A 2019 case report documented the development of PRES 5 days post-liver transplantation in a patient on tacrolimus as well as medical cannabis lozenges.

Our case reinforces the need to consider PRES in the differential diagnosis of liver transplant patients presenting with altered mental status, as well as a potentially dangerous association between cannabis use and tacrolimus-associated PRES. Healthcare providers should familiarize themselves with potential drug-drug interactions involving cannabis. This is particularly true for tacrolimus given the increasing number of reports documenting tacrolimus toxicity associated with cannabis use in patients with solid organ transplants. 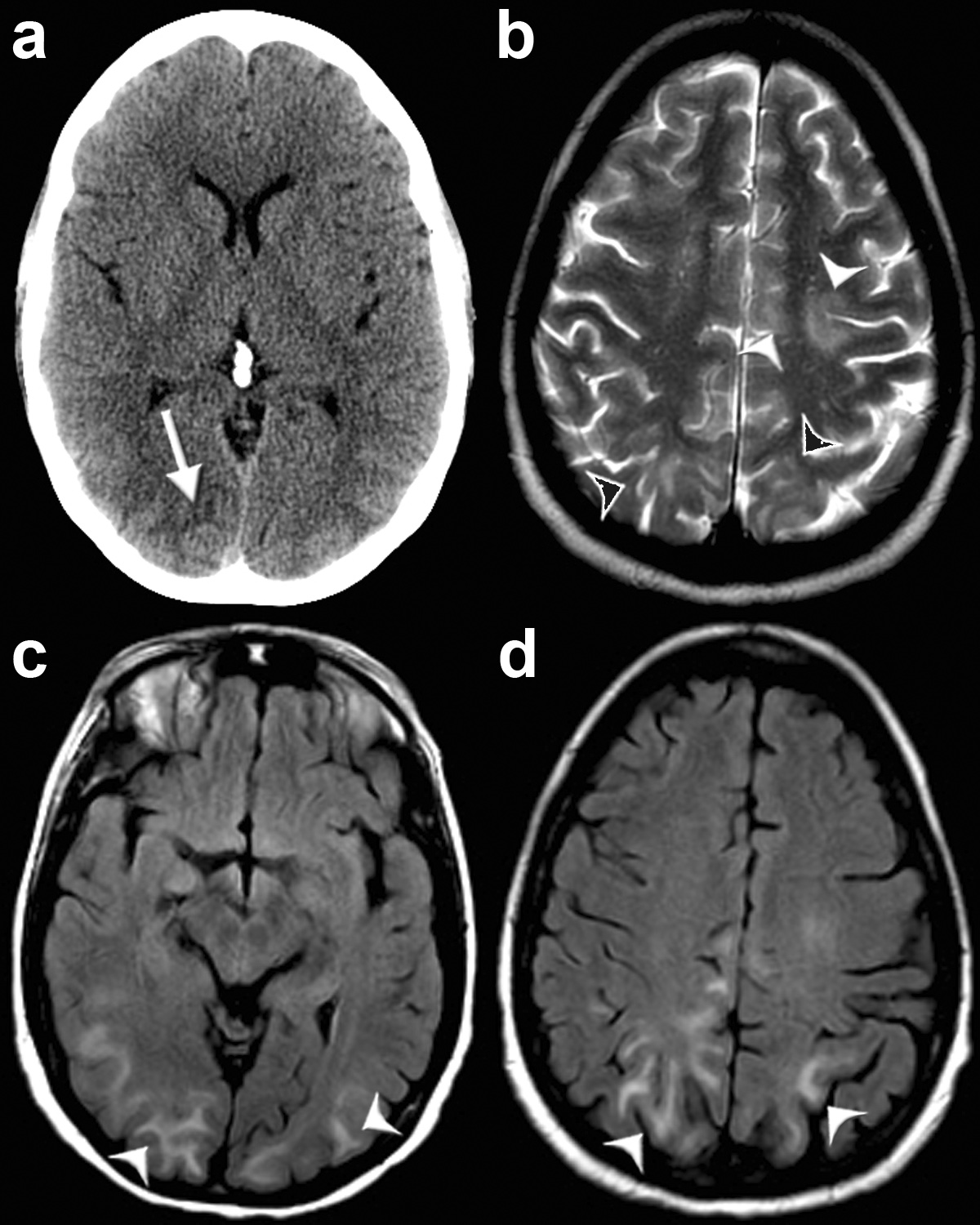