P2906 - A Fragile Liver: Coexisting Hemochromatosis and Alpha-1-Antitrypsin Deficiency in a Patient With Alcoholic Hepatitis 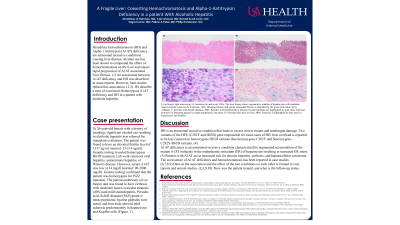 Introduction: Hereditary hemochromatosis (HH) and Alpha-1 Antitrypsin (A1AT) deficiency are autosomal recessive conditions causing liver disease. Alcohol use has been shown to compound the effect of hemochromatosis on the liver and causes rapid progression of A1AT associated liver fibrosis. An association between A1AT deficiency and HH was described in some reports. However, later studies refuted this association. We describe a case of coexistent Homozygous A1AT deficiency and HH in a patient with alcoholic hepatitis.

Case Description/Methods: A 26-year-old female with a history of smoking, significant alcohol use resulting in alcoholic hepatitis was referred for transplant evaluation. The patient was found to have an elevated ferritin level of 1337 ng/ml (normal: 13-114 ng/ml). Genetic testing revealed homozygous H63D mutation. Lab work ruled out viral hepatitis, autoimmune hepatitis, or Wilson's disease. However, serum A1AT was low34 mg/dl (normal: 90-2000 mg/dl). Genetic testing confirmed that the patient was homozygous for PiZZ mutation. The patient underwent a liver biopsy and was found to have cirrhosis with moderate macro-vesicular steatosis (40%) and mild steatohepatitis. Periodic acid–Schiff–diastase (PAS) positive intracytoplasmic hyaline globules were noted and Iron stain showed mild siderosis predominantly in hepatocytes and Kupffer cells (Figure. 1). The patient is currently on the transplant list.

Discussion: HH is an autosomal recessive condition that leads to excess iron in tissues and multiorgan damage. Two variants of the HFE (C282Y and H63D) gene responsible for most cases of HH. Iron overload is reported to be less common in homozygous H63D variants than homozygous C282Y and heterozygous C282Y/H63D variants.

A1AT deficiency is an autosomal recessive condition characterized by augmented accumulation of the mutant A1AT molecule in the endoplasmic reticulum (ER) of hepatocytes resulting in increased ER stress. Patients with A1AT are at increased risk for chronic hepatitis, cirrhosis, and hepatocellular carcinoma.

The coexistence of A1AT deficiency and hemochromatosis has been reported in case studies. Data on the association and the effect of the two conditions on each other is limited to case reports and animal studies. The treatment, however, is mostly targeted at managing the complication of cirrhosis and liver transplant. 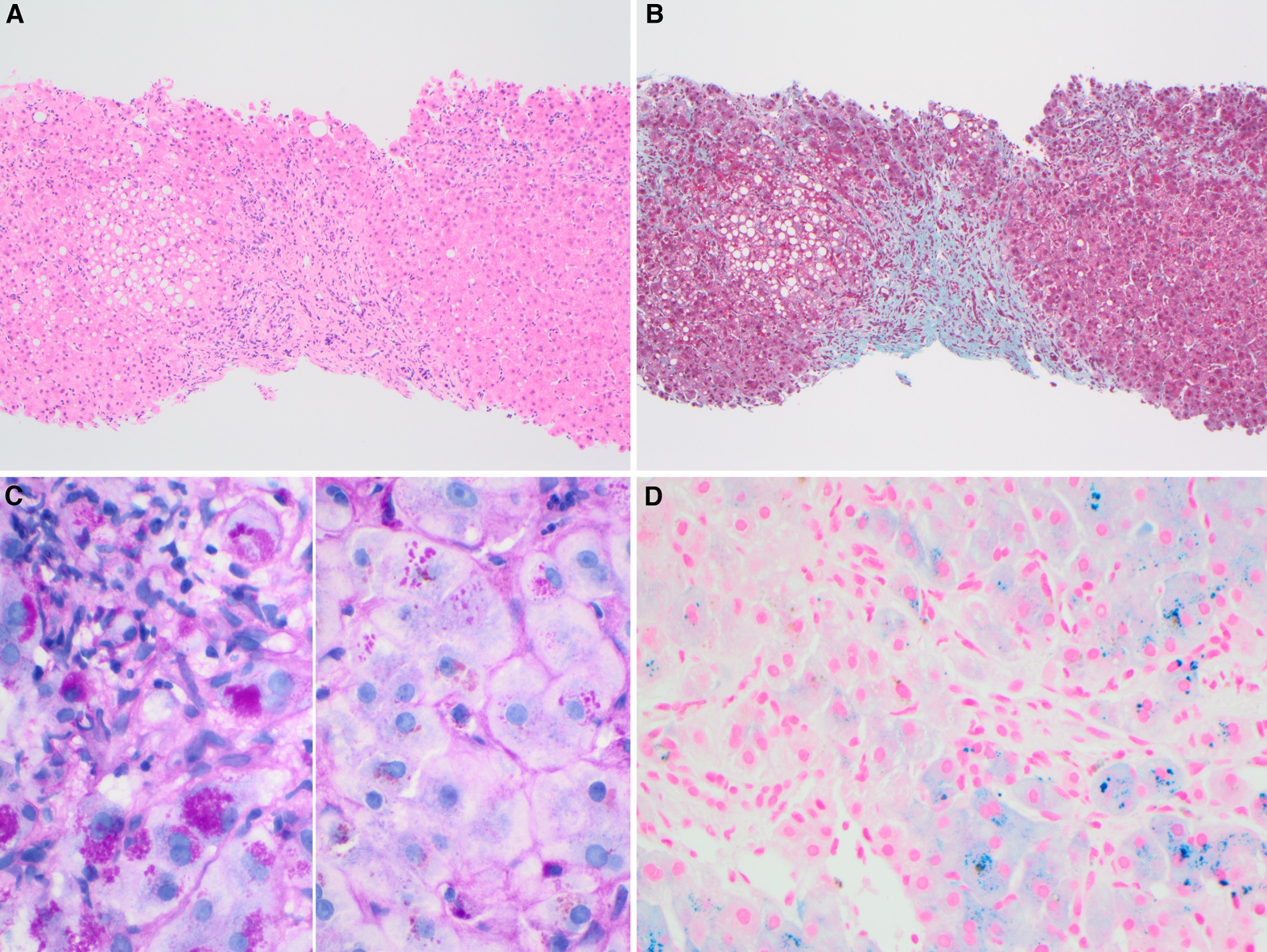