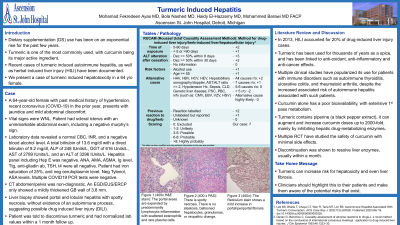 Introduction: Dietary supplementation use has been on an exponential rise for the past few years. Turmeric is one of the most used, with curcumin being its major active ingredient. Recently, cases of turmeric induced autoimmune hepatitis as well as herbal induced liver injury (HILI) have been documented. We present a case of turmeric induced hepatotoxicity in a 64-year-old female.

Case Description/Methods: A 64-year-old female with a history of hypertension, presents with jaundice and abdominal discomfort. Vitals were normal. Exam showed scleral icterus with an unremarkable abdominal exam. Lab findings revealed a normal CBC, INR, and a negative blood alcohol level, a total bilirubin of 13.6 mg/dl with a direct bilirubin of 9.2 mg/dl, an ALP of 248 IUnits/L, a GGT of 616 Units/L, an AST of 2789 IUnits/L, and an ALT of 3296 IUnits/L. Hepatitis panel with HEV were negative. ANA, AMA, ASMA, tTg antibody, Ig levels, TSH, and T4 were all negative or within normal limits. Patient had a normal iron saturation, negative ceruloplasmin, Tylenol and ASA levels. COVID19 PCR test was negative. CT abdomen/pelvis was non-diagnostic. An EGD/EUS/ERCP showed a mildly thickened gallbladder wall. Liver biopsy showed portal and lobular hepatitis with spotty necrosis, without evidence of an autoimmune process, suggesting a drug induced liver injury. Patient then admitted to the use of turmeric in the past 3-4 weeks. Turmeric was discontinued and patient’s lab values normalized within 1 month.

Discussion: Turmeric has been used for thousands of years as a spice, and has been linked to antioxidant, anti-inflammatory and anti-cancer effects. Clinical studies have popularized its use for patients with immune disorders such as autoimmune thyroiditis, and rheumatoid arthritis, despite the associated risk of autoimmune hepatitis in such patients. Curcumin is the major active ingredient in turmeric, however when taken alone, it has a poor bioavailability, with extensive 1st pass metabolism. Turmeric contains Piperine (a black pepper extract), that augments and increases curcumin doses up to 2000-fold by inhibiting hepatic drug-metabolizing enzymes. Multiple RCTs have studied the safety of curcumin showing minimal side effects. In 2013, HILI accounted for 20% of drug-induced liver injury cases. Liver enzymes resolve within 1 month of discontinuation. Due to turmeric’s possible increased risk for hepatotoxicity, clinicians should highlight this to their patients and make them aware of the potential risks that exist when using turmeric. 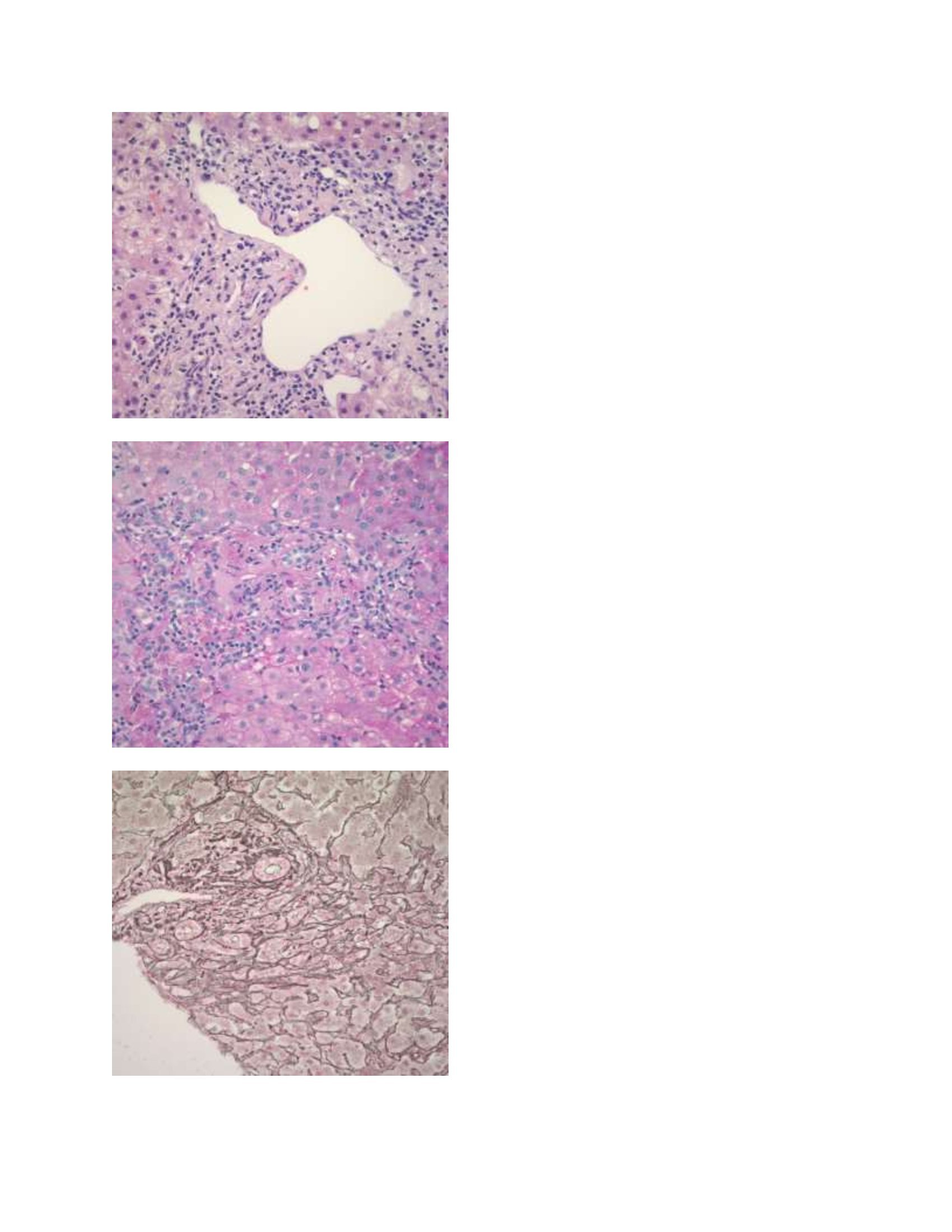