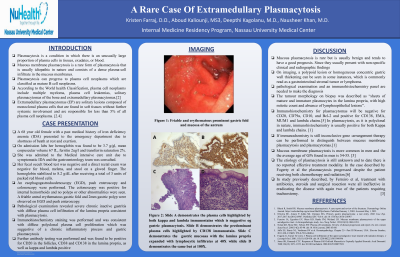 Introduction: Plasmacytosis is the abnormal proliferation of plasma cells in tissue, bone, blood or exudates. Gastric plasmacytomas are a rare form of plasmacytosis. This type of tumor is significant not only for its rarity, but also in its risk of progressing to other monoclonal gammopathies. Extramedullary Plasmacytomas are responsible for less than 5% of all plasma cell neoplasms and are more frequently found in the head and neck region, otherwise known as the upper aerodigestive tract with the stomach being the second most common location.

Case Description/Methods: A 68 year old female with a past medical history of Iron Deficiency anemia (IDA) presented to the emergency department due to shortness of breath at rest and on exertion. On admission her Hemoglobin was found to be 3.7 g/dL. She was admitted to the Medical intensive care unit due to symptomatic IDA and was transfused 3 units of Packed Red Blood Cells. Upon further questioning the patient denied hematemesis, melena, hematochezia, and nonsteroidal anti-inflammatory drug (NSAID) use. Her fecal occult blood test was negative and a direct rectal exam was negative for blood, melena, and stool on a gloved finger. Subsequently, she underwent a diagnostic and therapeutic esophagogastroduodenoscopy, which revealed a friable antral erythematous gastric fold and a gastric polyp. Pathological testing was positive for diffuse polyclonal plasma cell proliferation which was suggestive of a gastric plasmacytosis.

Discussion: Gastric plasmacytomas are rare but tend to have a good prognosis. Since they usually present with non-specific clinical and radiographic findings, it often leads clinicians to a different diagnosis. These tumors also carry a high risk of progressing to other monoclonal gammopathies. Hence, it is imperative for it to be on a physicians differential along with the more common gastric tumors. 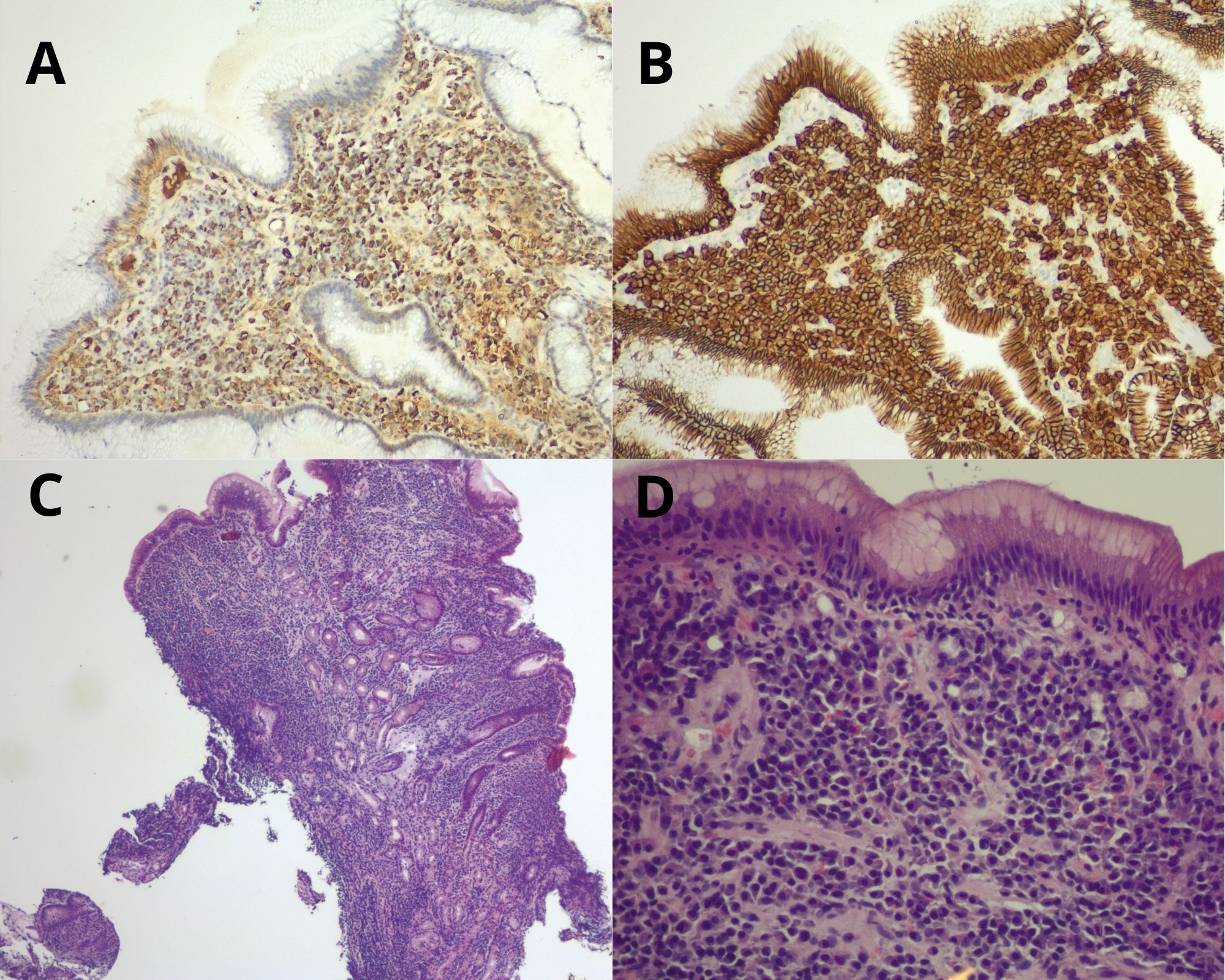