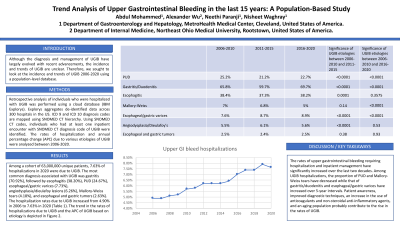 Introduction: Upper Gastrointestinal Bleeding (UGIB) is defined as the bleeding originating from the gastrointestinal tract above the ligament of Treitz. UGIB is commonly caused by peptic ulcer disease (PUD), Mallory-Weiss tears, esophageal varices, and esophagitis. Although the diagnosis and management of UGIB have largely evolved with recent advancements, the incidence and trends of UGIB are unclear. Therefore, we sought to look at the incidence and trends of UGIB 2006-2020 using a population-level database.

Methods: Retrospective analysis of individuals ≥ 18 years who were hospitalized with UGIB was performed using a cloud database (IBM Explorys). Explorys aggregates de-identified data across 300 hospitals in the US. ICD 9 and ICD 10 diagnosis codes are mapped using SNOMED CT (Systematized Nomenclature of Medicine - Clinical Terms) hierarchy. Using SNOMED CT codes, individuals who had at least one inpatient encounter with SNOMED CT diagnosis code of UGIB were identified. The trend in the rates of hospitalization and annual percentage change (APC) due to various etiologies of UGIB were analyzed between 2006-2020 using Excel, 2016.

Discussion: The rates of upper gastrointestinal bleeding requiring hospitalization and inpatient management have significantly increased over the last two decades. Among UGIB hospitalizations, the proportion of PUD and Mallory-Weiss tears have decreased while that of gastritis/duodenitis and esophageal/gastric varices have increased over 5-year intervals (Table 1). Patient awareness, improved diagnostic techniques, an increase in the use of anticoagulants and non-steroidal anti-inflammatory agents, and an aging population probably contribute to the rise in the rates of UGIB. 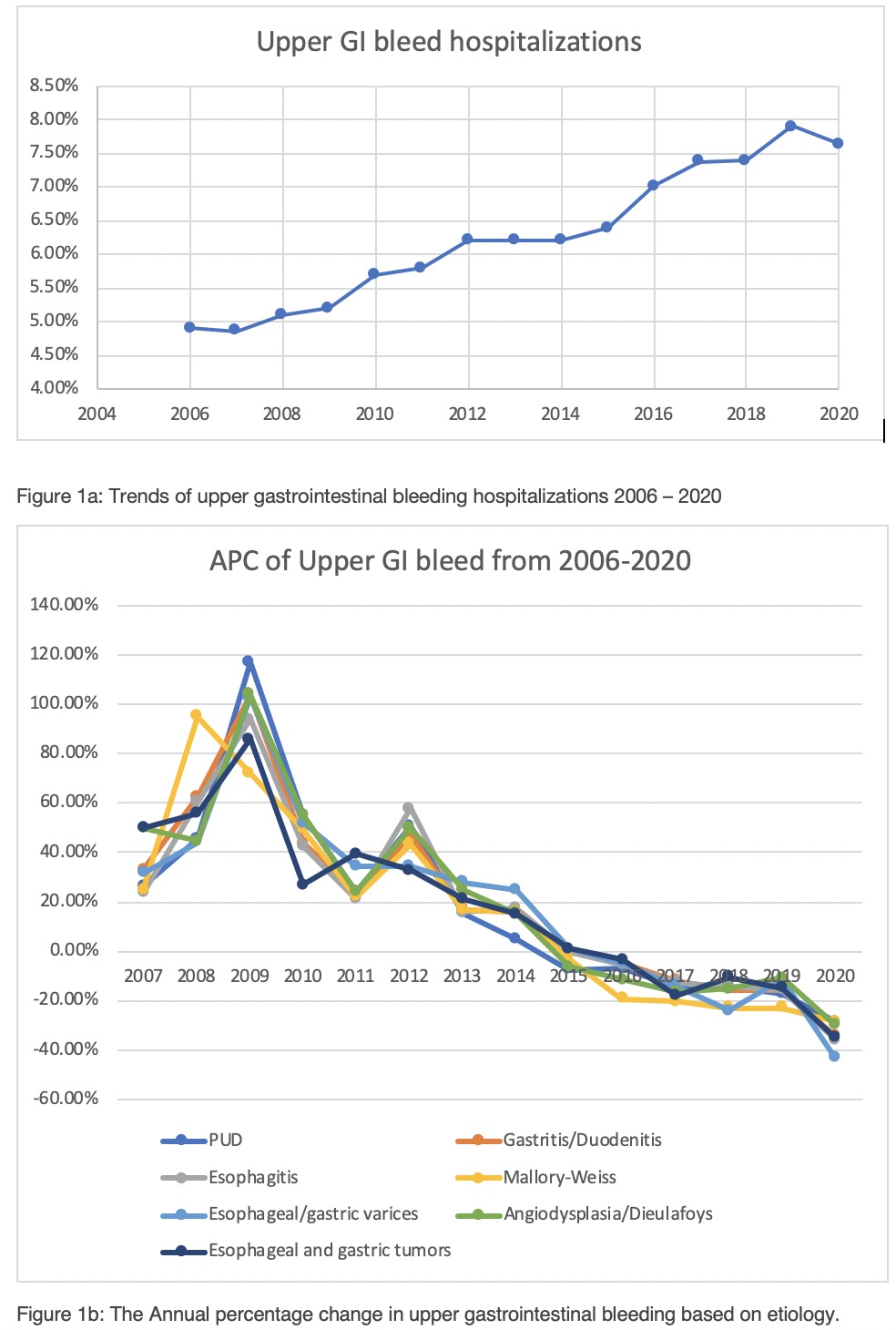