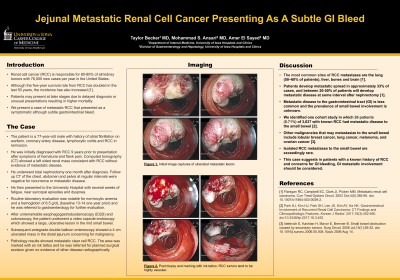 Introduction: Renal cell cancer (RCC) is responsible for 80-85% of all kidney tumors with 76,000 new cases per year in the United States. Although the five-year survival rate from RCC has doubled in the last 50 years, the incidence has also increased [1]. Patients may present at later stages due to delayed diagnosis or unusual presentations resulting in higher mortality. We present a case of metastatic RCC that presented as a symptomatic although subtle gastrointestinal bleed.

Case Description/Methods: The patient is a 77-year-old male with history of atrial fibrillation on warfarin, coronary artery disease, lymphocytic colitis and RCC in remission. He was initially diagnosed with RCC 9 years prior after presenting with hematuria and flank pain. Computed tomography (CT) showed a left sided renal mass consistent with RCC without evidence of metastatic disease. He underwent total nephrectomy one month after initial presentation. Follow up CT of the chest, abdomen and pelvis at regular intervals were negative for recurrence or metastatic disease.

He presented with several weeks of fatigue, near syncopal episodes and dyspnea. Routine laboratory evaluation was notable for normocytic anemia and a hemoglobin of 8.5 g/dL (baseline 13-14 one year prior). He was referred to gastroenterology for further evaluation. After unremarkable esophagogastroduodenoscopy (EGD) and colonoscopy, the patient underwent a video capsule endoscopy which showed a large, ulcerative lesion in the mid small bowel. Subsequent antegrade double balloon enteroscopy showed a 4 cm ulcerated mass in the distal jejunum concerning for malignancy; pathology results showed metastatic clear cell RCC. The area was marked with an ink tattoo and he was referred for planned surgical excision given no evidence of other disease radiographically.

Discussion: The most common sites of RCC metastases are the lung (50–60% of patients), bones, liver and brain [1]. Metastatic disease to the gastrointestinal tract (GI) is less common and the prevalence of small bowel involvement is unknown. We identified one cohort study in which 26 patients (0.71%) of 3,637 with known RCC had metastatic disease to the small bowel [2]. Other malignancies that may metastasize to the small bowel include lobular breast cancer, lung cancer, melanoma, and ovarian cancer [3]. Isolated RCC metastases to the small bowel are exceedingly rare. This case suggests in patients with a known history of RCC and concerns for GI bleeding, GI metastatic involvement should be considered. 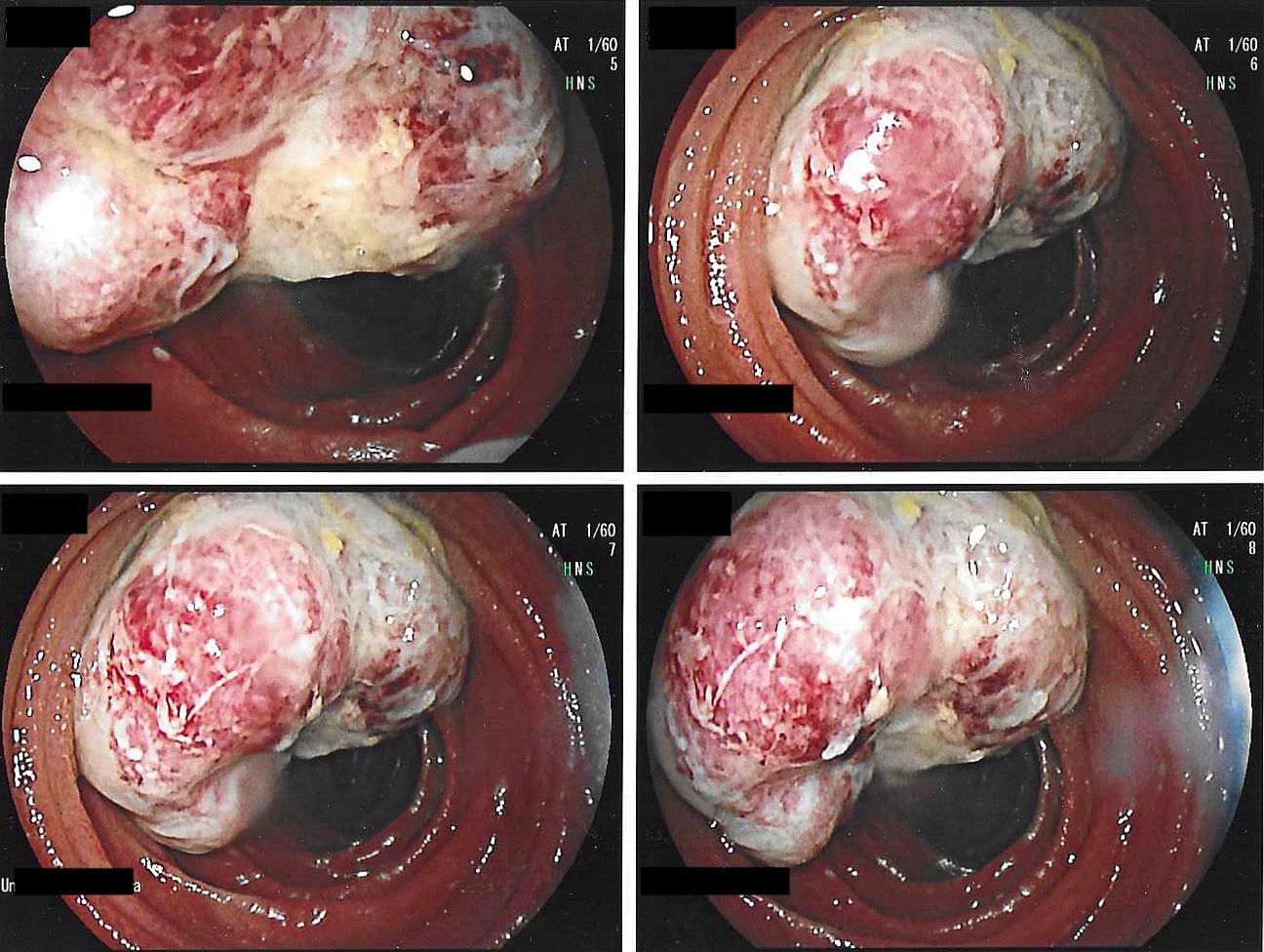