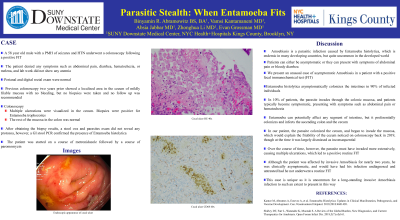 Introduction: Amoebiasis is a parasitic infection caused by Entamoeba histolytica, which is endemic in many developing countries, but quite uncommon in the developed world. Patients can either be asymptomatic or they can present with symptoms of abdominal pain or bloody diarrhea. We present an unusual case of asymptomatic Amoebiasis in a patient with a positive fecal immunochemical test (FIT).

Case Description/Methods: A 58-year-old male with a history of seizures and hypertension underwent a colonoscopy following a positive FIT. The patient denied any symptoms such as abdominal pain, diarrhea, hematochezia, or melena, and lab work did not show any anemia. A previous colonoscopy was done in May of 2019, which only showed a localized area in the cecum of mildly friable mucosa with no bleeding. No biopsies were taken and no follow up was recommended. His most recent colonoscopy showed a 13 mm ulcer and several 2 mm ulcerations of the cecum. The ulcerations were biopsied which showed ulceration, acute inflammation, inflammatory exudate and associated structures consistent with Entamoeba trophozoites. A gastrointestinal stool PCR confirmed the diagnosis, and the patient was immediately started on a course of Flagyl followed by a course of Paromomycin.

Discussion: Entamoeba histolytica asymptomatically colonizes the intestines in 90% of infected individuals. However, in 10% of patients, the parasite invades through the colonic mucosa, and patients typically become symptomatic, presenting with symptoms such as abdominal pain or hematochezia, prompting medical investigation, diagnosis, and treatment. Although Entamoeba can potentially affect any segment of intestine, it preferentially colonizes and infects the ascending colon and the cecum. In our patient, the parasite colonized the cecum, and began to invade the mucosa, which would explain the friability of the cecum noticed on colonoscopy back in 2019, though at the time it was largely dismissed as inconsequential. However, over the course of time, the parasite must have invaded more extensively, causing multiple ulcerations, which led to a positive routine FIT. Interestingly, although the patient was affected by invasive Amoebiasis for nearly two years, he was shockingly clinically asymptomatic, and would have had his infection undiagnosed and untreated had he not underwent a routine FIT. This case is unique as it is quite rare to have an invasive Amoebiasis infection to such an extent in a patient who is completely asymptomatic. 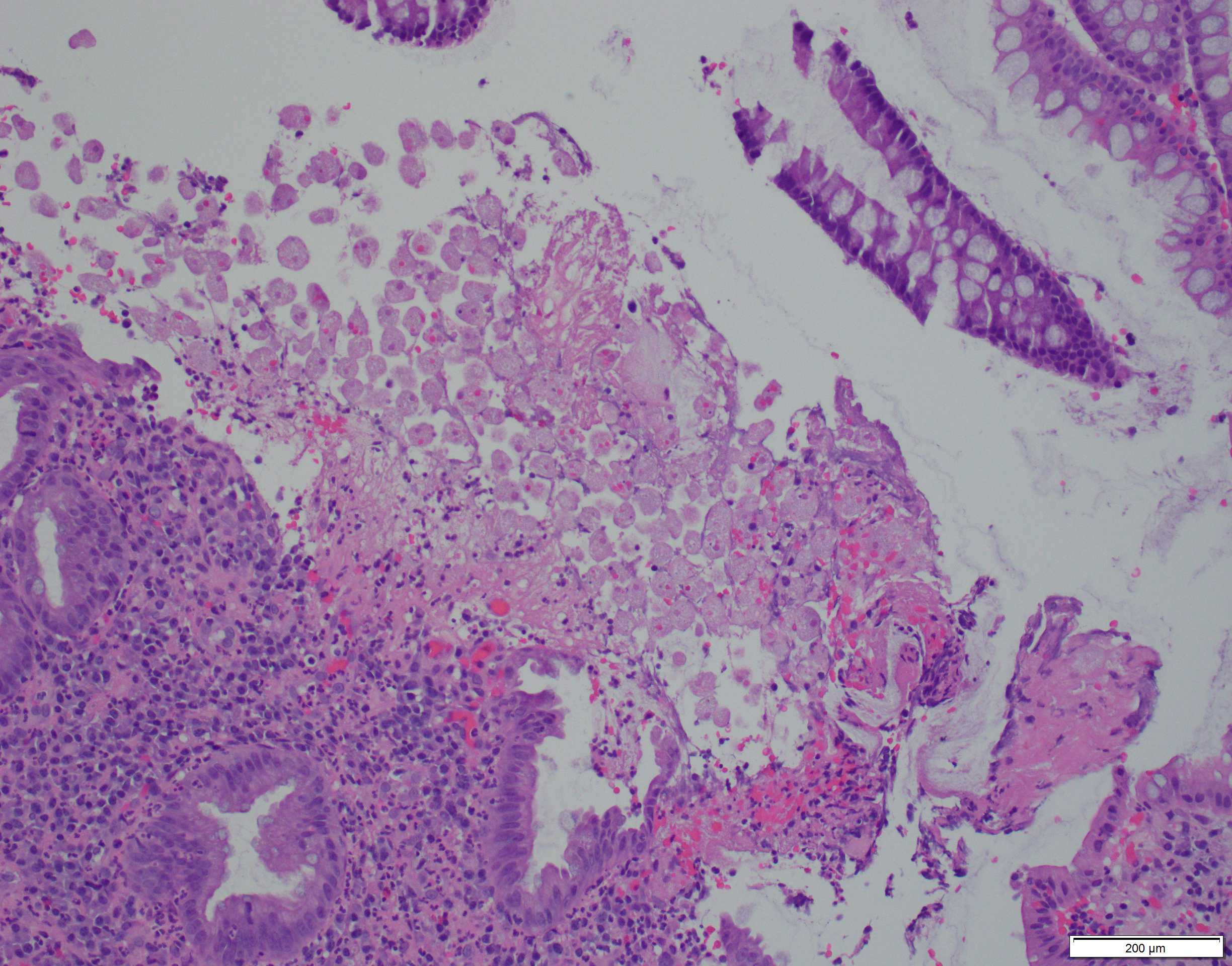