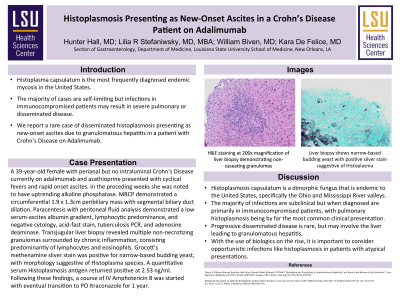 Introduction: Histoplasma capsulatum is the most frequently diagnosed endemic mycosis in the United States. The majority of cases are self-limiting but infections in immunocompromised patients may result in severe pulmonary or disseminated disease. We report a rare case of disseminated histoplasmosis presenting as new- onset ascites due to granulomatous hepatitis in a patient with perianal Crohn’s Disease on Adalimumab.

Discussion: Histoplasmosis capsulatum is a dimorphic fungus that is endemic to the United States, specifically the Ohio and Mississippi River valleys. The majority of infections are subclinical, but when diagnosed are primarily in immunocompromised patients. A high degree of clinical suspicion is required to facilitate early treatment and prevent poor outcomes. Pulmonary histoplasmosis is by far the most common clinical presentation. Progressive disseminated disease is rare, but may involve the liver, skin, adrenals, gastrointestinal tract, central nervous system, and bone marrow. With the use of immunomodulating therapies on the rise, it is important to consider opportunistic infections in patients with atypical presentations. 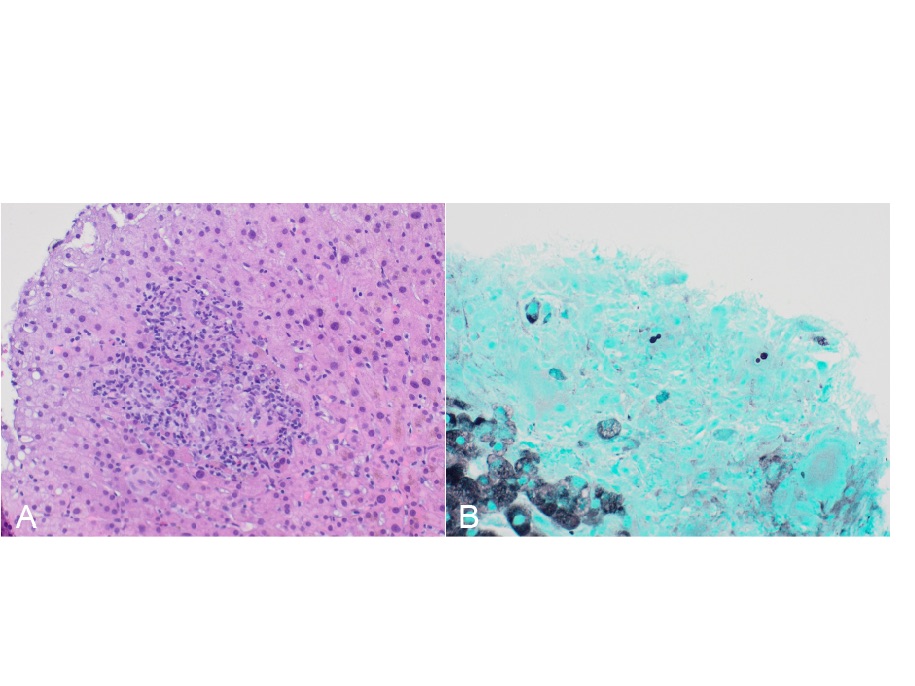