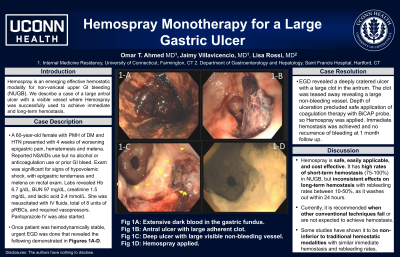 Introduction: Hemospray is an emerging effective hemostatic modality for non-variceal upper GI bleeding (NUGB). We describe a case of a large antral ulcer with a visible vessel where Hemospray was successfully used to achieve immediate and long-term hemostasis.

Case Description/Methods: A 60-year-old female with PMH of diabetes mellitus and hypothyroidism presented with 4 weeks of worsening epigastric pain, hematemesis and melena. No history of prior GI bleed. She denied alcohol or anticoagulation use, but did take Meloxicam frequently. She had been transferred from another hospital where an upper endoscopy showed a non-bleeding ulcer with an adherent clot. No intervention was performed. Upon arrival, she was in hypovolemic shock. She had epigastric tenderness and melena on rectal exam. Labs revealed Hb 6.7 g/dL, BUN 97 mg/dL, creatinine 1.5 mg/dL, and lactic acid 2.4 mmol/L. She was resuscitated with IV fluids, a total of 8 units of pRBCs, and required vasopressors. Pantoprazole IV was also started. EGD revealed dark blood in the gastric fundus. A deeply cratered ulcer with a large adherent clot was found in the antrum and following epinephrine injection, the clot was teased away revealing a large non-bleeding vessel. Depth of ulceration precluded safe application of coagulation therapy with BiCAP probe, so Hemospray was applied and immediate hemostasis was achieved (Figure 1A-D). The patient had no recurrence of bleeding at 1 month follow up.

We used Hemospray monotherapy to successfully prevent rebleeding from a non-bleeding visible vessel, which was not amenable to other modalities. Although safe, easily applicable, and cost effective, Hemospray washes out within 24 hours which increases risk of rebleeding. While our case suggests that Hemospray can have long-term benefits in Forrest II ulcers, larger prospective studies are required to investigate the long-term and mortality outcomes from Hemospray use in NUGB. 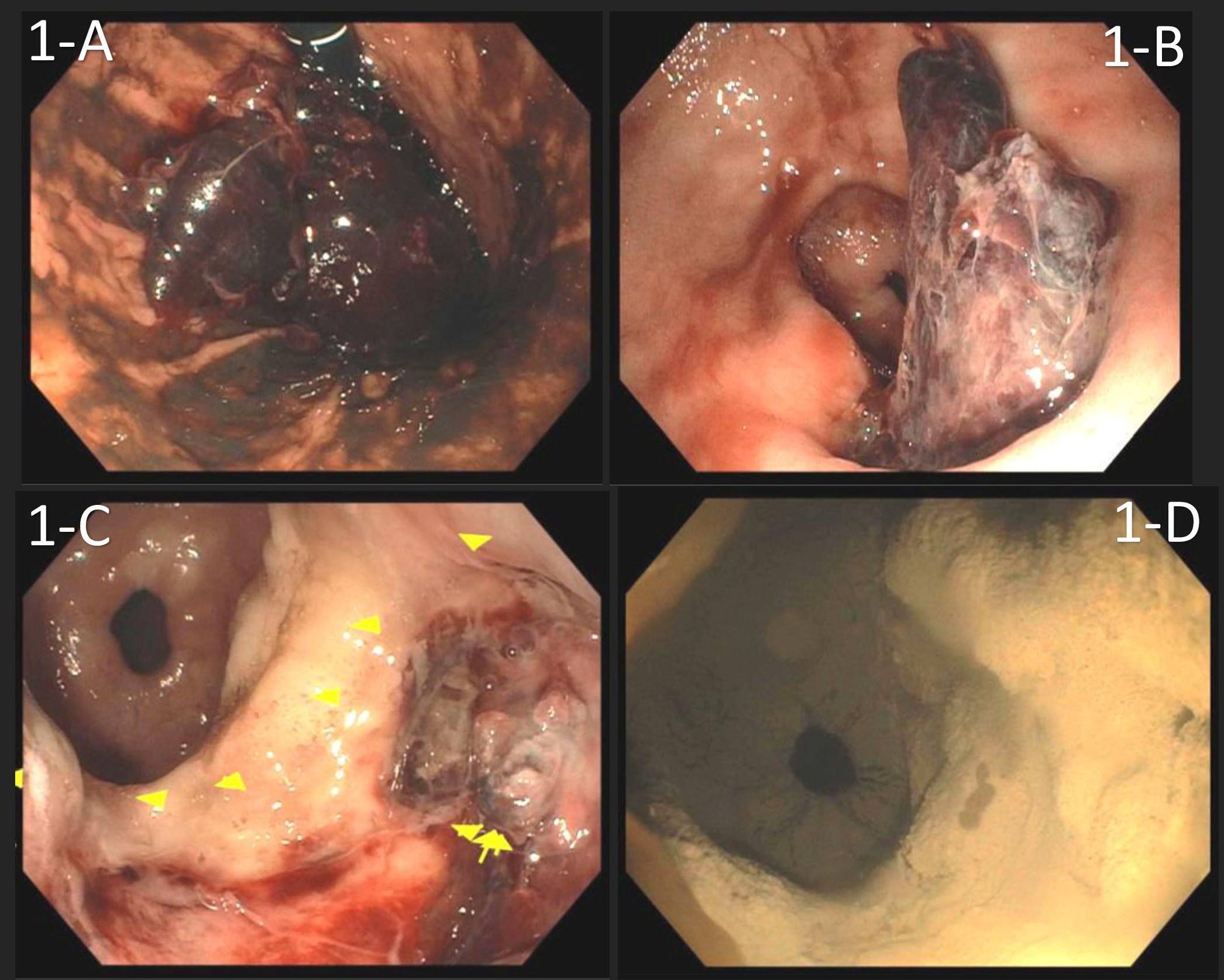