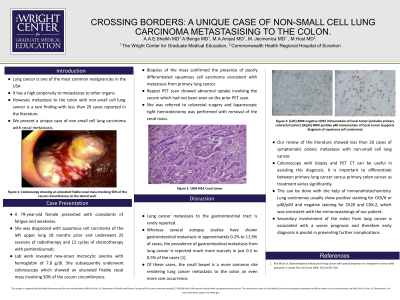 Case Description/Methods: A 79-year-old female presented with complaints of fatigue and weakness. She was diagnosed with squamous cell carcinoma of the left upper lung 18 months prior and underwent 25 sessions of radiotherapy and 12 cycles of chemotherapy with pembrolizumab. Lab work revealed new-onset microcytic anemia with hemoglobin of 7.8 g/dl. She subsequently underwent colonoscopy which showed an ulcerated friable cecal mass involving 50% of the cecum circumference. Biopsies of the mass confirmed the presence of poorly differentiated squamous cell carcinoma consistent with metastasis from primary lung cancer. Repeat PET scan showed abnormal uptake involving the cecum which had not been seen on the prior PET scan. She was referred to colorectal surgery and laparoscopic right hemicolectomy was performed with removal of the cecal mass.

Discussion: Lung cancer metastasis to the gastrointestinal tract is rarely reported. Whereas several autopsy studies have shown gastrointestinal metastasis in approximately 0.2% to 11.9% of cases, the prevalence of gastrointestinal metastasis from lung cancer is reported much more scarcely in just 0.2 to 0.5% of the cases [1]. Of these cases, the small bowel is a more common site rendering lung cancer metastasis to the colon an even more rare occurrence. Our review of the literature showed less than 20 cases of symptomatic colonic metastasis with non-small cell lung cancer. Colonoscopy with biopsy and PET CT can be useful in assisting this diagnosis.
It is important to differentiate between primary lung cancer versus primary colon cancer as treatment varies significantly. This can be done with the help of immunohistochemistry. Lung carcinomas usually show positive staining for CK5/6 or p40/p63 and negative staining for CK20 and CDX-2, which was consistent with the immunostainings of our patient. Secondary involvement of the colon from lung cancer is associated with a worse prognosis and therefore early diagnosis is pivotal in preventing further complications. 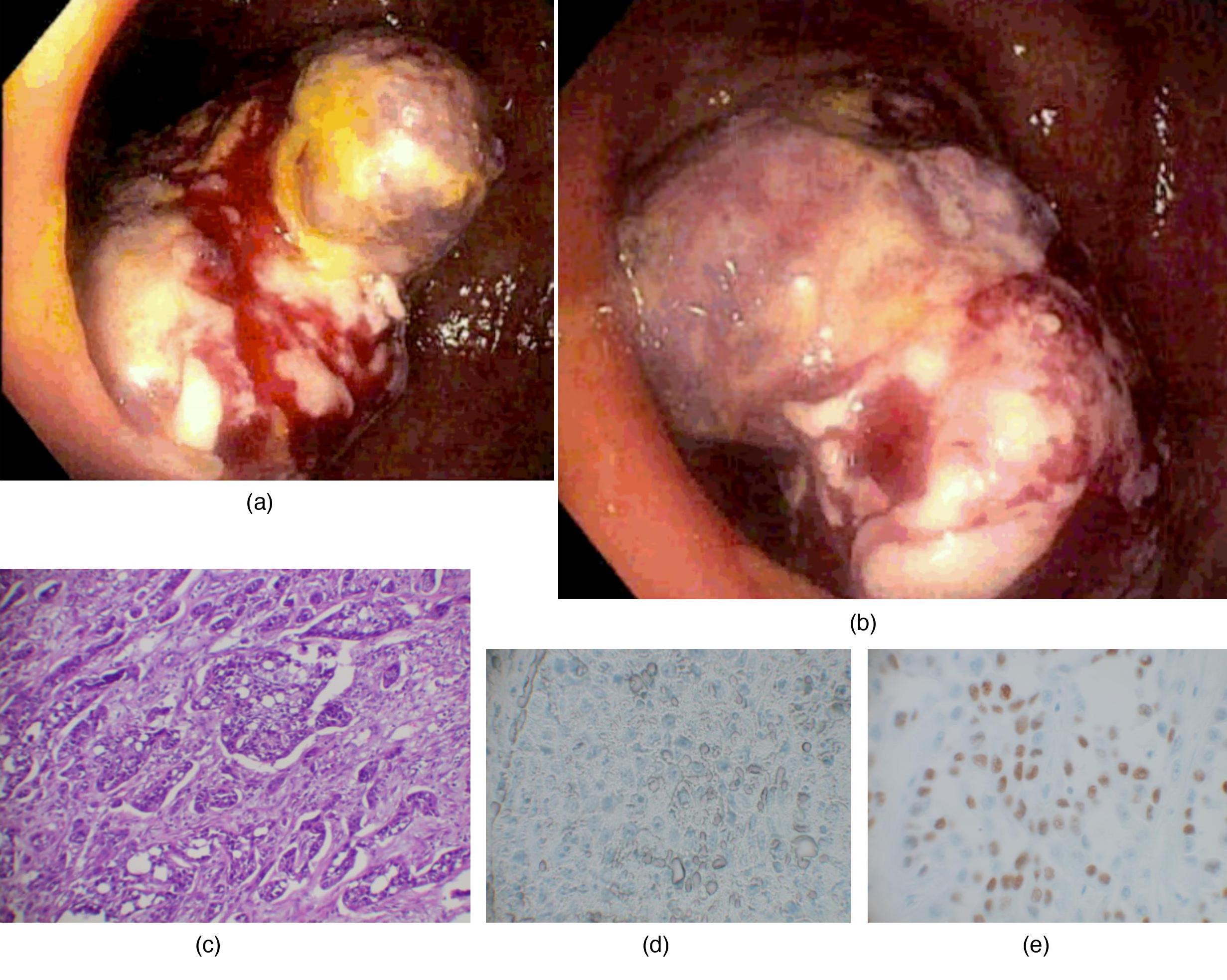