P0303 - Removal of an Inlet Patch Leads to an Improvement in Symptoms of Globus, Chronic Cough and Hoarseness in Select Patients 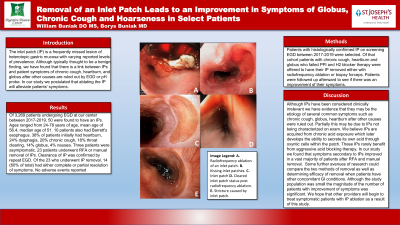 Introduction: The inlet patch (IP) is a frequently missed lesion of heterotopic gastric mucosa with varying reported levels of prevalence. Although typically thought to be a benign finding, we have found that there is a link between IPs and patient symptoms of chronic cough, heartburn, and globus after other causes are ruled out by EGD or pH probe. In our study we postulated that ablating the IP will alleviate patients' symptoms.

Methods: Patients with histologically confirmed IP on screening EGD between 2017-2019 were selected. Of that cohort patients with chronic cough, heartburn and globus who failed PPI and H2 blocker therapy were offered to have their IP removed either with radiofrequency ablation (RFA), argon plasma coagulation (APC) or biopsy forceps. Patients were followed up afterward to see if there was an improvement of their symptoms.

Results: Of 3,269 patients undergoing EGD at our center between 2017-2019, 50 were found to have an IPs. Ages ranged from 24-78 years of age, mean age of 56.4, median age of 51. 10 patients also had Barrett's esophagus. 38% of patients initially had heartburn, 24% dysphagia, 20% chronic cough, 18% throat clearing, 14% globus, 4% nausea. Three patients were asymptomatic. 23 patients underwent RFA or manual removal of IPs. Clearance of IP was confirmed by repeat EGD. Of the 23 who underwent IP removal, 14 (60% of total) had either complete or partial resolution of symptoms. No adverse events reported.

Discussion: Although IPs have been considered clinically irrelevant, we have evidence that they may be the etiology of several common symptoms such as chronic cough, globus or heartburn after other causes were ruled out. Partially this may be due to IPs not being characterized on exam. IPs are either congenital or acquired from chronic acid exposure which later develops the ability to secrete its own acid through oxyntic cells within the patch. These IPs rarely benefit from aggressive acid blocking therapy. In our study we found that symptoms secondary to IPs improved in a vast majority of patients after RFA, APC or manual removal. Some further avenues of research could compare methods of removal as well as determining efficacy of removal when patients have other concomitant GI conditions. Although the study population was small, the magnitude of the number of patients with improvement of symptoms was significant. Our results suggest that further studies are necessary to select which symptomatic individuals could benefit from IP ablation. 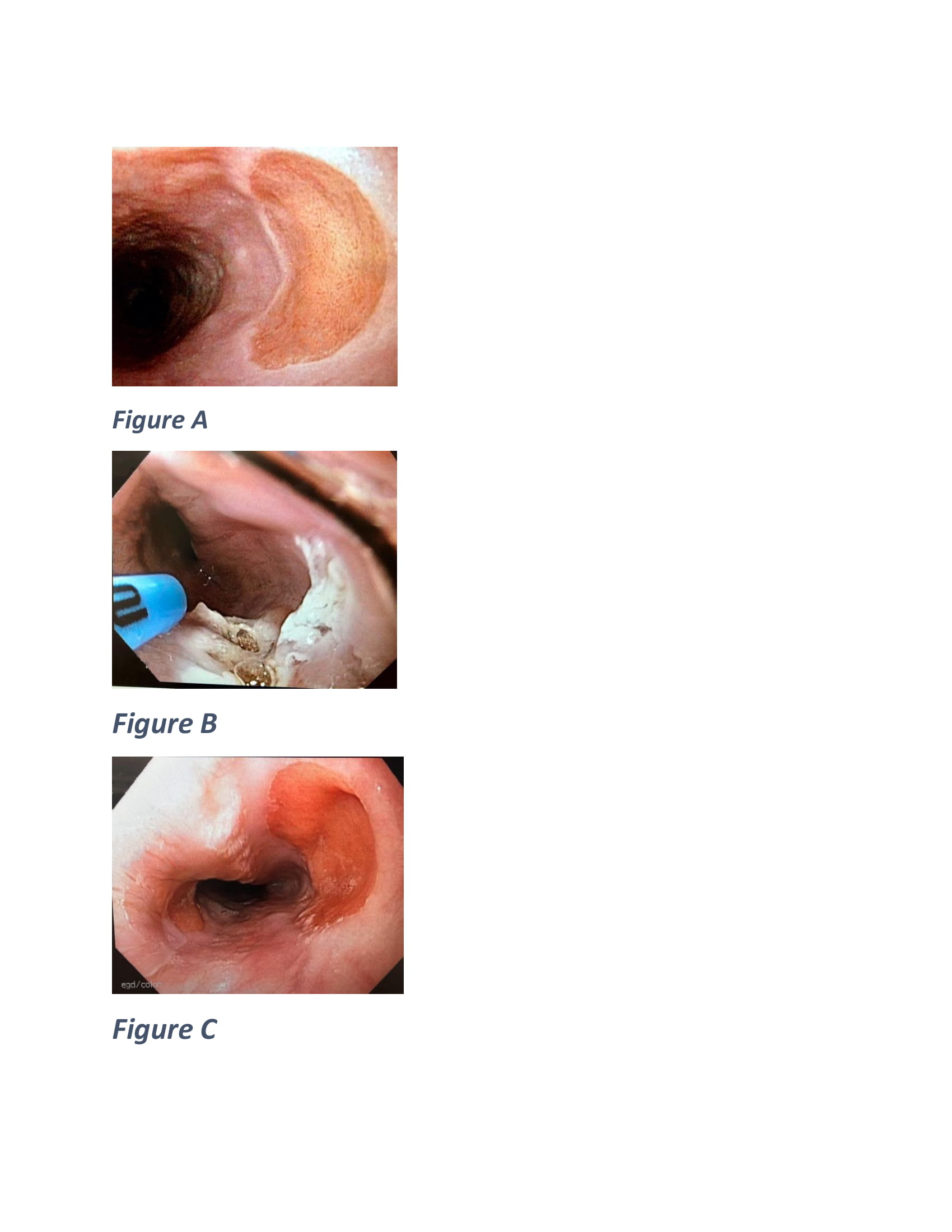