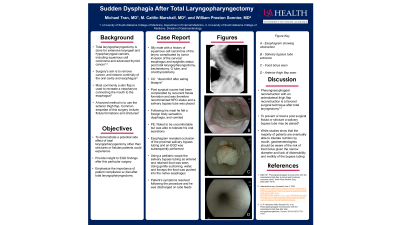 Introduction: Total laryngopharyngectomy is done for extensive laryngeal and hypopharyngeal cancers, including squamous cell carcinoma and advanced thyroid cancer. The surgery’s aim is to remove cancer, and restore continuity of the oral cavity and esophagus. Most commonly a skin flap is used to recreate a neopharynx connecting the mouth to the esophagus. A favored method is to use the anterior thigh flap. Common sequelae of this surgery include fistula formations and strictures. We present a case of food impaction in the post surgical period of an anterolateral thigh flap reconstruction after squamous cell carcinoma of the larynx.

Case Description/Methods: A 58y male with a history of squamous cell carcinoma of the larynx complicated by tumor invasion of the cervical esophagus and epiglottis status post total laryngopharyngectomy, tracheostomy, G tube, and cricothyroidotomy presented to the ED with discomfort after eating lasagna. His post surgical course had been complicated by recurrent fistula formation and was therefore recommended NPO status and a salivary bypass tube was placed. Following his meal he felt a foreign body sensation, dysphagia, and vomited. On physical exam he was noted to be uncomfortable but was able to tolerate his oral secretions. An esophagram revealed occlusion of the proximal salivary bypass tubing and an EGD was subsequently performed. Using a pediatric scope the salivary bypass tubing was entered and retained food was seen. Using gentle suctioning, water, and forceps, the food was pushed into the native esophagus. The patient's symptoms resolved following the procedure and he was discharged on tube feeds.

Discussion: Pharyngoesophageal reconstruction with an anterolateral thigh flap reconstruction is a favored surgical technique after total laryngectomy. To prevent or treat a post surgical fistula or stricture, a salivary bypass tube may be placed. While studies show that the majority of patients are eventually able to tolerate nutrition by mouth, gastroenterologists should be aware of the risk of food bolus given the narrow diameter and lack of distensibility and motility of the bypass tubing. 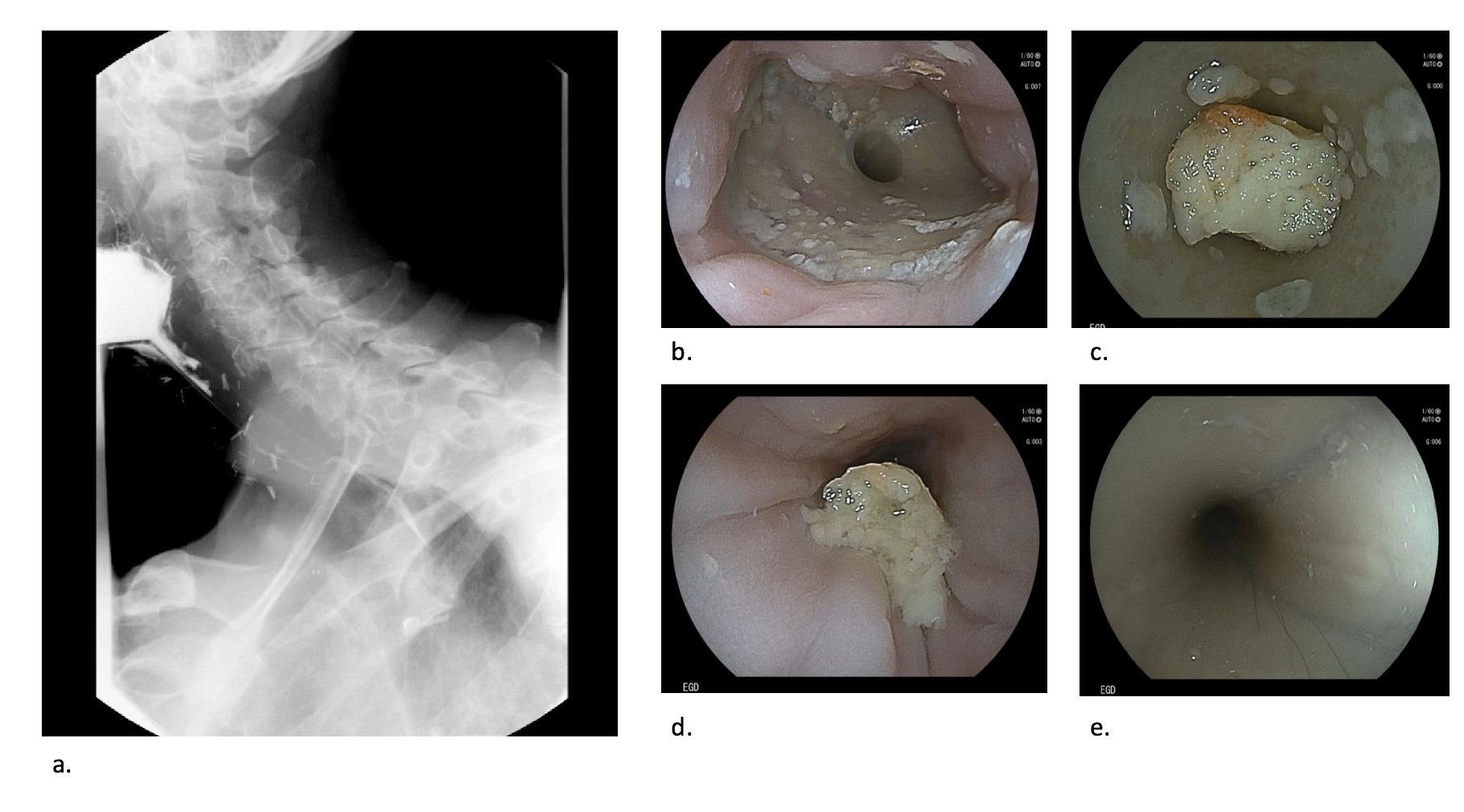