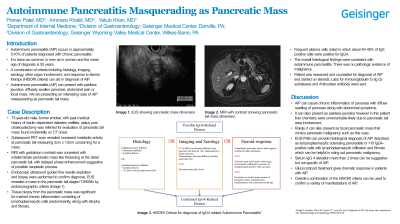 Introduction: Autoimmune pancreatitis (AIP) occurs in approximately 5-10% of patients diagnosed with chronic pancreatitis. It is twice as common in men as in women and the mean age of diagnosis is 55 years. A combination of criteria including histology, imaging, serology, other organ involvement, and response to steroid therapy (HISORt criteria) can aid in diagnosis of AIP. AIP can present with painless jaundice, diffusely swollen pancreas, abdominal pain or focal mass. We are presenting an interesting case of AIP masquerading as pancreatic tail mass.

Discussion: AIP can cause chronic inflammation of pancreas with diffuse swelling of pancreas along with abdominal symptoms. It can also present as painless jaundice however in this patient liver chemistry were unremarkable likely due to pancreatic tail area involvement. Rarely, it can also present as focal pancreatic mass that mimics pancreatic malignancy such as this case. EUS-FNB can provide histological diagnosis of AIP described as lymphoplasmacytic sclerosing pancreatitis or >10 IgG4-positive cells with lymphoplasmacytic infiltration and fibrosis. Serum IgG 4 elevation more than 2 times can be suggestive but not specific of AIP. Glucocorticoid treatment gives dramatic response in patients with AIP. Overall a combination of the HISORt criteria can be used to confirm a variety of manifestations of AIP. 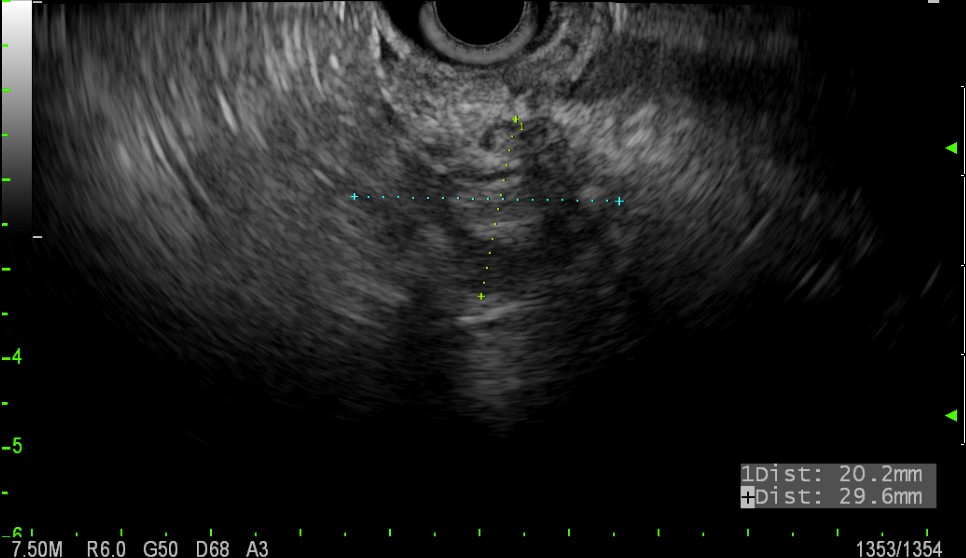