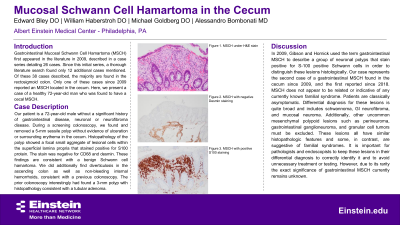 Introduction: Gastrointestinal Mucosal Schwann Cell Hamartoma (MSCH) first appeared in the literature in 2009, described in a case series detailing 26 cases. Since this initial series, a thorough literature search found only 12 additional cases mentioned. Of these 38 cases described, the majority are found in the rectosigmoid colon. Only one of these cases since 2009 reported an MSCH located in the cecum. Here, we present a case of a healthy 72-year-old man who was found to have a cecal MSCH.

Case Description/Methods: Our patient is a 72-year-old male without a significant history of gastrointestinal disease, neuronal or neurofibroma disease. During a screening colonoscopy, we found and removed a 5-mm sessile polyp without evidence of ulceration or surrounding erythema in the cecum. Histopathology of the polyp showed a focal small aggregate of lesional cells within the superficial lamina propria that stained positive for S100 protein. The stain was negative for CD68 and desmin. These findings are consistent with a benign Schwann cell hamartoma. We did additionally find diverticulosis in the ascending colon as well as non-bleeding internal hemorrhoids, consistent with a previous colonoscopy. The prior colonoscopy interestingly had found a 3-mm polyp with histopathology consistent with a tubular adenoma.

Discussion: In 2009, Gibson and Hornick used the term gastrointestinal MSCH to describe a group of neuronal polyps that stain positive for S-100 positive Schwann cells in order to distinguish these lesions histologically. Our case represents the second case of a gastrointestinal MSCH found in the cecum since 2009, and the first reported since 2018. MSCH does not appear to be related or indicative of any currently known familial syndrome. Patients are classically asymptomatic. Differential diagnosis for these lesions is quite broad and includes schwannoma, GI neurofibroma, and mucosal neuroma. Additionally, other uncommon mesenchymal polypoid lesions such as perineuroma, gastrointestinal ganglioneuroma, and granular cell tumors must be excluded. These lesions all have similar histopathologic features and some, in contrast, are suggestive of familial syndromes. It is important for pathologists and endoscopists to keep these lesions in their differential diagnosis to correctly identify it and to avoid unnecessary treatment or testing. However, due to its rarity the exact significance of gastrointestinal MSCH currently remains unknown. 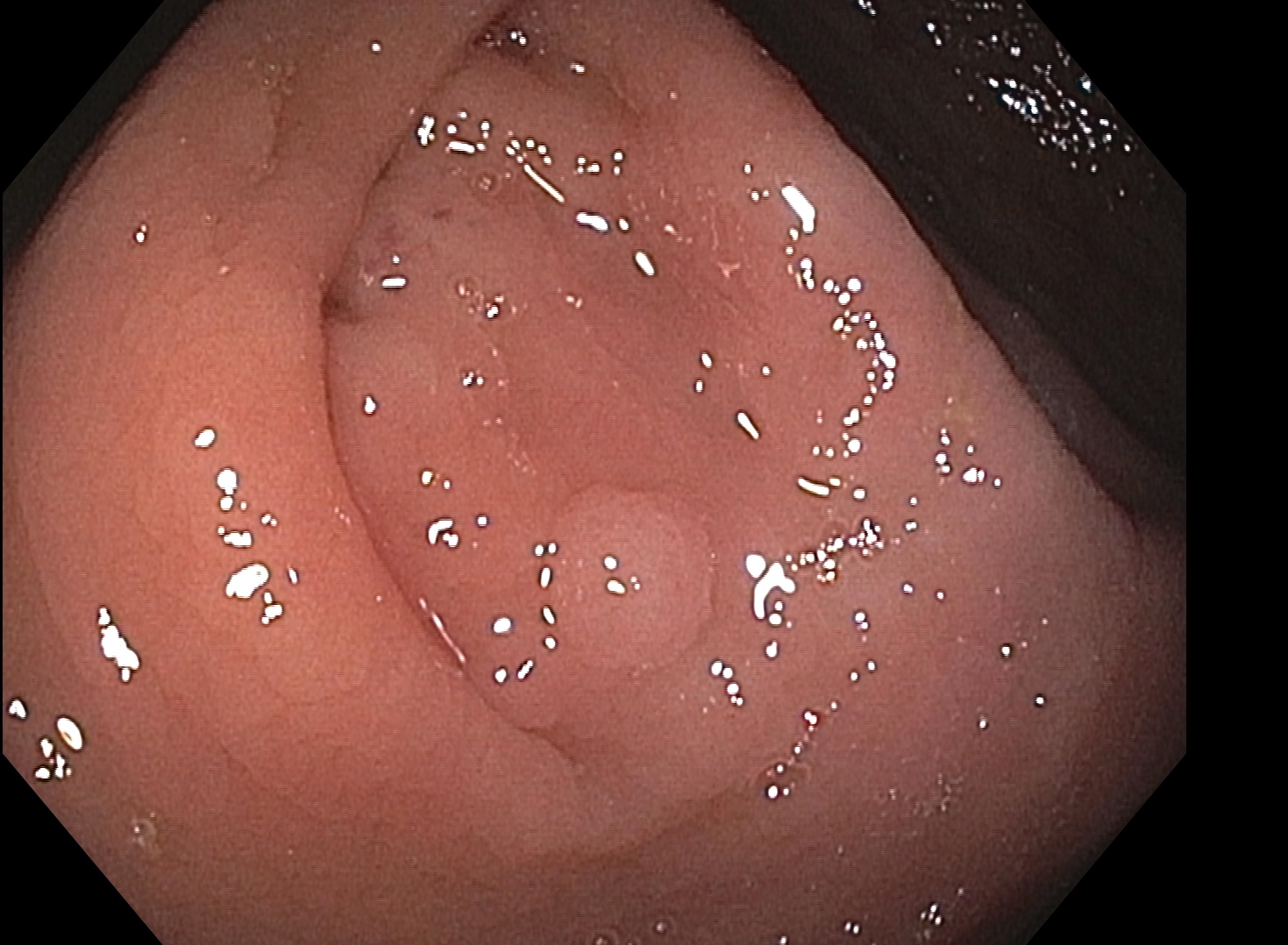