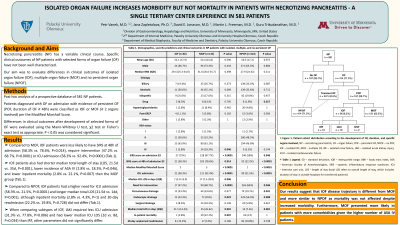 Methods: We performed a post hoc analysis of a prospectively maintained database of 581 NP patients managed at our center between 2009 to 2020. Patients diagnosed with OF on admission with evidence of persistent OF (POF, duration of OF ≥ 48h) were classified as IOF or MOF (≥ 2 organs involved) per the Modified Marshall Score. Baseline characteristics including demographics, ASA score, etiology of NP, systemic inflammatory response syndrome (SIRS) criteria, and clinical outcomes were recorded. Differences in clinical outcomes after development of selected forms of OF were evaluated using the Mann-Whitney U test, χ2 test or Fisher's exact test as appropriate. P < 0.05 was considered significant.

Discussion: Our results suggest that IOF disease trajectory is different from MOF and more similar to NPOF as mortality was not affected despite increased morbidity. Furthermore, MOF presented more likely in patients with more comorbidities given the higher number of ASA IV patients. 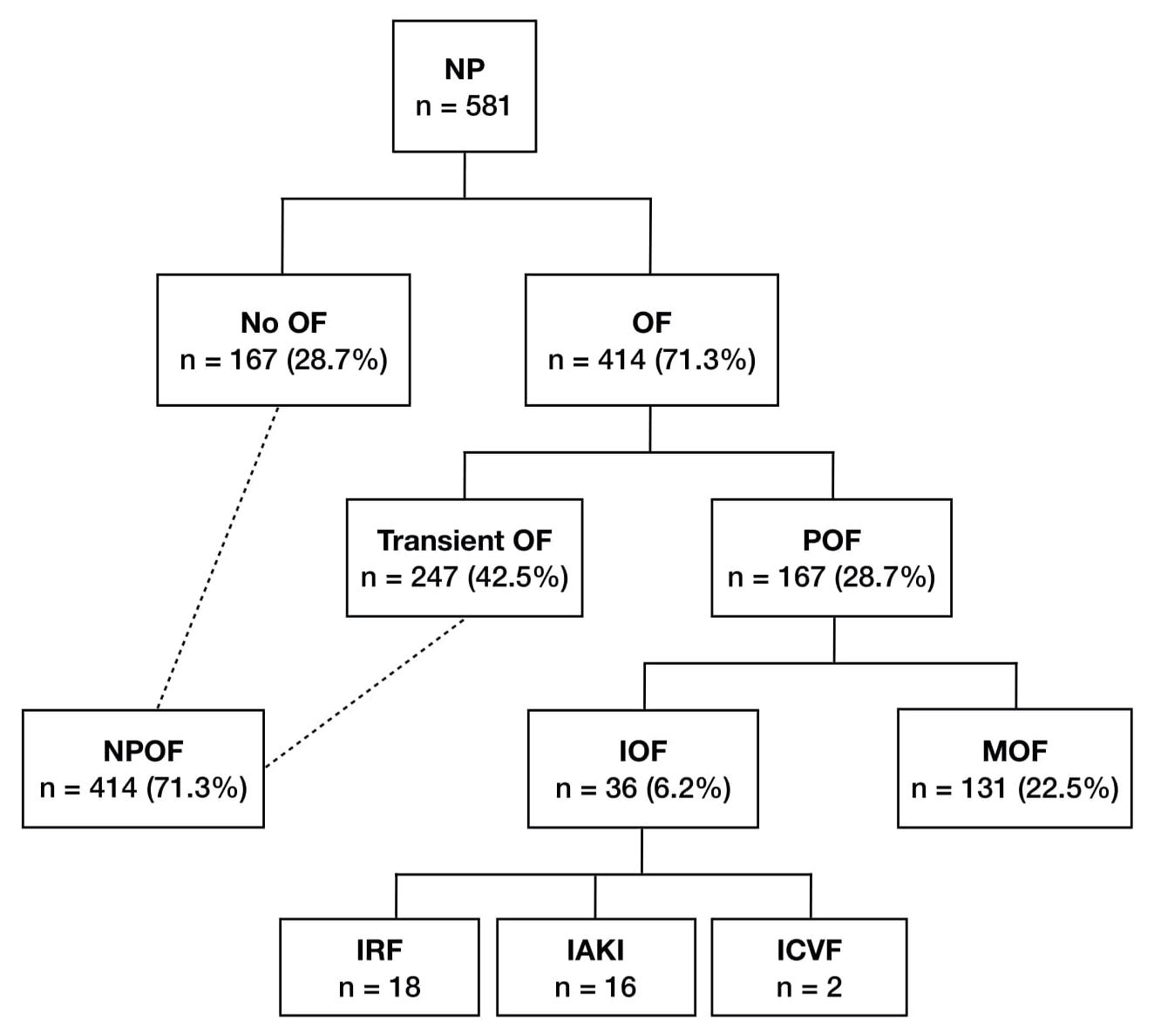