Case Description/Methods: 70 year old woman who presented with complaints of epigastric abdominal pain for the past 3 days with radiation to the back. Initial vitals revealed BP 122/77 mm Hg, RR 16, Temp 97.9 and Pulse 67. Abdominal examination revealed epigastric tenderness without guarding or rebound tenderness. Initial labs revealed Hb 11.3, WBC count of 11200, platelet count of 206,000, BUN 17, Cr 0.61 and glucose 145. LFT's revealed AST 99, AST 303, ALP 133, total bilirubin 1.5 and albumin of 3.4. Lipase was elevated at more than 600. Triglycerides were normal at 33. Hepatitis panel was negative.

CT imaging was done which showed mild hypoenhancement of the pancreatic head without surrounding edema which may represent acute interstitial pancreatitis. It also showed previous cholecystectomy. Diagnosis of pancreatitis was made. Interestingly, her imaging also revealed congenital malrotation of the small bowel with the duodenum anterior to the pancreas and not crossing the midline. There is also congenital abnormal configuration of pancreatic head and uncinate process which is anterior to the SMA and SMV and to the left of midline. MRCP was done which showed no choledocholithiasis or bile duct dilation. Patient denied any previous episodes of pancreatitis or history of alcohol use . Her current episode of pancreatitis was likely related to her congenital pancreatic and midgut abnormality. Patient was managed conservatively and her symptoms improved significantly.

Discussion: Majority of patients with midgut malrotation (approximately 80%) present within first month of life. Only very few patients remain asymptomatic or present at later stage with acute or vague abdominal pain. Pancreatitis associated with midgut malrotaion is rarely documented in literature (less than 5 case reports) and most of these cases have been reported in adolescents. Ladd's procedure was done in these cases to correct midgut malrotation. Diagnosis in adults is often made incidentally on imaging studies.

In conclusion, this case identifies the importance of realizing that some congenital anomalies can present symptomatically later in adult life and should be considered in differential diagnosis. 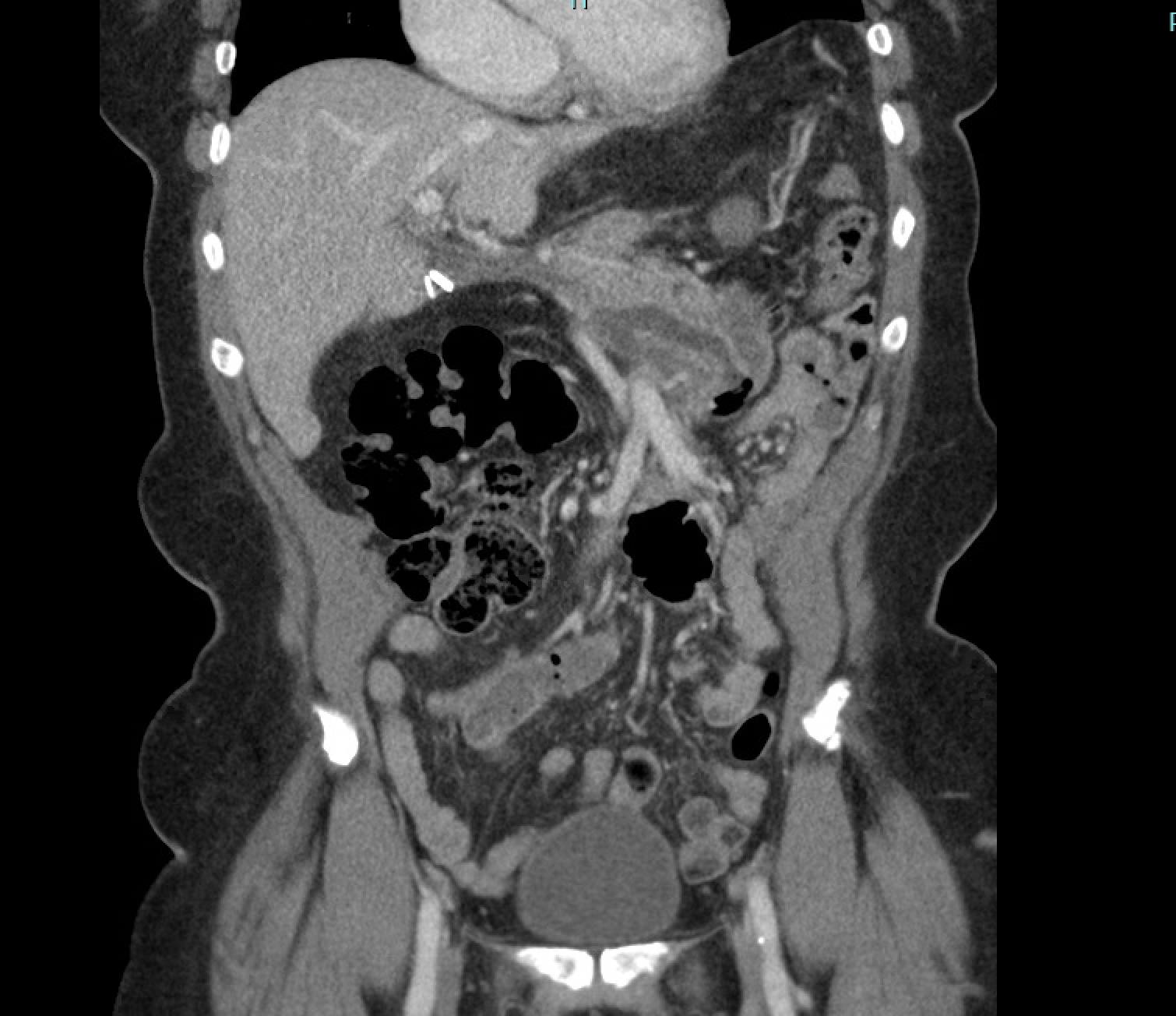 Figure: Malrotation of midgut with duodenum never crossing the midline.