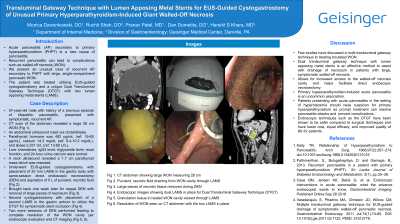 He underwent EUS-guided cystogastrostomy with placement of 20mm LAMS in the gastric body with same-session direct endoscopic necrosectomy (DEN) and aspiration of 5 liters of purulent, necrotic fluid (Fig 1.2). He was brought back one week later for repeat DEN with removal of large pieces of necrosum (Fig 1.3). He developed symptomatic stent occlusion several days later, which was cleared with repeat DEN through the LAMS. One week after, he had stent re-occlusion thus a second cystogastrostomy was created with placement of a second LAMS in the gastric antrum to utilize the DTGT (Fig 1.4). Two more sessions of DEN were performed, and the patient achieved complete resolution of the WON cavity per endoscopic evaluation and CT imaging using this unique approach (Fig 1.5, 1.6).

Discussion: DTGT with LAMS is an effective method to assist with drainage of necrosum in patients with large, symptomatic WON. This method allows for increased access to the WON cavity and helps facilitate DEN. PHPT-induced AP is an uncommon association. Patients presenting with AP in the setting of hypercalcemia should raise suspicion for PHPT as prompt treatment can resolve pancreatitis attacks and can also prevent complications from AP, including WON. If complications develop, endoscopic techniques such as the DTGT are a safer alternative to surgical interventions. 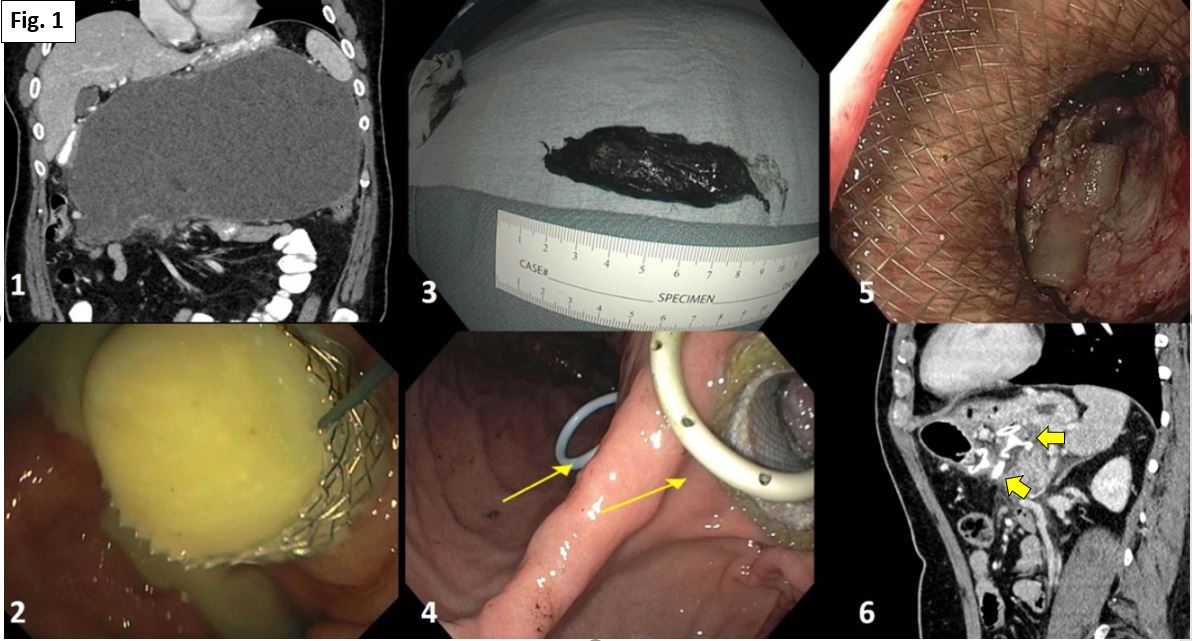 Fig 1.6 Resolution of WON seen on CT abdomen with the two LAMS in place