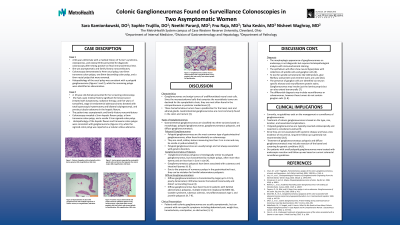 Case Description/Methods: Case 1
A 60-year-old female with a history of Turner’s syndrome presented for colonoscopy after a positive fecal immunochemical test. She denied any GI symptoms. Colonoscopy demonstrated a 4mm cecal polyp, one 8mm descending colon polyp, and a 6mm rectal polyp. Histopathology of the cecal polyp was consistent with a polypoid ganglioneuroma (Figure 1a and 1b), while the remaining polyps were adenomatous.

Case 2
A 49-year-old female with a history of breast and endometrial cancer presented for screening colonoscopy. She denied GI symptoms as well as family history of GI malignancy. Colonoscopy revealed a 2mm hepatic flexure polyp, a 6mm transverse colon polyp, and a sessile 2.5cm sigmoid colon polyp. Histopathology of the hepatic flexure and transverse colon polyps were consistent with ganglioneuroma (Figure 1c and 1d), while the sigmoid colon polyp was reported as a tubular-villous adenoma. 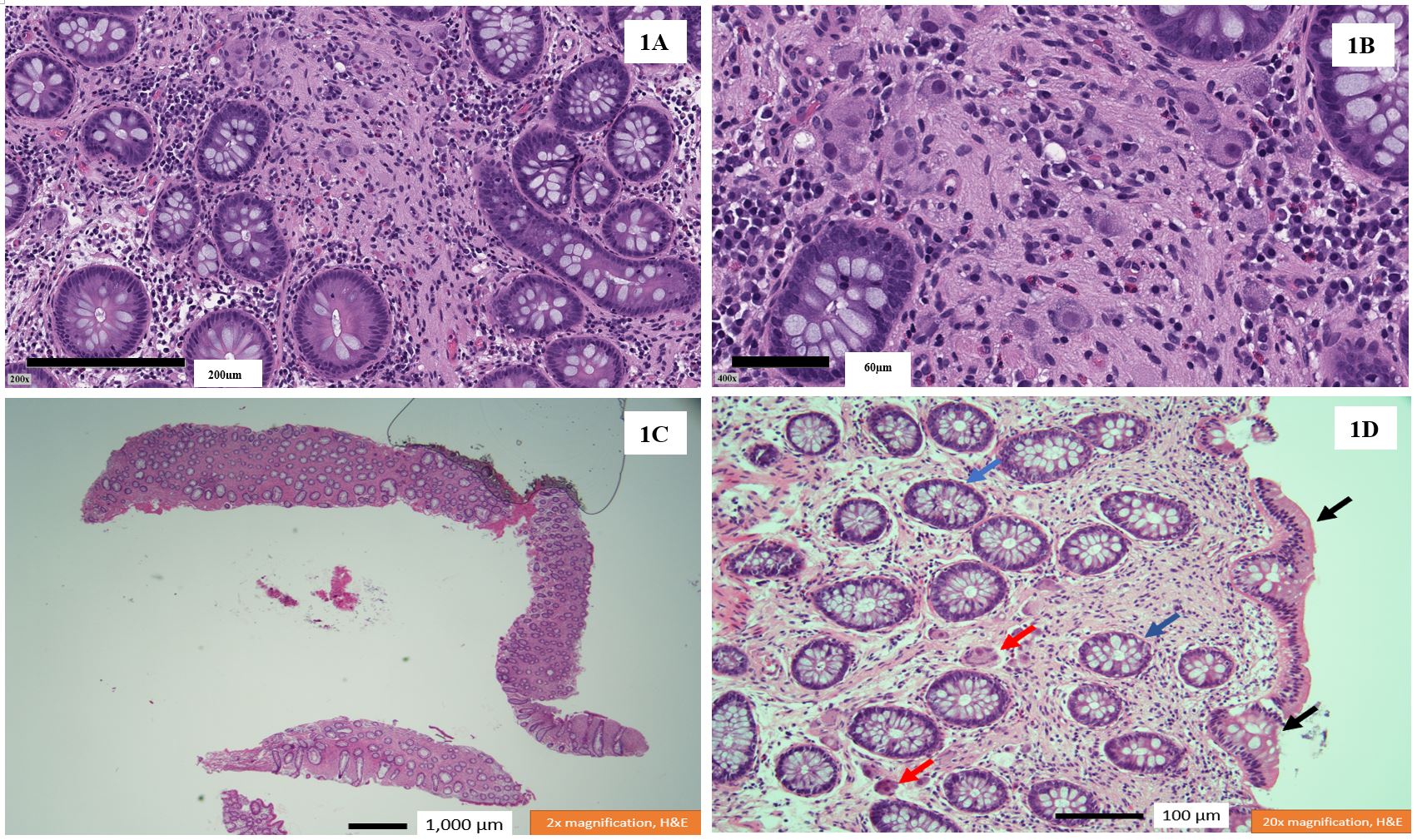