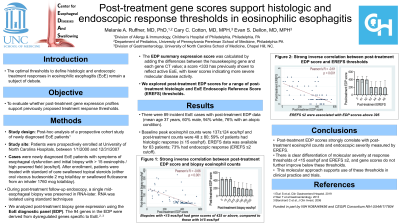 Discussion: : Post-treatment EDP scores strongly correlate with post-treatment eosinophil counts and endoscopic severity measured by EREFS. There is clear differentiation of molecular severity at response thresholds of < 15 eos/hpf and EREFS ≤2, and gene scores do not further improve below these thresholds. This molecular approach supports use of these thresholds in clinical practice and trials. 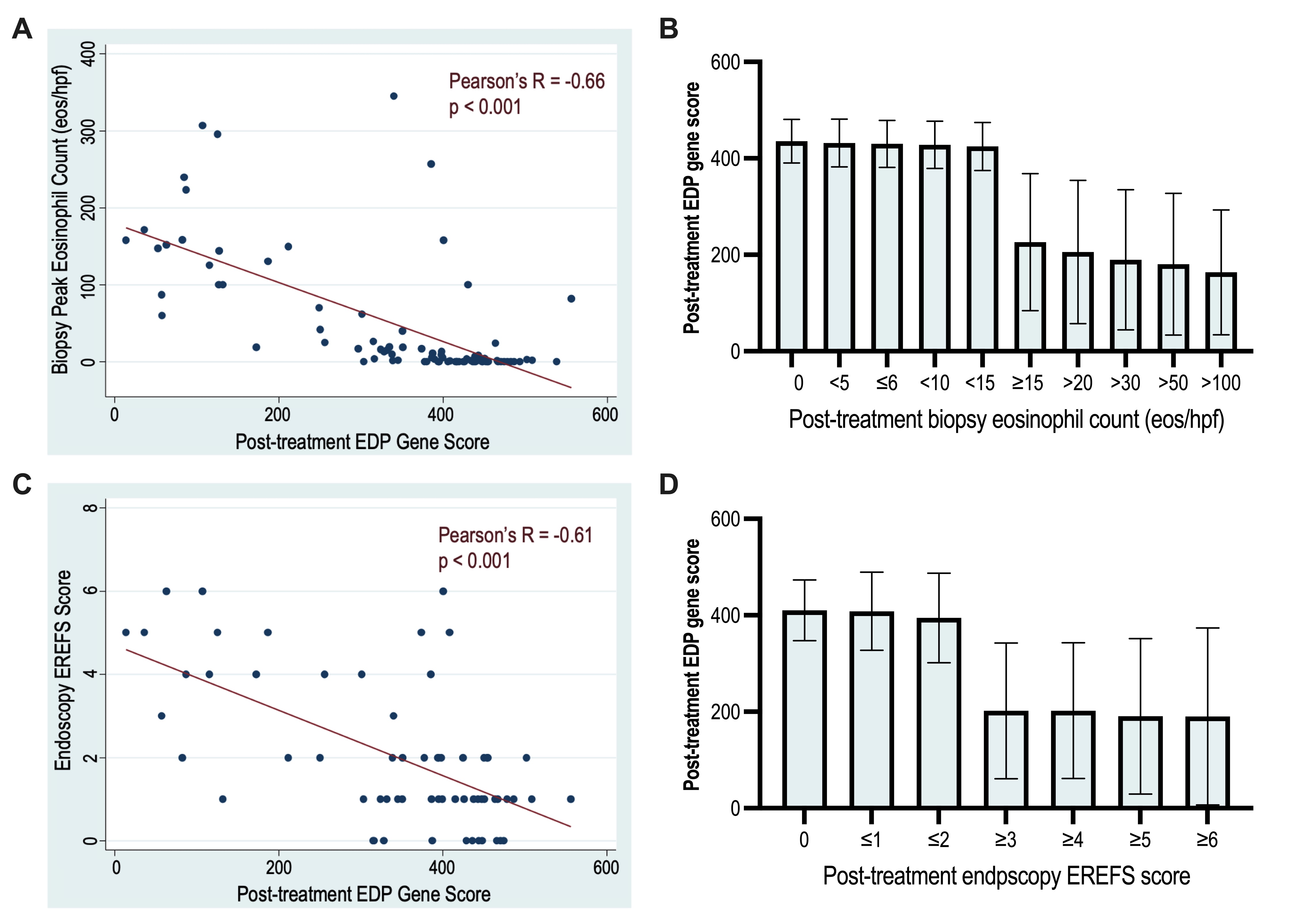