P2426 - Lichenoid Esophagitis: An Atypical Etiology of Dysphagia in a Young Male 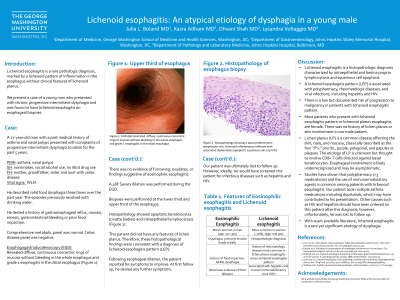 Introduction: Lichenoid esophagitis is a rare pathologic diagnosis, marked by a lichenoid pattern of inflammation in the esophagus without features of lichenoid planus. We present a case of a young male who presented with chronic progressive intermittent dysphagia and was found to have lichenoid esophagitis on esophageal biopsies.

Case Description/Methods: A 27 year old male with a history of asthma and nasal polyps presented with complaints of progressive intermittent dysphagia to solids for the past 5 years. He describes solid food dysphagia three times over the past year. The episodes previously resolved with drinking water. He denied a history of gastroesophageal reflux, nausea, emesis, gastrointestinal bleeding or prior food impaction. His family history was significant for a mother, grandfather, sister and aunt with celiac disease. Comprehensive metabolic panel was normal. Celiac disease panel was negative. His medications included dupilumab, budesonide, formoterol, and albuterol for asthma. He denied drug or tobacco use, and reported social alcohol use. Esophagogastroduodenoscopy revealed diffuse, continuous concentric rings of mucosa without bleeding in the whole esophagus and grade 1 esophagitis in the distal esophagus. There was no evidence of furrowing, exudates, or findings suggestive of eosinophilic esophagitis. A 48F Savary dilation was performed with resolution of dysphagia. Biopsies were performed at the lower third and upper third of the esophagus and showed lichenoid esophagitis (Figure 1). 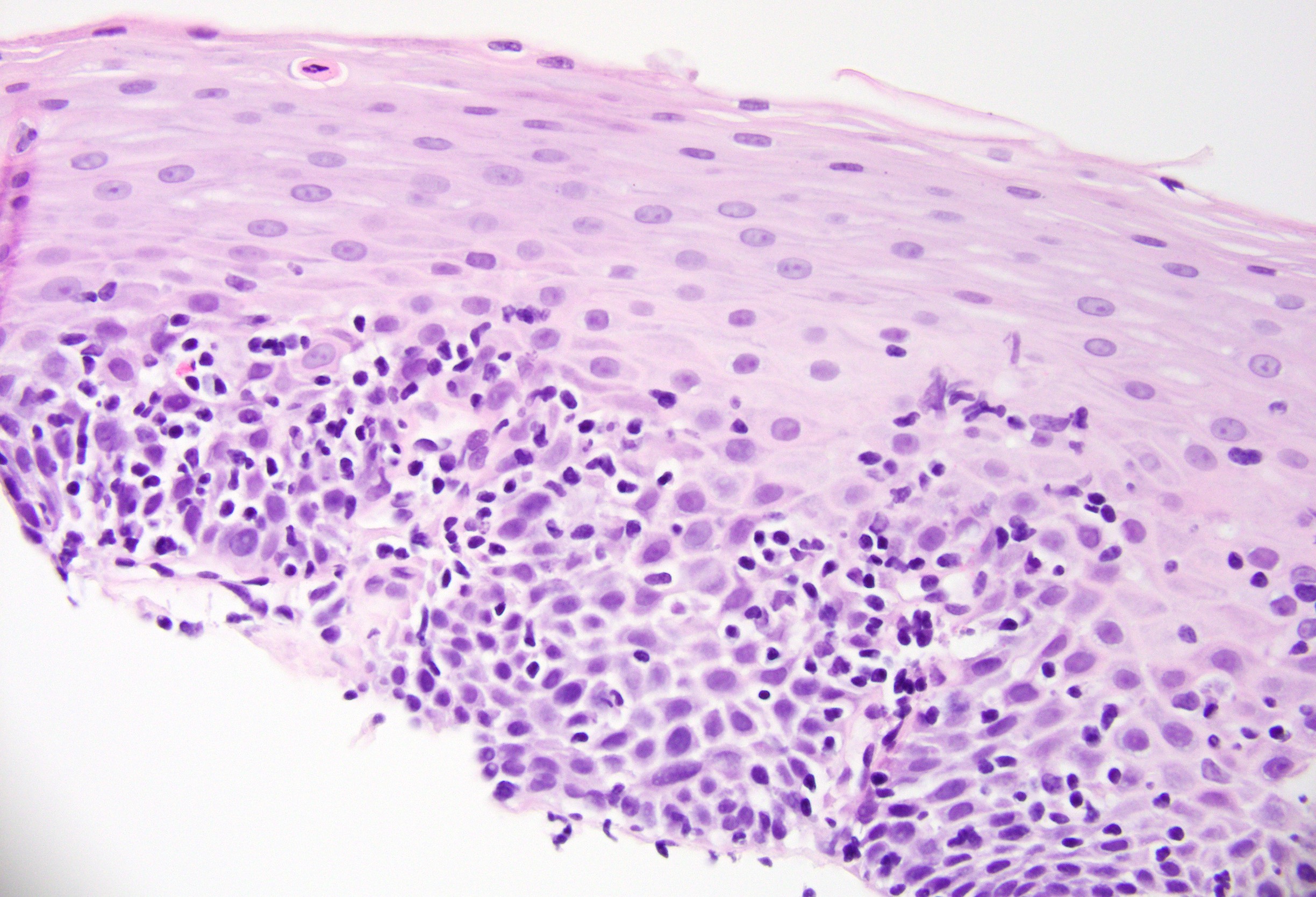