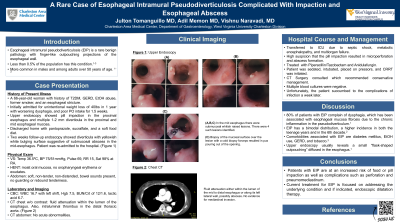 Introduction: Esophageal intramural pseudodiverticulosis (EIP) is a rare benign pathology of unknown etiology characterized by finger-like outpouching projections of the esophageal wall. It is estimated that less than 0.5% of the population has this condition. It is more common in males and among older adults more than 50 years old. Raising awareness of this rare entity among gastroenterological providers would improve care and treatment of potential complications.

Case Description/Methods: A 66-year-old woman with history of T2DM, GERD, EtOH abuse, former smoker, and an esophageal stricture with dilation was initially admitted for unintentional weight loss of 40 lbs in 1 year with worsening dysphagia, and poor PO intake for 1.5 weeks. An upper endoscopy showed pill impaction in the proximal esophagus just below the UES that was gently removed. Also seen multiple 1-2 mm diverticula in the proximal and mid esophageal mucosa. She was discharged home with pantoprazole, sucralfate, and a soft food diet. Two week follow-up endoscopy showed diverticula now with yellowish white bulging surface suggestive of submucosal abscess in the mid-esophagus. The patient was re-admitted to the hospital and a CTA of the chest reported fluid attenuation within the lumen of the mid to distal esophagus and intraluminal thrombus in the distal thoracic aorta. There was a high suspicion that the pill impaction resulted in microperforation and abscess formation. The patient was started on broad-spectrum antibiotics, anti fungals, and anticoagulation. Unfortunately, the patient succumbed to the complications of infection a week later.

Discussion: It has been reported that 80% of patients with EIP complain of dysphagia, which has been associated with esophageal mucosa fibrosis due to the chronic inflammation in the pseudodiverticulum. EIP has a bimodal distribution, a higher incidence in both the teenage years and in the 6th decade, with a predilection for males. Comorbidities such as diabetes mellitus, EtOH use, GERD, and tobacco use have been associated with an increased risk for EIP. An endoscopy usually reveals a small “flask-shaped outpouching” diffused in the esophagus. Patients with EIP are at an increased risk of food or pill impaction as well as complications such as perforation and pneumomediastinum. The current treatment for EIP is focused on addressing the underlying condition and if indicated, endoscopic dilatation therapy 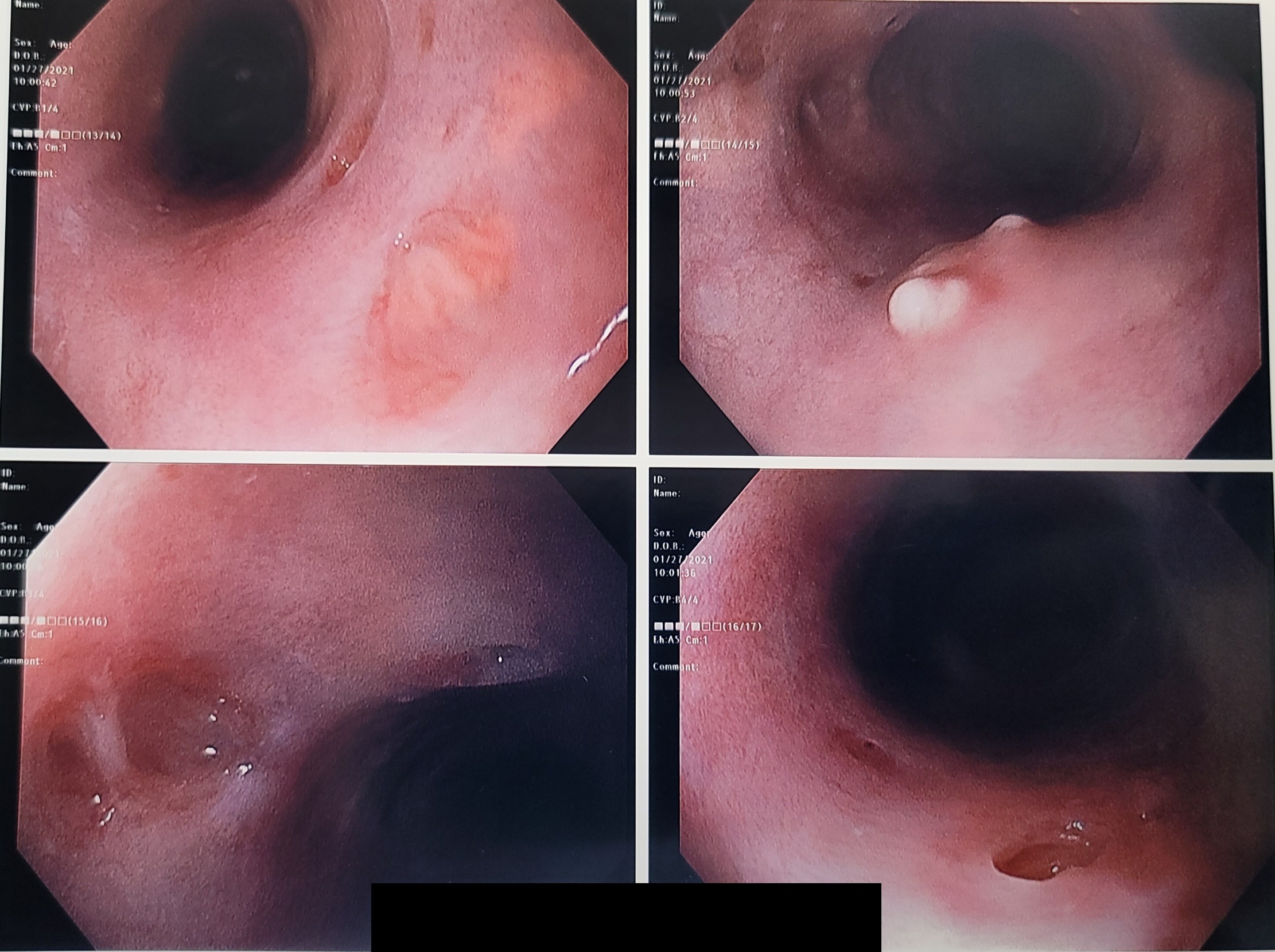