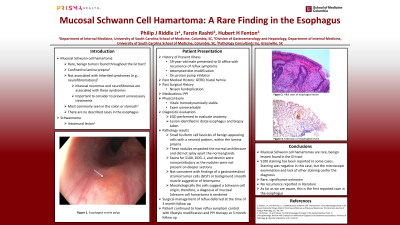 Case Description/Methods: A 59 year old male with a history of gastroesophageal reflux disease (GERD) and hiatal hernia status post Nissen fundoplication presented to the gastroenterology office due to recurrence of reflux symptoms despite diet modification and pharmacotherapy. The decision was made to proceed with esophagogastroduodenoscopy (EGD) to better assess the patient’s anatomy given his procedural history. An esophageal sessile polyp (Figure 1, panel A) was identified during EGD and biopsied. A sliding hiatal hernia and multiple gastric polyps were also identified and biopsied. The pathology specimen of the esophageal polyp revealed benign spindle cell proliferation with a neuroid pattern within the lamina propria (Figure 1, panels B and C) consistent with a mucosal Schwann cell hamartoma.

Discussion: A limited number of case reports exist describing mucosal Schwann cell hamartomas elsewhere in the GI tract, but this is the first case we are aware of in the literature identifying a lesion in the esophagus. 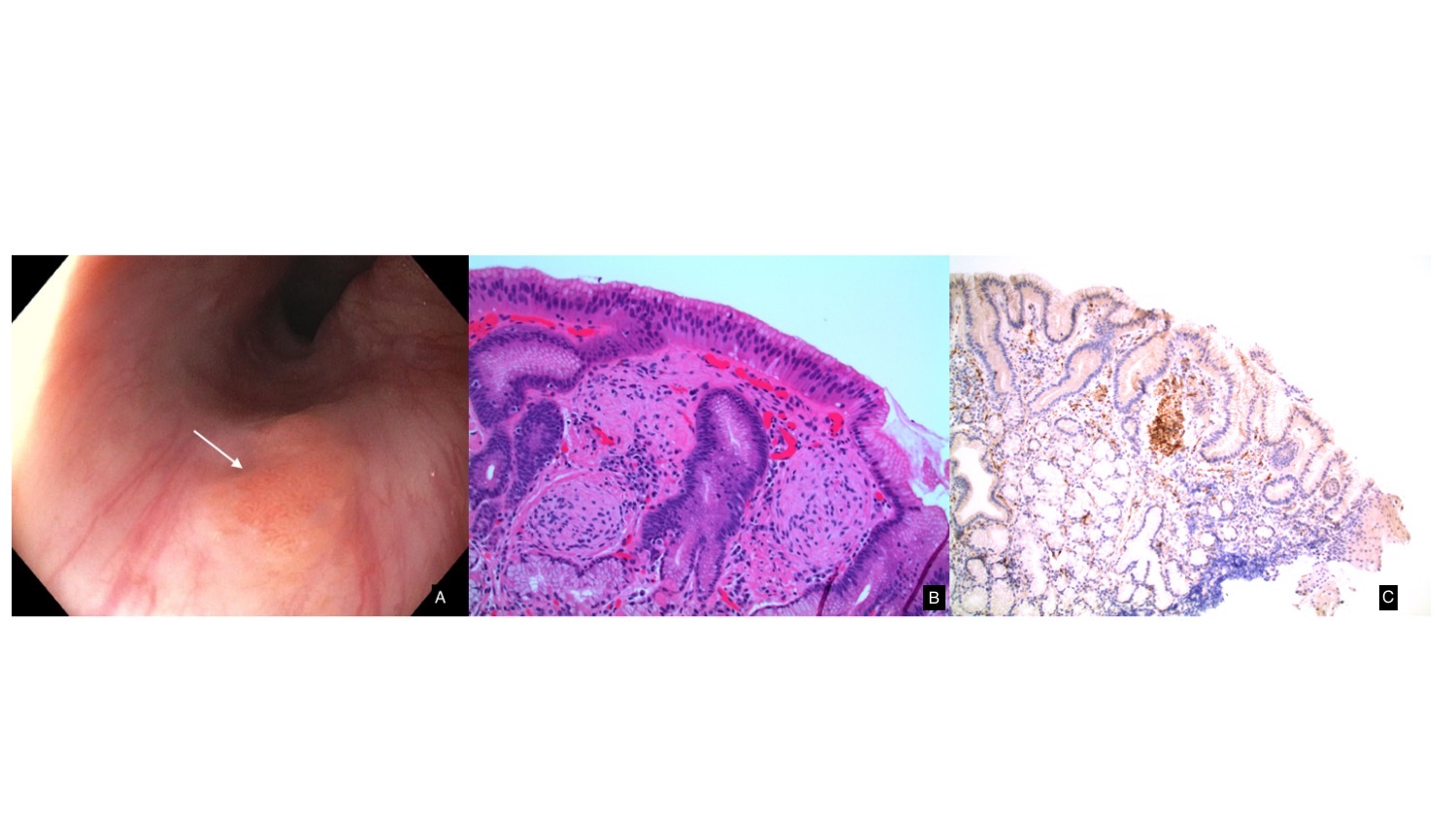