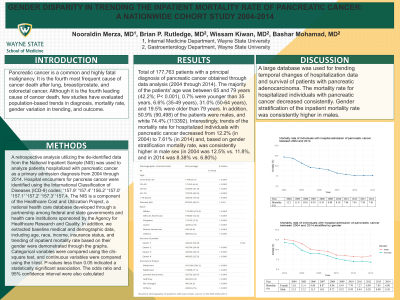 Methods: A retrospective analysis utilizing the de-identified data from the National Inpatient Sample (NIS) was used to analyze patients hospitalized with pancreatic cancer as a primary admission diagnosis from 2004 through 2014. Hospital encounters for pancreas cancer were identified using the International Classification of Diseases (ICD-9) codes; '157.9' '157.4' '156.2' '157.0' '157.1' '157.2' '157.3' '157.4. The NIS is a component of the Healthcare Cost and Utilization Project, a national health care database developed through a partnership among federal and state governments and health care institutions sponsored by the Agency for Healthcare Research and Quality. In addition, we extracted baseline medical and demographic data, including age, race, income, insurance status, and trending of inpatient mortality rate based on their gender were demonstrated through the graphs. Categorical variables were compared using the chi-square test, and continuous variables were compared using the t-test. P-values less than 0.05 indicated a statistically significant association. The odds ratio and 95% confidence interval were also calculated 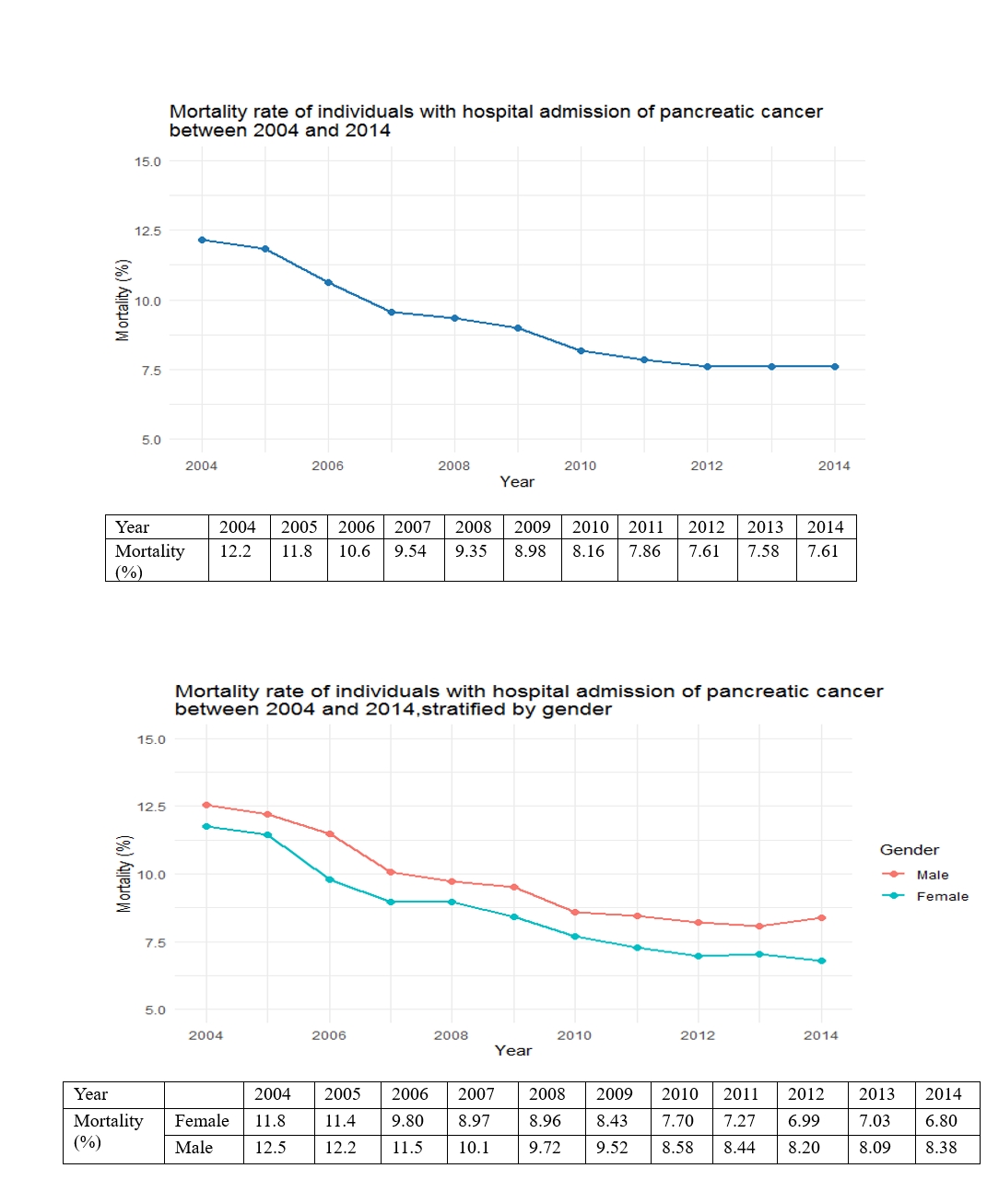 Figure: Average and gender stratified in-hospital mortality rate for pancreatic cancer from 2004 through 2014


Table: Baseline demography of patients with pancreatic cancer in the NIS 2004-2014