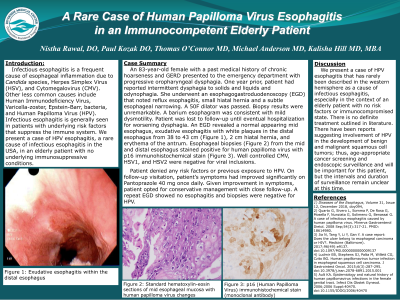 Case Description/Methods: An 83-year-old female with a past medical history of chronic hoarseness and GERD presented to the emergency department with progressive oropharyngeal dysphagia. One year prior, patient had reported intermittent dysphagia to solids and liquids and odynophagia. She underwent an esophagogastroduodenoscopy (EGD) that noted reflux esophagitis, small hiatal hernia and a subtle esophageal narrowing. A 50F dilator was passed. Biopsy results were unremarkable. A barium esophagram was consistent with mild dysmotility. Patient was lost to follow-up until eventual hospitalization for worsening dysphagia. An EGD revealed a normal appearing mid esophagus, exudative esophagitis with white plaques in the distal esophagus from 38 to 43 cm, 2 cm hiatal hernia, and erythema of the antrum. Esophageal biopsies from the mid and distal esophagus stained positive for human papilloma virus with p16 immunohistochemical stain (Figure 1). Well controlled CMV, HSV1, and HSV2 were negative for viral inclusions.


Patient denied any risk factors or previous exposure to HPV. On follow-up visitation, patient’s symptoms had improved significantly on Pantoprazole 40 mg once daily. Given improvement in symptoms, patient opted for conservative management with close follow-up. A repeat EGD showed no esophagitis and biopsies were negative for HPV.

Discussion: We present a case of HPV esophagitis that has rarely been described in the western hemisphere as a cause of infectious esophagitis, especially in the context of an elderly patient with no risk factors or immunocompromised state. There is no definite treatment outlined in literature. There have been reports suggesting involvement of HPV in the development of benign and malignant squamous cell tumors; thus, age-appropriate cancer screening and endoscopic surveillance and will be important for this patient, but the intervals and duration of surveillance remain unclear at this time. 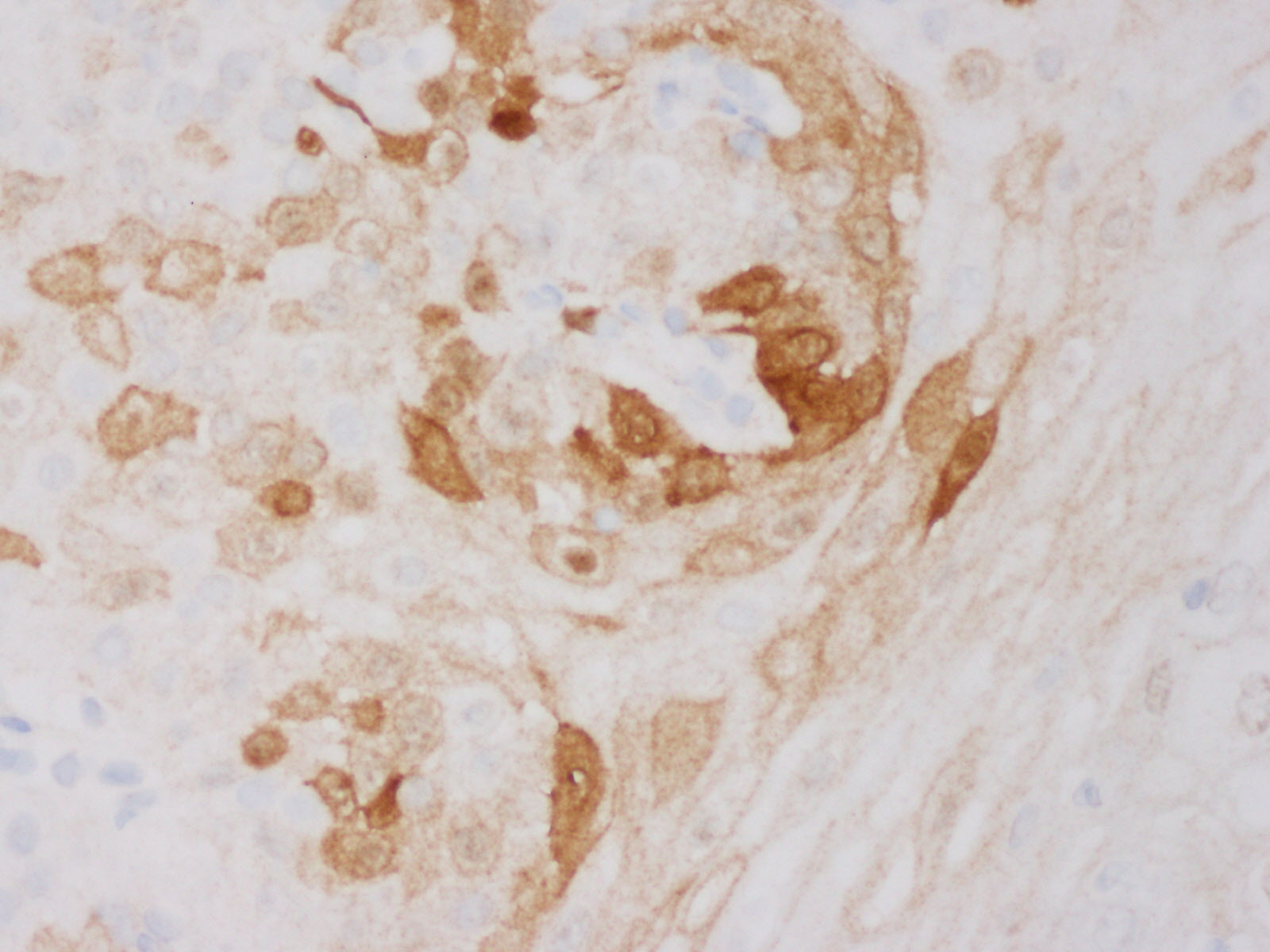