P1912 - Hepatic Arterial Portal Venous Fistulae, a Potentially Reversible Cause of the Sequela of Portal Hypertension 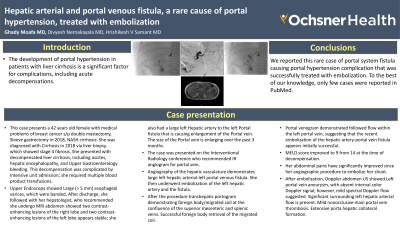 Introduction: Hepatic arterial portal fistulae(HAPF) are inappropriate connections between the hepatic artery and portal vein and are obscure causes of acquired portal hypertension. There have been a small number of cases reported since it was first described in 1892 by Sachs. These fistulae can cause significant morbidity and mortality due to portal hypertension, but unlike cirrhosis, are potentially curable. Therefore, early diagnosis and treatment are important.

Case Description/Methods: We present a 42 years old female with a history of NASH cirrhosis diagnosed via a liver biopsy decompensated with ascites, hepatic encephalopathy, and a history of esophageal variceal bleeds. In the past 6 months, the patient has been requiring increased frequency of paracentesis for ascites management and numerous emergency department admissions for hepatic encephalopathy. She presented to the emergency department with abdominal distension, shortness of breath, confusion, and hematemesis. She was admitted and managed for her decompensated liver disease including worsening ascites negative for spontaneous bacterial peritonitis, hepatic encephalopathy after ruling out other causes of encephalopathy, and a large variceal bleed confirmed with endoscopy which was banded. The patient underwent an MRI abdomen which showed two contrast-enhancing lesions and a large left hepatic artery to the left portal fistula that is causing enlargement of the portal vein compared to previous imaging (Figure1). After a multidisciplinary meeting, the consensus was to undergo angiography of the hepatic vasculature which demonstrated a large left hepatic arterial-left portal venous fistula. She then underwent successful embolization of the left hepatic artery and the fistula (Figuer2,3). Since the embolization, the patient has required less paracentesis to manage her ascites and no further admissions to the emergency department to date for hepatic encephalopathy or variceal bleeding. 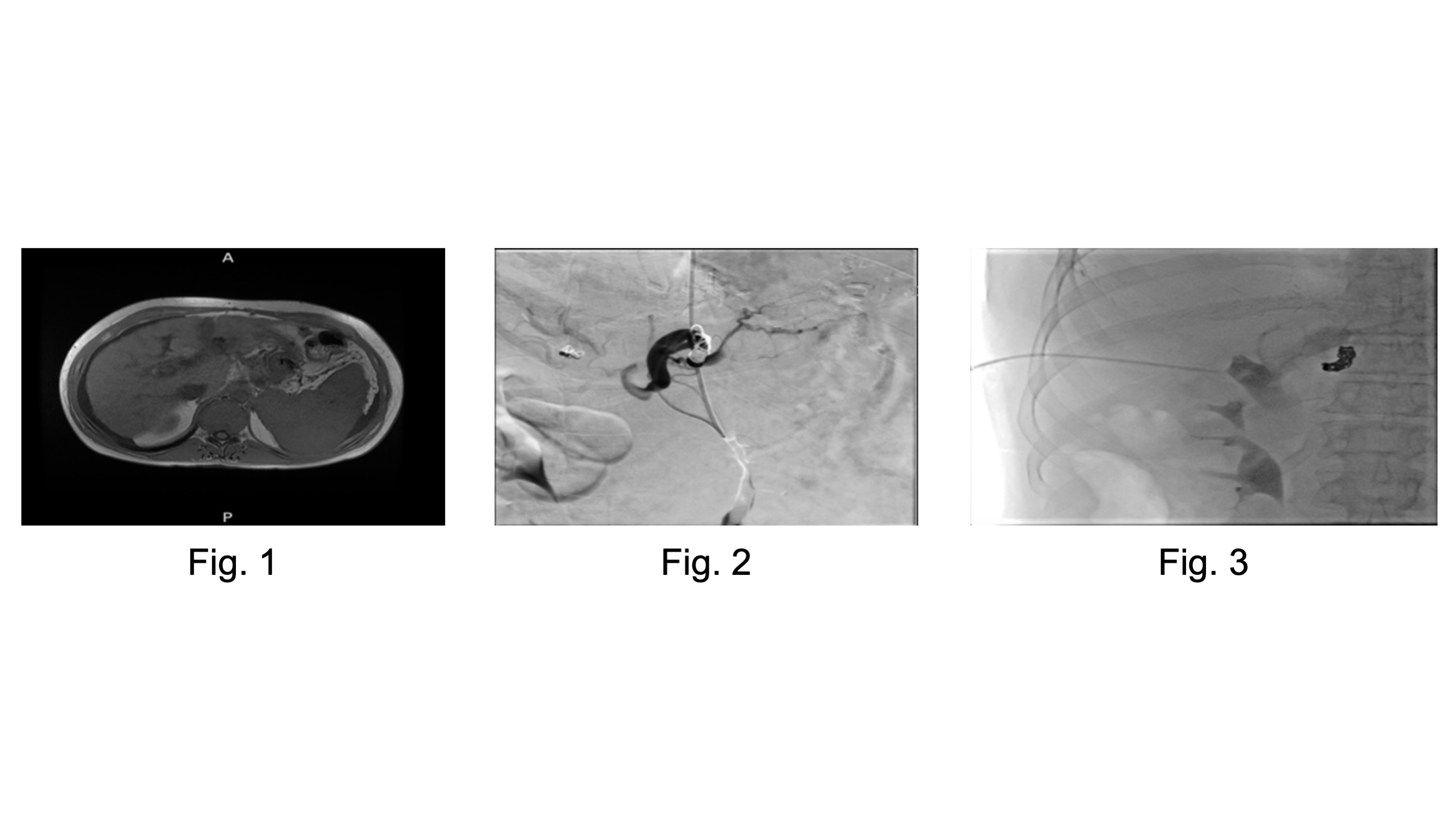