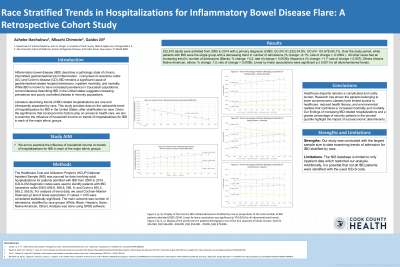 Introduction: Inflammatory bowel disease (IBD) describes a state of chronic, intermittent gastrointestinal inflammation, and remains a significant cause of inpatient morbidity. This study provides data on the nationwide trend of hospitalizations for IBD in the United States, after stratification by race. Given the significance that socioeconomic factors play on access to health care, we aim to examine the influence of household income on trends of hospitalizations for IBD in each of the major ethnic groups.

Methods: The Healthcare Cost and Utilization Project’s (HCUP) National Inpatient Sample (NIS) was sourced for data involving adult hospitalizations for patients admitted with IBD (2005 to 2014). ICD-9 codes were used to query patients, and analysis of trend data was conducted using the Cochran-Mantel-Haenszel χ2 test of linear association. P values < 0.05 were considered statistically significant. The main outcome was percent change in number of admissions over the study period, stratified by race. Our secondary outcome analyzed race stratified trends in the percent of patients belonging to the four quartiles of family income. Analysis was done using SPSS software.

Discussion: Healthcare disparity remains a complicated and costly burden. Research has shown the patients belonging to lower socioeconomic classes have limited access to healthcare, reduced health literacy, and environmental realities that contribute to increased morbidity and mortality. Our findings of increasing IBD-related hospitalizations and a greater percentage of minority patients in the poorest quartile highlight the impact of socioeconomic determinants. 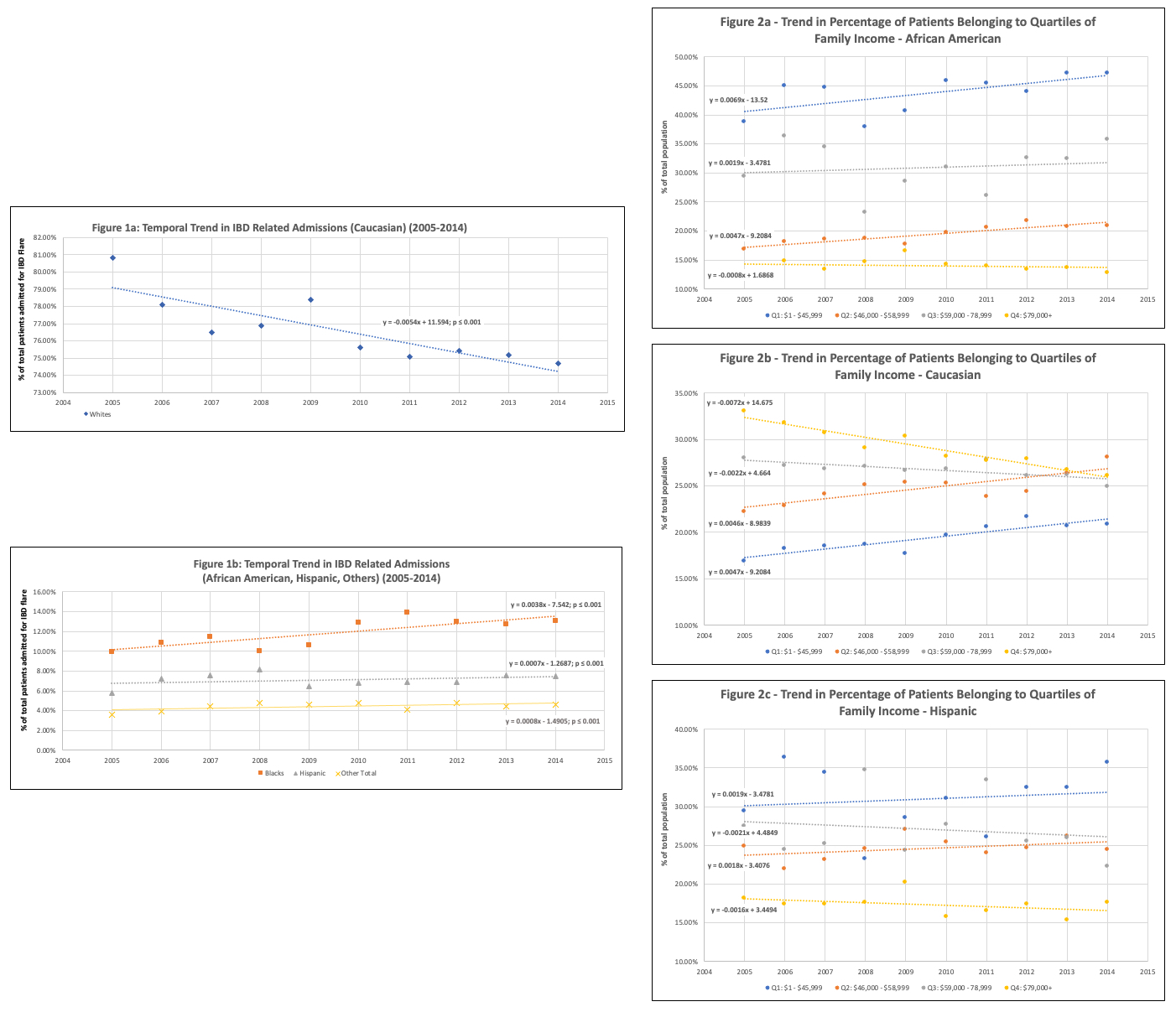