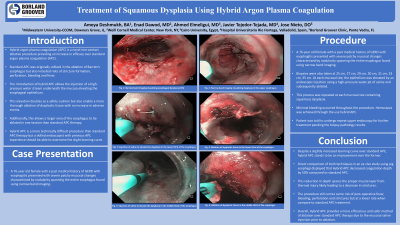 Introduction: Hybrid argon plasma coagulation (APC) is a novel non-contact ablative procedure providing an increase in efficacy over standard argon plasma coagulation (APC). Standard APC was originally utilized in the ablation of Barrett’s esophagus but also included risks of stricture formation, perforation, bleeding and fever. We show the usefulness of hybrid APC in the ablation of squamous cell dysplasia expanding upon the current uses for this therapy modality. The introduction of hybrid APC allows the injection of a high-pressure water stream underneath the mucosa elevating the esophageal epithelium. This elevation doubles as a safety cushion but also enable a more thorough ablation of dysplastic tissue with no increase in adverse events. Additionally, this allows a larger area of the esophagus to be ablated in one session than standard APC therapy. Hybrid APC is a more technically difficult procedure than standard APC therapy but a skilled endoscopist with previous APC experience should be able to overcome the slight learning curve.

Methods: A 76-year old female with a past medical history of GERD with esophagitis presented with severe patchy mucosal changes characterized by nodularity spanning the entire esophagus found using narrow band imaging. Biopsies were also taken at 25 cm, 27 cm, 29 cm, 30 cm, 31 cm, 33 cm, 35 cm. At each mucosal site, the epithelium was elevated by an endoscopic injection using a high-pressure water jet of saline and subsequently ablated. This process was repeated at each mucosal site containing squamous dysplasia. Minimal bleeding occurred throughout the procedure. Hemostasis was achieved through the use hybrid APC. Patient was told to undergo repeat upper endoscopy for further treatment pending the biopsy pathology results.

Discussion: Despite a slightly increased learning curve over standard APC, hybrid APC stands to be an improvement over the former. Direct comparison of both techniques in an ex vivo study using pig esophagi displayed that Hybrid APC decreased coagulation depth by 50% compared to standard APC. This reduction in depth spares the proper muscle layer from thermal injury likely leading to a decrease in strictures. The procedure still carries some risk of post-operative fever, bleeding, perforation and strictures but at a lower rate when compare to standard APC treatment. Overall, Hybrid APC provides a more efficacious and safer method of ablation over standard APC therapy due to the mucosal saline injection prior to ablation. 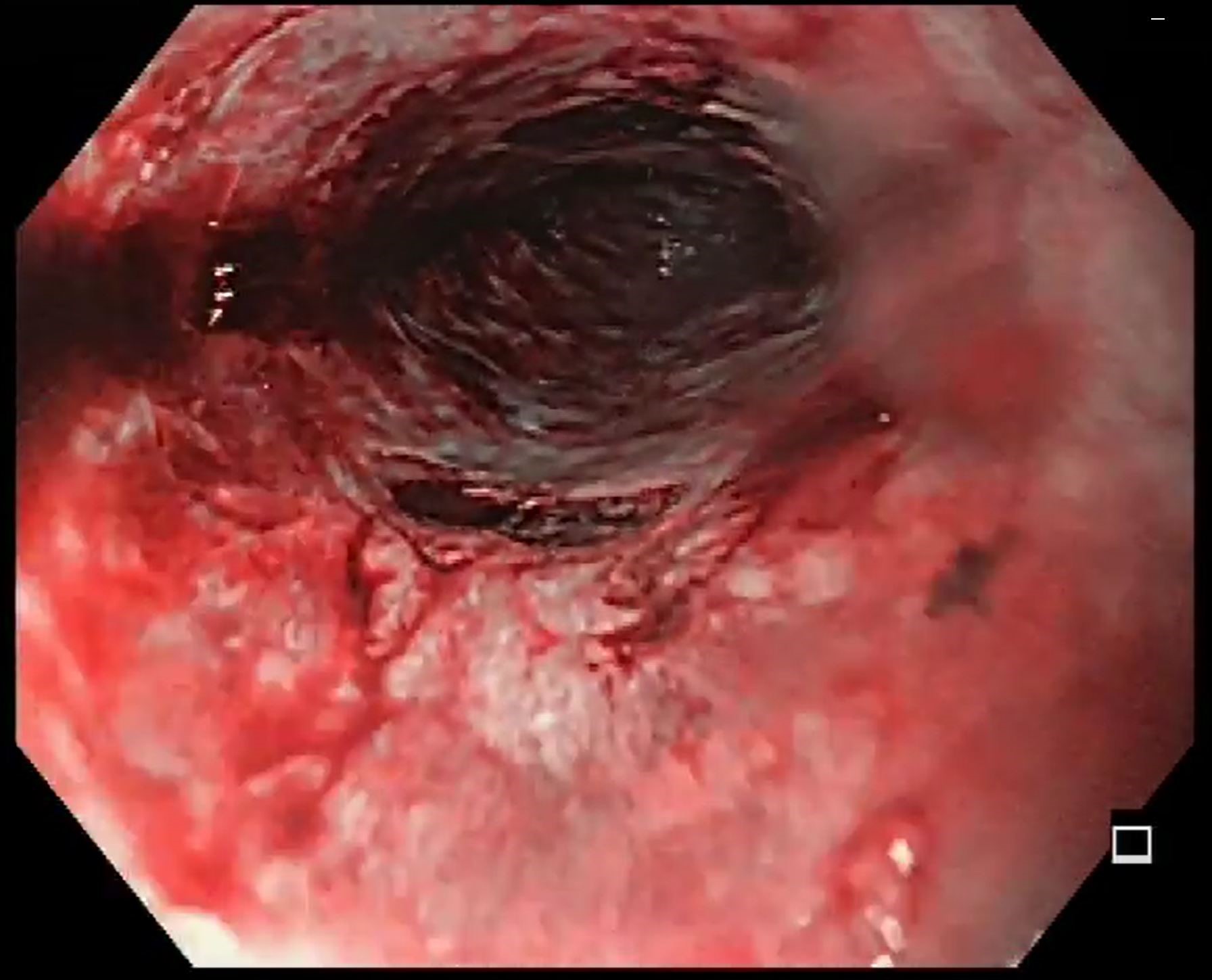 Narrow band imaging visualizing dysplasia throughout the esophagus prior to the lower esophageal sphincter (LES). 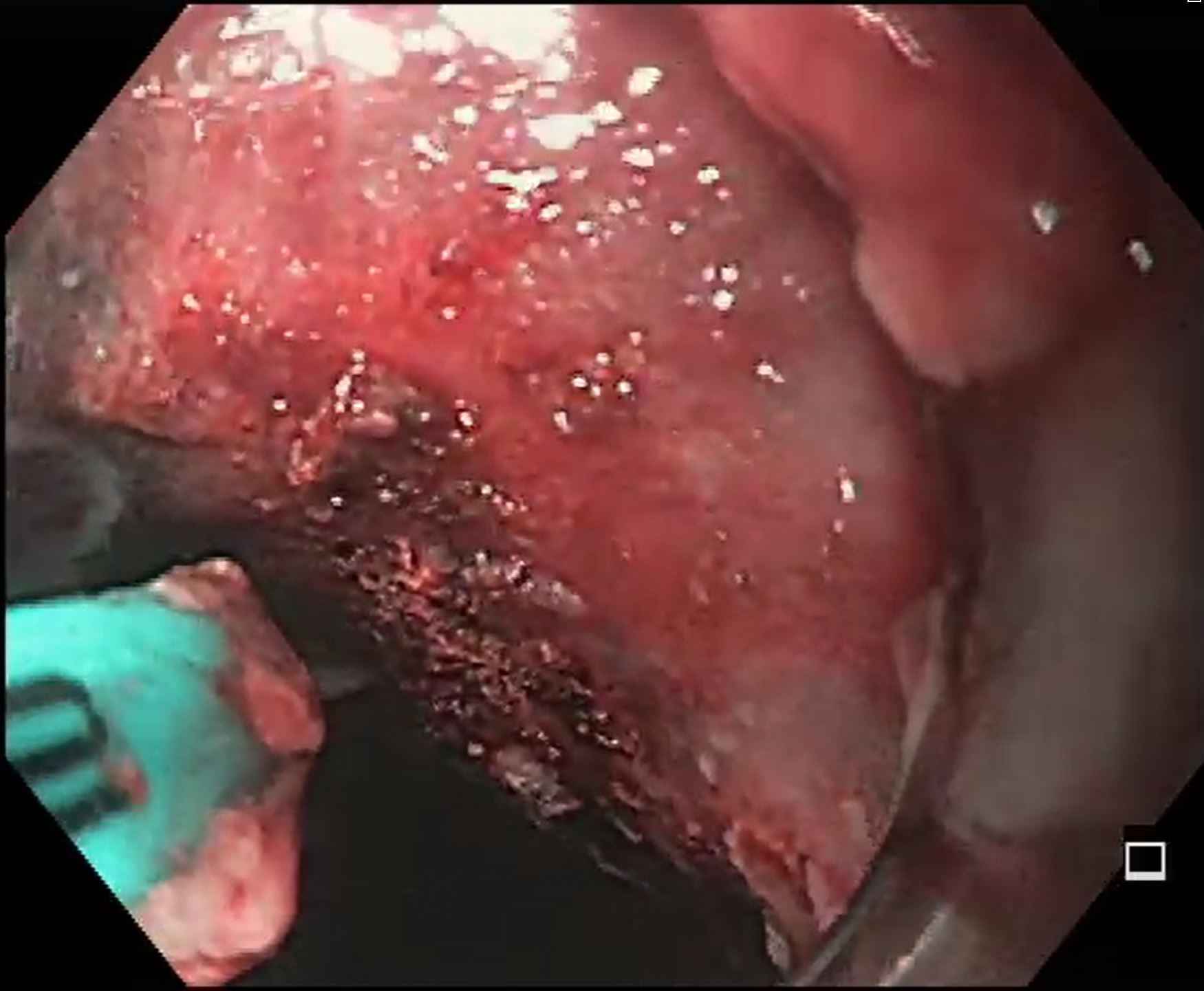 Ablation of dysplastic epithelium in the middle third of the esophagus. 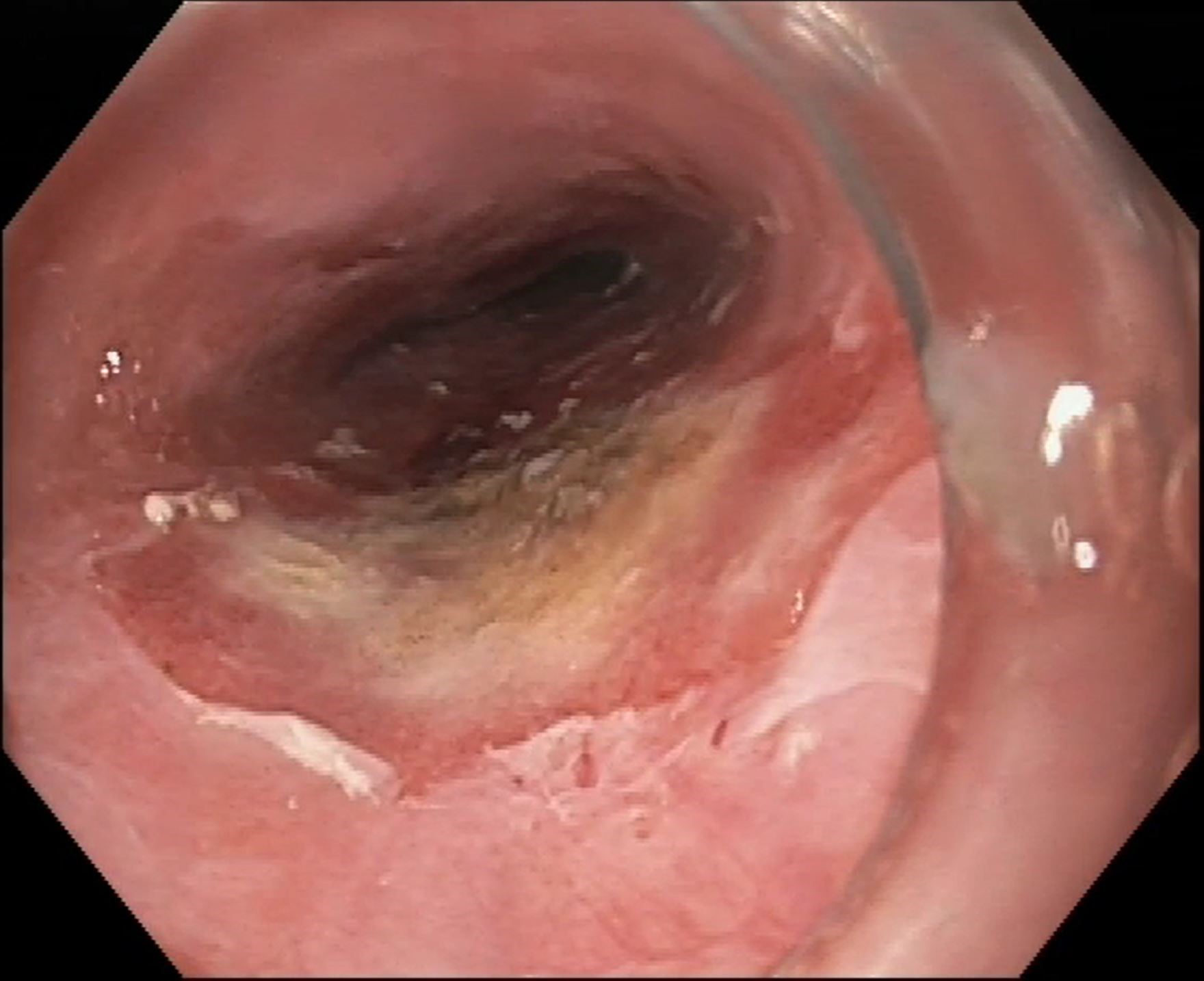 Endoscopic view of the esophagus post-ablation.